Subscribe Now Get The Financial Brand's FREE Email Newsletter
Moven, one of the original challenger banks, now relies more on enterprise platform applications than direct-to-consumer downloads. CEO Marek Forysiak says challenger banks must operate more like traditional banks if they expect to satisfy investors. He also explains what legacy banks and credit unions need to do to remain competitive. 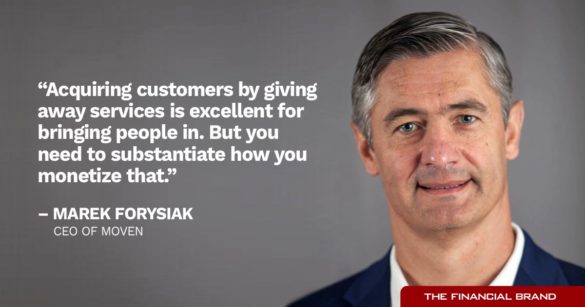