Subscribe Now Get The Financial Brand's FREE Email Newsletter
Focus groups have given banks and credit unions invaluable insights into consumer needs, which has helped with developing products and understanding how to best position them. Experts also recommend the strategic use of focus groups to pave the way for innovation and more effective advertising campaigns. Find out how Bank of America, Fifth Third, the Illinois Credit Union League and more have benefited from this type of research and learn some of their best practices.

Focus groups date back to the 1940s, when they were used to conduct market research for radio soap operas. While new research methods have been developed since then, focus groups remain highly valuable, and their insights inform a wide assortment of initiatives across financial institutions of all sizes.

Both Bank of America and Fifth Third Bank credit a focus group with providing key insights during the development of what would later become popular products. A Wisconsin credit union decided on the messaging for its latest advertising campaign with the help of a focus group. And the Illinois Credit Union League is using focus groups to learn more about historically underbanked communities in that state as part of an initiative to serve them better.

“You get better insight into ideas, opinions, and perceptions than you do with an online survey,” says Whaling, who has assembled and moderated focus groups on behalf of many banks and credit unions.

Focus groups are often used to learn about consumer pain points around personal finance, as with BofA and Fifth Third. Gathering opinions and perceptions related to product ideas and marketing campaigns is also common.

A participant in a focus group sparked the initial idea for Bank of America’s Life Plan, which launched nationally in October 2020. A moderator had asked what banks could do to maintain a lifelong customer relationship, and the participant said he needed a bank that provided more guidance, drawing a comparison to “mission control” helping astronauts in the space program stay on course after takeoff.

A year after the launch, more than 5 million customers were using Life Plan, which BofA said made it the bank’s most rapidly adopted digital feature of all time. Millennial and Gen Z customers accounted for 62% of the Life Plans created at that point.

Fifth Third’s Momentum app came about in a similar way.

In a focus group Fifth Third assembled years ago to explore the financial needs of millennials, a 30-year-old’s stress over student loan debt brought on tears.

“We routinely employ focus groups – often alongside other quantitative or qualitative methods and similar digital methods – to better understand our customers and their needs.”

The discussion led the bank to develop an app — launched in 2017 — that enabled users to round up debit card purchases and put the money toward paying down student loan balances faster. The app is still going strong, though not being actively promoted. In recent years the federal government has repeatedly suspended student loan payments because of the pandemic.

Besides, Fifth Third says it wants to avoid confusion, following the 2021 launch of a different offering with Momentum in its name. That offering — Momentum Banking — also incorporated features informed by a focus group.

“We routinely employ focus groups – often alongside other quantitative or qualitative methods and similar digital methods – to better understand our customers and their needs,” says Crews, vice president, market research.

Momentum Banking is an account that allows customers to set a goal, like saving for a vacation, and schedule money to move from checking to savings to meet their goal. It also has features called “Early Pay,” which provides customers with access to their paychecks two days early, and “Extra Time,” which gives them an extra day to make a deposit and avoid incurring an overdraft fee.

Fifth Third had conducted a study to identify which “jobs” customers needed help with in managing their finances. Based on the feedback, the bank focused on features linked to financial “jobs” around budgeting and paying bills when working on the product design for Momentum Banking.

The bank says it measures success in part by how easily and effectively customers can perform such financial tasks — in other words, how well its digital tools help them get the “job” done. 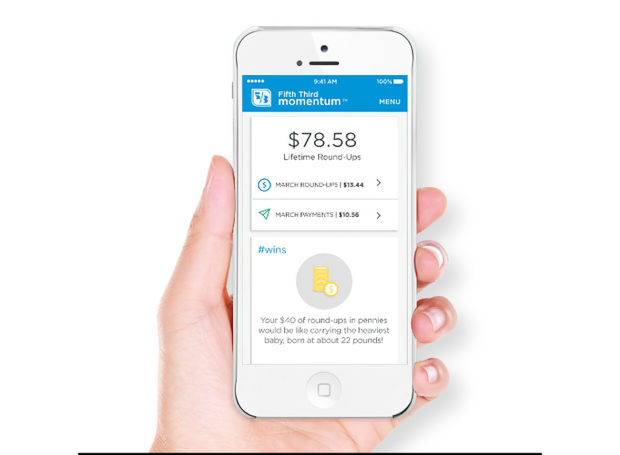 The Basics of Convening a Focus Group

The selection of participants for a focus group is a critical component to ensure impartiality. Agencies can help with refining the profile for the type of people a financial institution wants to hear from and then leverage networks like LinkedIn or community groups to recruit candidates. The goal is to find participants who aren’t in it for the money and genuinely care about offering authentic feedback.

Analyzing the feedback is also tricky. But agencies and moderators experienced with focus groups can help reduce misguided assumptions. One best practice is to use multiple groups to gather feedback to avoid the pitfall of “group think,” Whaling says.

Extrapolating the most meaningful feedback from a focus group is tricky, as the process is ultimately about trying to draw conclusions about a large group of people from a small sample. Whaling Insights recommends building out multiple focus groups to avoid the pitfall of 'group think.'

A typical focus group runs about $5,000 to $6,000, which includes paying participants and the moderator, and consolidating the findings, according to Whaling. Participants generally receive between $100 and $200, but the amount rises to as much as $500 for a C-level executive.

Once a set of objectives is established, it takes roughly six to eight weeks for the rest of the process, from recruiting the focus group to delivering results, Whaling adds.

Tom Kane, president and CEO of the Illinois Credit Union League, says a focus group can provide insight and reveal trends not captured in a survey.

The league — a trade association that works with more than 280 credit unions in the state of Illinois — recently partnered with Coopera Consulting to learn about historically underserved communities in the state. They are in the midst of conducting focus groups to assess awareness about credit unions and financial pain points.

The people in one of the Illinois focus groups were from an African-American neighborhood in Chicago. Several had never heard of a “credit union” before, nor did they know that it was any different than a bank, Kane says.

The league will be summarizing the findings to share with its members around the state, so they can refine their messaging and better serve their communities.

Vendi worked with Marine Credit Union in La Cross, Wis., to identify the most effective messages for its new advertising campaign. They conducted several focus groups with credit union members to develop messaging that would resonate and to measure their reactions to various product features and benefits.

“We learned they wanted greater transparency. They wanted financial partners that were non-judgemental and empathetic. They also wanted to lose the industry-speak and just use simple terms,” Haas says.

To ensure the best results, Vendi and Marine Credit Union brought in a separate agency that specializes in focus groups to do the research. Then Vendi used the findings to create an advertising campaign that spoke directly to the points that people raised.

Banks and credit unions typically outsource focus group development and management to an outside agency to retain impartiality and obtain authentic feedback, according to Kane. These agencies select the participants, moderate the groups, and consolidate the findings. In the case of the Illinois Credit Union League, each focus group includes 10 to 15 carefully selected participants.

However, focus groups are not foolproof. At its core, pulling in a focus group entails trying to make broad assumptions based on a small sample of people. A dozen people, no matter how well they are selected, don’t necessarily represent tens of thousands.

“Some findings are anecdotal,” Kane says. “You’re ultimately trying to conclude that across a wide population group. The challenge is extrapolating some interesting anecdotes into actual evidence.”

Focus groups can be conducted online, but in-person groups tend to be more dynamic and generate better responses, several of those involved in this type of research say.

Though Venti uses an outside agency to conduct focus groups, Haas has sat in on many of them. She says the skill with which a focus group is moderated can make or break the findings.

Moderators need to be humble and leave preconceived notions at the door, as even slight body language risks steering participants, she says. Moderators also need to ask open-ended questions and ensure they receive feedback from all participants.

“Every focus group I’ve ever been involved in, there are a couple that are more vocal, and you need to control that,” Haas says. “Invite others to contribute and redirect the conversation.”