Subscribe Now Get The Financial Brand's FREE Email Newsletter
Fact-checking four key hypotheses about branches using FDIC deposit data: rural branch closures, which banks are closing a greater portion of their offices, what's happening with in-store branches (and why) , and the profitability conundrum behind most closures. 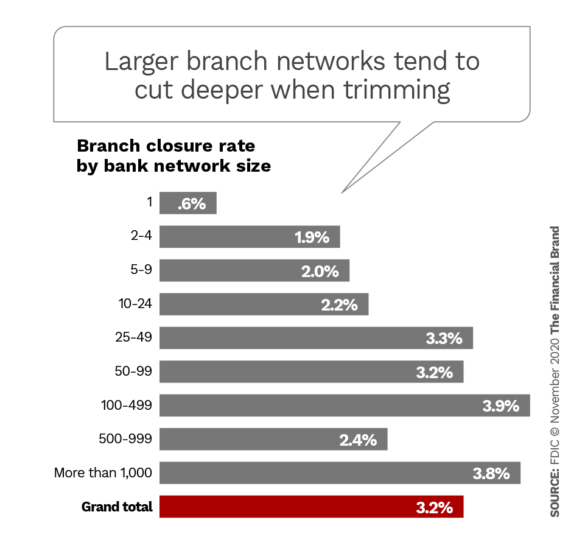