Subscribe Now Get The Financial Brand's FREE Email Newsletter
A pay-by-bank strategy will take off at U.S. retailers in 2023. To counter the revenue hit, banks and credit unions must plan ahead. Experts suggest a preemptive strike that hinges on aggressive promotion of debit cards — to court inflation-shocked consumers who increasingly resist credit cards.

A growing number of small U.S. retailers have been encouraging shoppers to try an alternative to credit cards called “pay by bank,” and payments experts predict this option will take off in a much bigger way in 2023.

The trouble for banks and credit unions is that pay by bank translates into a revenue hit, as it allows merchants to avoid the so-called “swipe” fees that come from card use.

But given this fair warning, there are some countermoves that financial institutions can execute now, to establish their debit cards as a customer favorite. We’ll get into those after exploring the coming challenge.

Pay by bank is also called “account-to-account payments” or “bank-based payments.” It uses the automated clearinghouse system to take the money from a consumer’s checking account.

Merchants can work with specialized payment companies like Catch, GoCardless and Trustly to allow consumers to pay for purchases with this method.

The reason merchants are able to avoid fees with pay by bank is that these transactions are not going to the financial institution through the same channels as credit cards or even bank-issued debit cards. Instead, it is as if the shopper had written a check, without the need for check processing.

Persuading More American Shoppers to Use ‘Pay by Bank’

At least one major global retailer will promote “pay by bank” in 2023, offering consumers compelling incentives to use this option instead of a credit or debit card at the checkout, payments experts at Forrester predict. This is expected to spark a major trend, with more merchants joining in.

“We’ve seen pockets of this already, with challenger brands like Girlfriend Collective and Summer Fridays promoting their ACH-based payment experience on their U.S. site,” Forrester said in its 2023 payments predictions report.

Brands like these play on consumers’ sympathies, with a message like “we’re the little guys, help us survive in small business,” says Lily Varon, Senior Analyst at Forrester. That’s a message that resonates, in the wake of small business failures during the pandemic, she says.

But merchants also add some sweeteners — for instance, explicitly promising to share their own savings, by providing a discount on that very transaction. No waiting for points to be recorded, no waiting for cash back. 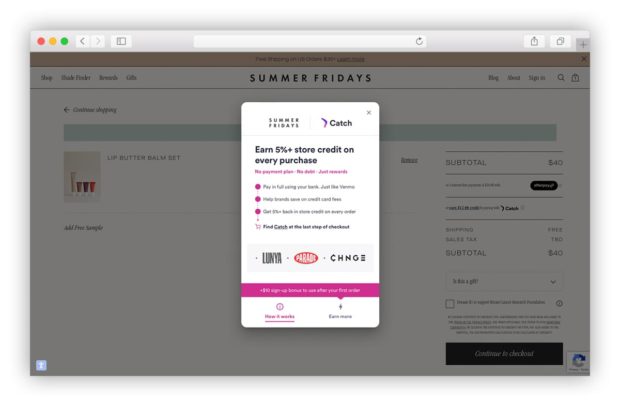 An example from the Summer Fridays’ site of how Catch persuades consumers to pay by bank.

Pity for Amazon, Walmart, Target and other retail behemoths is in short supply. So to reap the huge potential savings over traditional credit card and debit card payment fees, they will not only have to offer attractive incentives like meaningful price breaks, but also persuade consumers to try this unfamiliar payment method, Varon says.

“They’re going to move first with some of their more loyal customers,” Varon predicts.

“Authenticating and logging in to banking credentials and porting over those account credentials will become easier and easier,” she says. “The big push will be to make it less painful, so I don’t have to go find my checkbook and input my account number. Who even has a checkbook anymore?” 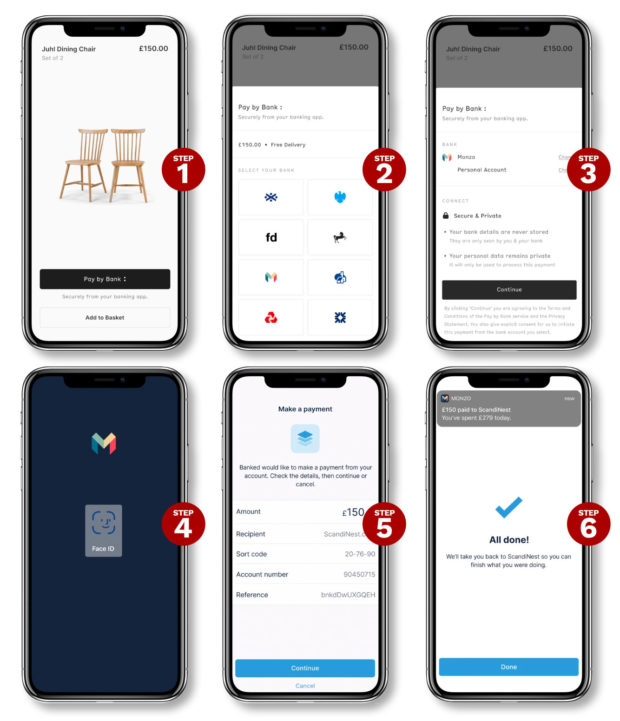 A walkthrough of a “pay-by-bank” process set up by Banked for a U.K. online merchant.

Pay by bank is further ahead in the United Kingdom and other European countries, says Varon. But adoption by a major retailer will help it make a big splash here where so far small retailers have only caused ripples.

The pay-by-bank option capitalizes on what Varon anticipates will be a general consumer shift away from credit cards.

“A faltering global economy will change the mix of payment methods used, and cash will see a comeback among many consumers. Why? Well, you know where you stand with cash,” the Forrester report states.

Varon explains that during the pandemic, people were spending some of their stimulus checks, but also trying to build savings with that money. Credit wasn’t being used as much.

“Now, consumers are starting to use more credit and liquidity has gone down,” she says. This is causing consumers to reexamine their habits. Increasing uncertainty has convinced many people that they have to wrest back a sense of control. Buying things with the cash from their pocket gives people some reassurance and a feeling of managing their finances well.

In these uncertain times, paying with cash gives people a greater sense of having their finances under control.

In Varon’s view, pay by bank plays into that growing preference.

When done right and well understood by the consumer, it provides “the same sense of control as cash,” she says. “‘My purchase isn’t on a credit card. It’s actual money that I have and that I am spending and then it is gone.'”

As routine as credit card spending has become, credit feels more abstract, compared to “money I have that comes right out of the account,” Varon says.

One thing banks can’t realistically do is refuse to play or charge an exorbitant fee for a retailer’s pay-by-bank transaction, warns payments consultant Richard Crone. “It just wouldn’t fly,” he says.

In addressing how to counteract the seismic shift that could occur when a major global retailer pushes pay by bank, Crone advises banking industry executives to scrutinize what’s been done with the Apple Card. 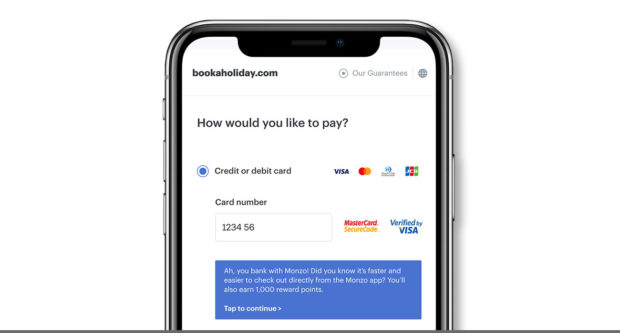 Consumers have never been able to write a check to pay off an Apple Card bill. From the start, payments have had to be drawn on their bank account via ACH. Crone predicts that it won’t be long before Apple adds a debit option to its Apple Card lineup, except that the tech giant won’t lead with an actual card.

Bit by bit, Apple and its bank partner Goldman Sachs, which issues the Apple Card, are building up a file of consumers who are comfortable with ACH and reliably use that option to pay bills.

Going back to Forrester’s pay-by-bank prediction, it’s worth noting that Apple is already a “major global retailer,” and that it created a significant new approach to cash back with its “Daily Cash” feature.

As consumers shift their payment habits, some interchange income will be lost. But Crone says a five-point plan can be the traditional banking industry’s counterattack. It all begins with embracing the debit card and making it a viable alternative to pay by bank. That should not be difficult because recent research is finding that consumers are moving toward debit over credit already.

The gist of Crone’s battle plan:

1. Promote your bank or credit union’s debit card with some attractive incentives. This must go beyond the offer of premium interest on a savings account in exchange for a using a card a certain number of times per month, as some smaller financial institutions have done to attract deposits in recent years. Crone suggests thinking in terms of attractive loyalty programs.

2. Increase debit card activation. With the higher fees typically associated with credit cards, debit has been a backwater at many institutions. Crone says at community banks it’s not unusual for 20% of issued debit cards to be sitting in a drawer or elsewhere, never having been activated. At credit unions, in his experience, nonactivation can be twice as high.

3. Promote and streamline the use of debit cards for recurring payments. Subscription services like streaming aren’t going to die, even if they aren’t as popular as they have been in the past. Getting this traffic will take incentives, according to Crone.

4. Get on board with the “Pays.” Thousands of banks and credit unions don’t play ball with Apple Pay, Google Pay, Walmart Pay, and PayPal, nor with sites like Instacart and Grubhub. But Crone says the time for resistance is over. Holding out over costs or competitive philosophy will prove increasingly unrealistic. Financial institutions have to get involved, and then promote their debit card as the “top of wallet” instrument — which is easier if people want to cut back on credit card use. A related point: Support card-on-file registration on retailer apps, to make your debit service the first choice.

5. Get moving on being part of a P2P network. PayPal and Venmo are musts, says Crone, and at least financial institutions will get some interchange income out of that. He also strongly recommends getting involved with Zelle, which many banks and credit unions still resist because of the cost.

Historically, efforts to orchestrate things similar to pay by bank have not gone well in the United States. “There’s been a lot of roadkill on this,” says Crone. But, with companies like Plaid, MX and Yodlee making credentialing smoother, he says pay by bank is poised for much broader consumer use in the near future.