Subscribe Now Get The Financial Brand's FREE Email Newsletter
Good news for banks and credit unions flush with deposits: Many consumers who used and exited Covid hardship programs now look like decent candidates for more loans, according to TransUnion data. 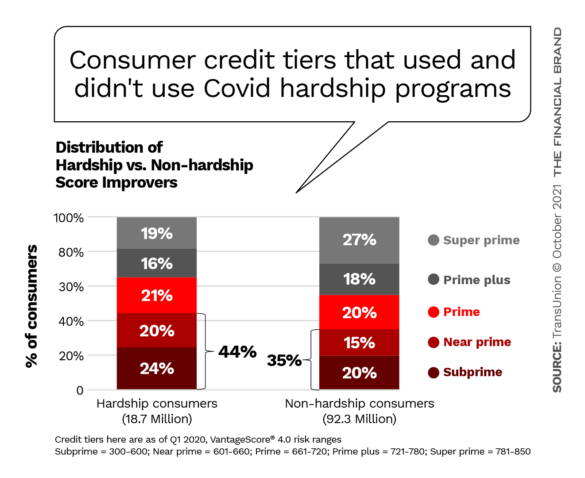 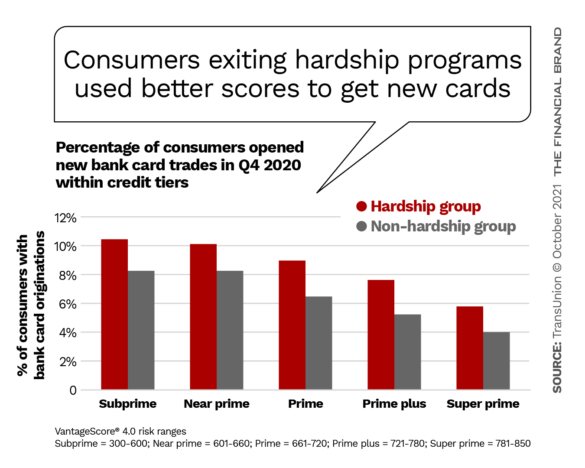