“The idea is to use the Bank of Melbourne as an online deposit store with price-leading offers,” a Westpac insider told The Age.

Westpac is reportedly responding to competitive pressure brought by rival NAB which launched its online direct arm U-Bank back in 2008.

According to Australian newspaper The Age, Westpac is pursuing a multi-brand strategy to grow its share of the personal banking market across a range of customer segments.

What makes Westpac’s move particularly unusual is that the bank is resurrecting a dead, stodgy, conservative brand and applying it to an online division. Most other online banks have decided to brand with an edgy, casual and/or high-tech image — 180 degrees from the historically stuffy look-and-feel associated with financial institutions. 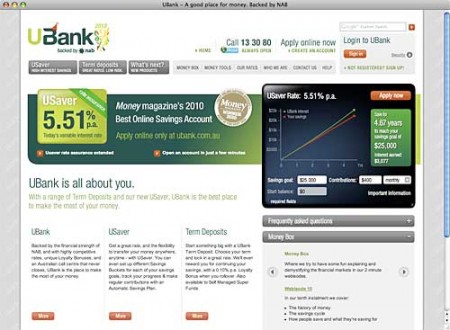 It’s a little hard to see, but the Bank of Melbourne logo includes a complex herald, with
lions flanking left and right of a shield — a style of design dating back over 400 years.

Westpac acquired the Bank of Melbourne in 1997, but waited seven years before killing the brand off. When Westpac finally announced in 2004 that it was joining the two banks under a single national brand, a bank spokesperson said the decision had been made based on “feedback from customers, confused by the multiple brands.”

It seems the Bank of Melbourne was quite popular among Aussies, and its replacement with the Westpac brand reportedly sent thousands of customers to Bendigo Bank and ANZ. Prior to Westpac’s takeover, the Bank of Melbourne had been consistently rated as Australia’s best bank for customer service.

Key Question: Is the resurrection of the Bank of Melbourne brand a defacto admission by Westpac that it screwed up when it dumped the popular Aussie bank brand?

Westpac also came under fire — this time, more recently — for a marketing misstep involving a banana smoothie analogy the bank used to explain a hike in home loan rates. The bank’s explanation was widely panned by Aussie consumers as “condescending.”