Subscribe Now Get The Financial Brand's FREE Email Newsletter
Despite all of the attention on mobile payments, the use of phones to make in-store payments is still extremely rare and done mostly by millennials. Will Apple Pay, CurrentC, Softcard and other mobile initiatives be enough to make mobile POS payments a mainstream occurrence?

There is no doubt that the discussion of mobile payments is front and center in both trade press and mainstream media. The coverage has been fueled by a number of developments that could reshape the mobile payments landscape, including:

The question that needs to be asked is whether these developments are enough to be the catalyst for people to finally start paying with their phones? In a report from BI Intelligence, it was projected that while mobile payment volume will grow rapidly over the next five years, it will still only represent less than 5% of in-store retail sales in 2018.

Read More: It’s Time To Get Serious About Mobile Payments

Words like ‘explosion,’ ‘exponential,’ and ‘unprecedented’ continue to be used in conjunction with the growth of mobile payments. Are these exaggerations or simply a case of selective statistical analysis?

With any and all combinations of the above options, in addition to mobile bill payments, being used by government and trade organizations to measure ‘mobile payments’, no wonder there is confusion on growth estimates. For most industry watchers, the most important measure of mobile payment acceptance is the growth of in-store mobile wallet payments.

In a case of the ‘law of small numbers,’ the growth rate of POS mobile payments is expected to ‘explode’ at a five-year compound annual growth rate (CAGR) of 154%, to $189 billion in 2018. While seemingly impressive, in-store mobile payments will still only account for less than 4% of brick-and-mortar transaction value according to BI Intelligence. 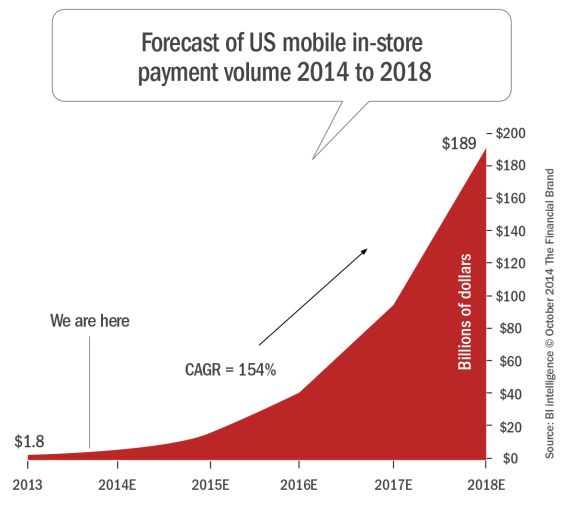 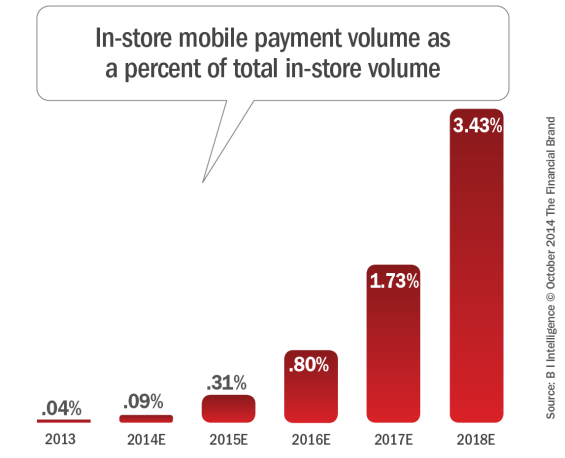 There are a number of reasons mobile payments have not been widely adopted in the United States. Some of the barriers are on the supply side – for example, the difficulty of getting industry participants to agree on technological standards and the lack of compelling business models for participants.

Barriers to acceptance and usage also exist on the demand side, not the least of which are the lack of a well defined value proposition or the continued concern around privacy and security. Many believe Apply Pay may have addressed some of the convenience and security concerns.

According to Harris Interactive, as of 2013, while awareness of the ability to make mobile POS payments is relatively high, just 6% of US adults said they had made a payment in a store with their smartphone by tapping it at a payment terminal. BI Intelligence believes that over the past year, that number has most likely grown to about 8%, following the existing growth trend.

Future growth is expected to be positively impacted by the introduction of Apple Pay, since going forward, 90 percent of future smartphone shipments will be able to make NFC payments. 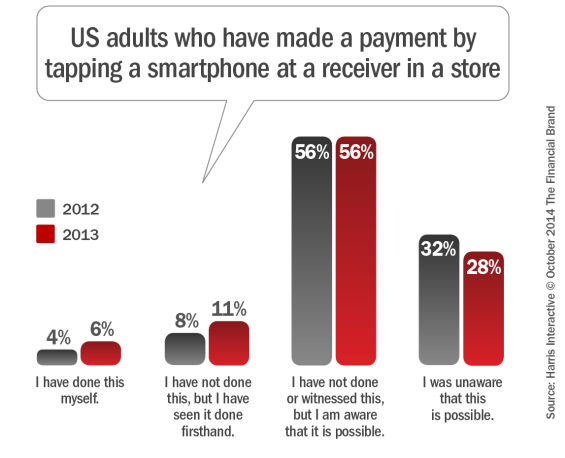 From a mobile platform perspective, Android users outpace iPhone users in making proximity payments, which most likely reflects both the demographic make-up of the platforms as well as the fact that most Android phones now have integrated NFC capabilities. 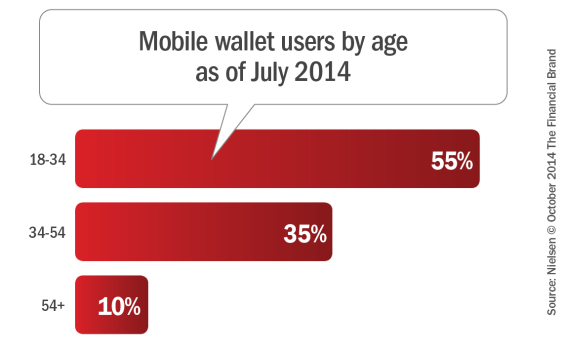 With the 2015 EMV migration deadline set by the card networks and with new Apple phones having NFC compatibility, most merchants will be upgrading to NFC-compatible terminals in the next 12-18 months. So, instead of consumers having to search out NFC compatible terminals (or merchants disengaging the functionality), consumers will have more places to make in-store mobile payments.

BI Intelligence believes that the most promising benefits of Apple Pay, in the context of mobile payment acceptance overall, is that the new Apple offering solves two of the biggest hurdles mobile payments adoption among consumers – lack of interest and security concerns.

According to a Harris Interactive 2013 survey: 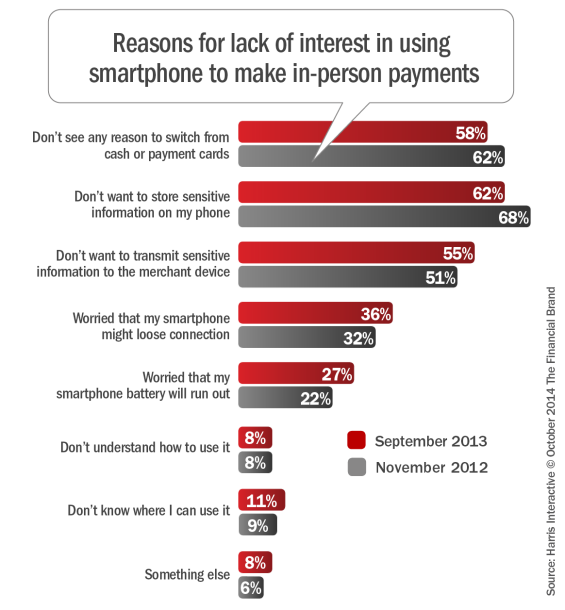 The ability of Apple to change consumer behavior in the mobile payment space can’t be overestimated. Much like they have changed the music industry, they are a driving force that could make mobile payments “cool” and have 900,000 users who can make a measurable market impact.

BI Intelligence believes this impact will be increased by the ability to integrate offers and loyalty programs within the Apple Passbook application. They also believe the built-in security features of the iPhone 6 and Apple Pay will help alleviate some security concerns of consumers:

It has been well publicized that the majority of larger financial organizations have already indicated that they will become part of the Apple Pay network. This should not be a surprise given the size of the Apple consumer user base and the fact that MCX is trying to bypass banks with their solution and the modest size of the Softcard initiative.

But how should the rest of the banking and credit union industry react to the recent changes in the mobile payments marketplace? Given the relatively small penetration of in-store mobile payments now and in the near future, there may be other more pressing digital banking priorities that need attention first, like simplifying the overall mobile banking experience, providing a seamless mobile banking account opening process, developing a tablet-specific mobile banking application, etc.

This is not to say that providing mobile payment functionality isn’t important for financial organizations of all sizes. It simply means that reacting to over-hyped mobile payments statistics (that may be positioned to amaze rather than inform) may divert attention from more important strategic priorities.

The introduction of new mobile payment alternatives that address consumer concerns is exciting and will lead to growth in the percentage of payments made by a smartphone on premises. Once the POS mobile payment value proposition is increased and more consumers accept this new form of payment, all organizations will need to provide this functionality.

Until then, financial institutions should continue to closely monitor mobile payment trends and be ready to react quickly when customer and member demand reaches each organization’s respective tipping point.