Subscribe Now Get The Financial Brand's FREE Email Newsletter
Community banks and credit unions fear being pushed out of the credit card market, or forced to cut back on digital innovation, if the Credit Card Competition Act passes. Though the bill targets financial institutions with more than $100 billion in assets, the expectation is that it will ripple through the industry with major unintended consequences.

Executives at banks and credit unions are worried about how they’ll compensate for a potentially significant loss of interchange fee revenue if a bill proposed by Sen. Dick Durbin, D-Ill., and Roger Marshall, R-Kan., becomes law.

For community financial institutions, the impact on their credit card programs could be severe, with subsequent budget cuts likely to impact digital innovation, marketing and new product research and development, several analysts and bankers say.

The Credit Card Competition Act of 2022 aims to break up the “duopoly” of Visa and Mastercard and force gatekeepers to allow other processors to handle card transactions. The goal is to lower the swipe fees paid by merchants. A companion bill was introduced in October in the House of Representatives by Reps. Peter Welch, D-Vt., and Lance Gooden, R-Tex.

Durbin is capitalizing on a hot topic — inflation — to advance his battle against swipe fees. “Credit card swipe fees inflate the prices that consumers pay for groceries and gas,” he argues in a press release.

This is Senator Durbin’s second go-round at chipping away at interchange fees, after succeeding in 2010 with a similar piece of legislation targeting debit card interchange fees. That law, passed in the wake of the financial crisis, was tacked onto the Dodd-Frank financial reform bill and became widely known as the Durbin Amendment.

Merchant groups have hailed the proposed legislation, known as Durbin 2.0, as a boon for small businesses, while others have said it will help only big-box merchants. Critics also say it will cause the demise of card rewards programs, which are largely funded by interchange fees.

Though Durbin is specifically targeting financial institutions with at least $100 billion of assets with his bill, some say the credit card programs of smaller banks and credit unions would be hobbled as well, undermining their ability to compete with larger banks.

As it stands now, many community banks that offer credit cards do so through an agent relationship with an issuing bank. For many that is TCM Bank, operated by the Independent Community Bankers of America, or ICBA. Credit unions typically issue their own cards, rather than go the agenting relationship route.

“This presents a major shift in the payments ecosystem requiring debit networks to invest heavily to update their systems to accept credit card transactions,” ICBA said in a statement. “This technological upgrade would be subsidized by all in the payments stream, not just those over $100 billion in assets.”

Unintended Consequences of the Durbin Bill

There are other potential “unintended consequences” that could affect smaller institutions, Tony DeSanctis, a senior director at Cornerstone Advisors, tells The Financial Brand.

For example, if merchants’ swipe fees are lower for cards issued by banks with more than $100 billion in assets, merchants could post a sign asking their customers to pay with cards issued by those banks, or offer discounts to do so, DeSanctis says. Another possibility is that Visa and Mastercard — simply to avoid complication — reduce swipe fees for all cards on their network.

In addition, a major concern for smaller institutions is that the legislation may be expanded in the future to include institutions with under $100 billion of assets.

The proposed new Durbin bill only directly affects banks over $100 billion in assets, but could expand to include smaller institutions as well.

Most banks use nearly all the revenue they receive from interchange fees to power rewards programs, DeSanctis says. So if Durbin 2.0 crimps that revenue, community banks with credit card programs would likely have no choice but to reduce or eliminate rewards programs, he says. They might even opt to get out of the credit card business entirely.

The Durbin 2.0 bill threatens to put community banks at a serious competitive disadvantage against bigger card-issuing banks, which can more easily deal with potential loss of revenue from reduced swipe fees, according to Alice Frazier, president and chief executive officer of the Bank of Charles Town in West Virginia.

“It just makes it more and more difficult for community banks to compete overall,” she says.

Bank of Charles Town offers its own credit card with rewards. Users get 1% cash back on all purchases, and earn reward points that can be redeemed for travel, rental cars, purchases at retail stores and more. The card is issued by TCM Bank.

Responding to an inquiry from The Financial Brand, the ICBA estimated a 35% decrease in revenue for community banks with a card program if the legislation passes.

Some may have to cut back on digital innovation and R&D initiatives to make up for lost revenue, says Aaron Stetter, the ICBA’s executive vice president for advocacy and strategic engagement. This will only make community banks fall even further behind their larger counterparts when it comes to innovation, he adds.

“Community banks would have to make up this lost revenue somehow,” he says. “It would likely come at the expense of R&D, new product initiatives and innovation projects. There are less areas for community banks to spread out this cost compared with large banks.”

Potential for Increased Consolidation in Banking

Another concern is that reduced revenue could lead to increased consolidation among smaller institutions.

“We are already experiencing consolidation in the industry, and this will only speed it up,” says Dan Berger, president and CEO of the National Association of Federally Insured Credit Unions, or NAFCU. A similar trend is also happening with community banks, Stetter notes.

The number of community banks and credit unions in the U.S. is declining, a trend that some believe the Durbin 2.0 bill, would exacerbate. 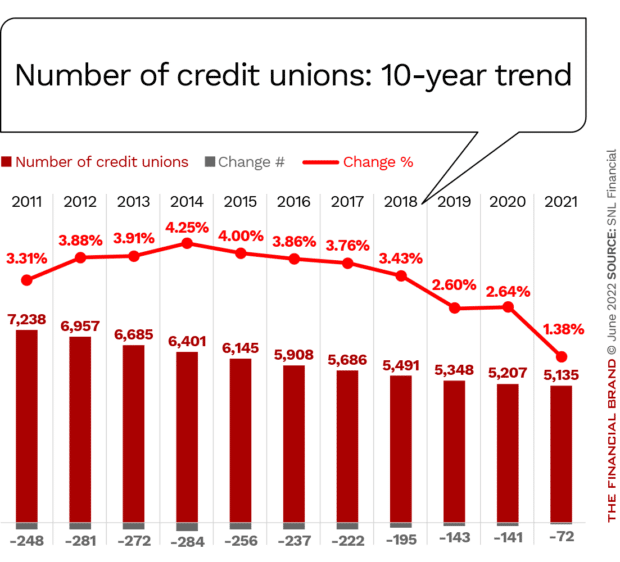 “When you take away an income stream like this, it only means there will be more consolidation if this bill passes,” Berger says.

“We need to continue the fight to make sure lawmakers fully comprehend the damage this bill would have on the financial services industry and American consumers.”