There are several reasons why financial institutions are remodeling their branches, but the primary reason (64%) is to ‘improve the customer experience’.  Fewer than one in five respondents said ‘increasing branch profitability’ was their main goal. This finding reinforces the research done for the Digital Banking Report. In that report, it was emphasized that today’s digital consumer may visit the branch less often, but they expect an experience that reinforces digital interactions. Instead of just cashing a check or making a deposit, today’s digital savvy consumer expects more informed interactions and enhanced advisory services. 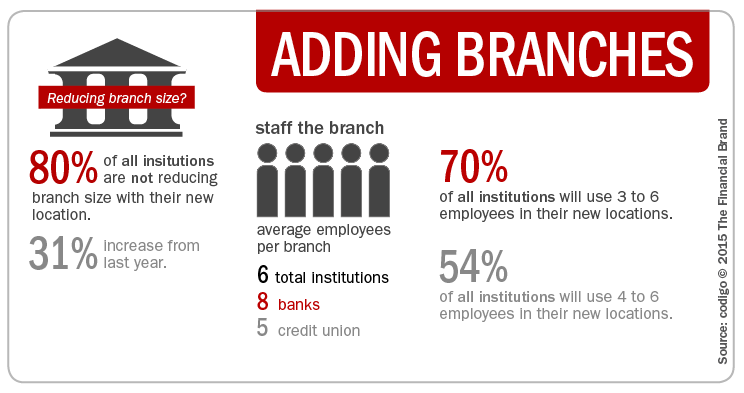 As new technologies enter all aspects of our daily lives, the bank branch is no exception. As was found in research highlighted in the Digital Banking Report, financial institutions are trying to build an omnichannel experience that integrates online and mobile experiences with the experiences in bricks and mortar facilities.