In the weeks leading up to the grand opening of AltaOne Federal Credit Union latest branch, the credit union sent out a street team to conduct random acts of kindness. The hitch? No one knew AltaOne was behind the good deeds. AltaOne waited to uncloak themselves until the night of the grand opening.

For four weeks, the credit union’s street team traveled a 3-mile radius around the new branch location, anonymously conducting “good deeds,” such as paying a family’s dinner bill, or surprising a local fire department with a free lunch. The only information the street team provided was a simple printed card with little more than a web address, GoodDeedsDoneDaily.com.

Simon+ Associates, the marketing firm behind the AltaOne promotion believes it is imperative marketers focus less on advertising and more on creative ideas that provoke real interest.

“The promotion was designed as a viral campaign to engage the community and residents on a personal level, while generating increased interest by concealing the client’s name,” the agency said.

The promotional microsite was updated often with the street team’s latest good deeds. Visitors could read about good things the street team had done, and request a good deed for someone else in the community.

All the credit union’s marketing materials included reminders to “check back at the microsite often for the invitation to the ‘big reveal.’”

Three days prior to the grand opening, the credit union used its social media channels and created special printed pieces to invite people to the event.

The Good Deeds Done Daily campaign included a Facebook page, Twitter account under the name @DoGooders, and a YouTube channel. All accounts have been deactivated, and the microsite pulled down, which is a bit disappointing. The credit union did all these good deeds, and now there’s no public record. Even if the site only attracted a handful of visitors after the promo concluded, it feels like a missed opportunity to build goodwill and foster positive brand perceptions.

According to Simon+ Associates, the results of the campaign include:

If you like AltaOne’s Good Deeds campaign, check out these other promotions. There are some similar ideas financial marketers might want to explore further: 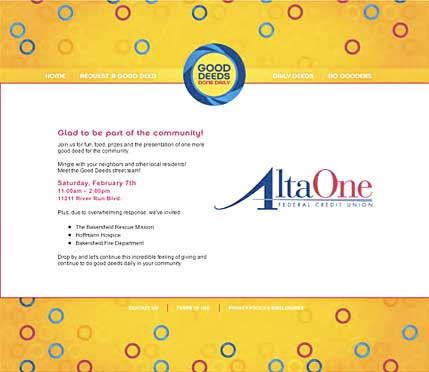 MICROSITE
The site (above) shows the invitation to the grand opening after AltaOne revealed its involvement. The two screenshots (below) show how the site looked prior to the reveal. Notice the map showing the route of the ‘Good Deeds’ street team. Total visits: 6,000. Unique visitors: 4,000. Average time on site: about 3 minutes 30 seconds. 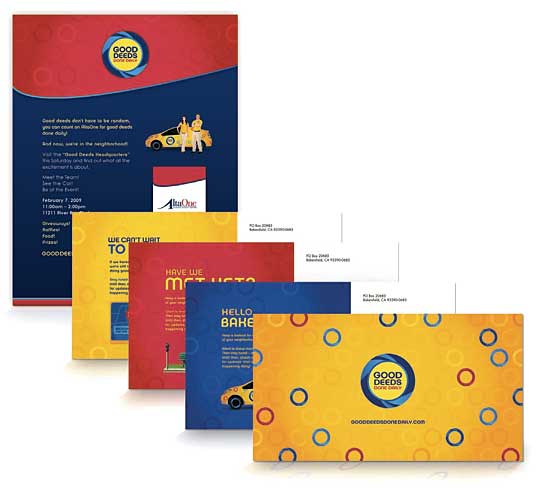 DIRECT MAIL
Postcards were mailed within a 2-mile radius of the branch
for four consecutive Mondays before the grand opening event. 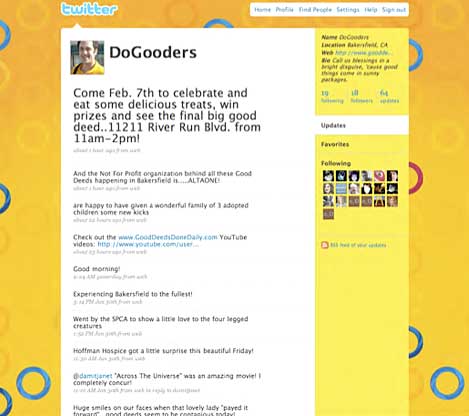 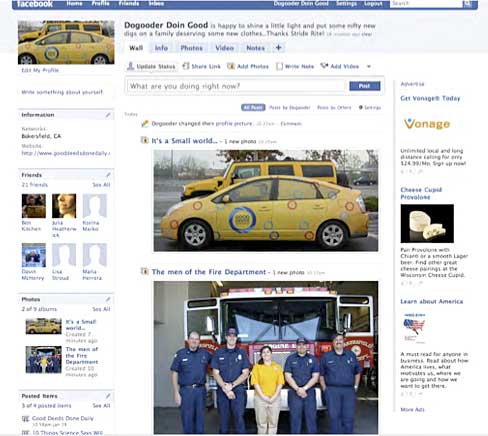 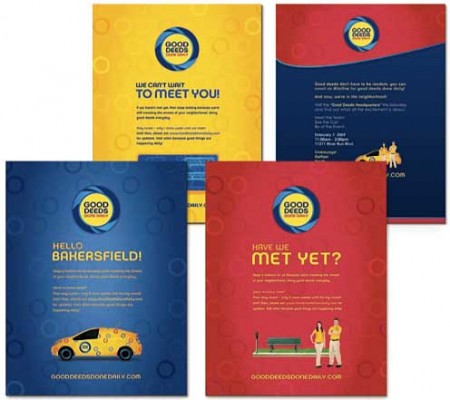 PRINT ADS
Newspaper insertions on the four consecutive Sundays before the event.
Inserts were placed in the largest circulating newspaper in the area. 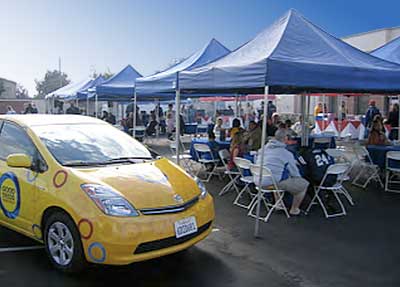