Lani Hayward, EVP of Creative Strategies, reveals the key components of Umpqua’s success at the Forum 2014 in Las Vegas.

If someone were to rank all of the financial institutions in North America according to coolness, Oregon-based Umpqua Bank would surely place near the top.

The 60-year-old financial institution wasn’t always so cool, mind you. It wasn’t until Ray Davis took over as president and CEO in 1994 that Umpqua started to acquire its status as a stylish, sophisticated, contemporary — and yes, even a hip — bank.

How did Davis and his team transform an undifferentiated traditional institution into one that stands so apart from the rest of the crowd? EVP of Creative Strategies Lani Hayward divulged some of the secrets behind Umpqua’s success during the keynote address at The Financial Brand Forum 2014 in Las Vegas.

Umpqua Bank has so many unique and progressive ideas, it’s hard to count them all. In the end, Hayward boiled it all down to four components that have been the most important when it comes to Umpqua’s brand evolution and differentiation. 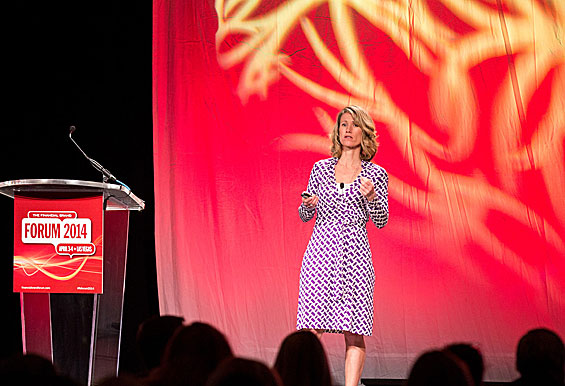 Lani Hayward, CMO of Umpqua Bank, hit a grand slam home run with her keynote presentation about their breakthrough brand — the session attendees at the Forum 2014 rated the highest.

1. It All Begins With a Value Proposition

According to Hayward, who says that financial institutions hoping to follow her bank’s footsteps need to “create a value proposition — or a brand promise — that everyone in your organization can rally around.”

She also recommends that your brand promise be “believable, inspirational and sustainable.”

Hayward says defining your brand’s value proposition is the first step every bank or credit union needs to take on the path to a strong brand. Define what your brand position is, and then make sure everyone in your institution knows what it is and knows how to live it out, “because that’s what will move you forward.”

Hayward recommends you craft a brand promise that you can execute across all your institution’s touch points. “That is what will make your brand’s experiences uniquely yours.” 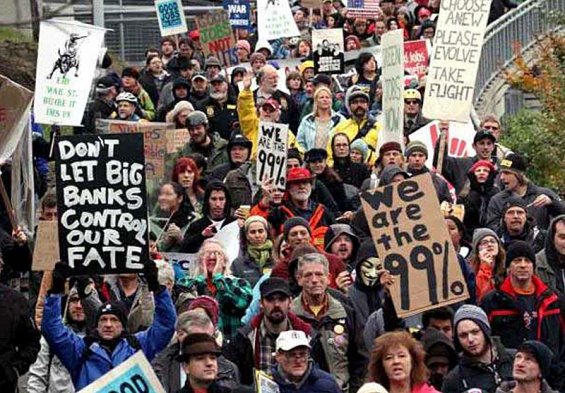 As the Occupy Wall Street movement swept around the world, most banks were hiring armed guards to keep protesters out. Not Umpqua. CEO Ray Davis invited Occupiers in for conversation over refreshments.

2. Always Remember… Rates Are Not The Answer

“If you as a marketer focus all of your attention on products and pricing, you’re never going to get ahead,” Hayward told the Forum’s attendees. “You’re not going to be able to differentiate yourself from the competition, because the guy next door or down the street is going to do the same thing tomorrow. You’re never going to win that battle.”

According to Hayward, the key question driving strategy discussions at Umpqua has always been, “How can we get people to drive by three other banks to get to ours?” That question has steered the bank’s team to look outside the financial sector. For instance, Umpqua’s brand has been heavily influenced by the retail industry.

“Retailers know all about impulse buys,” Hayward explains. “But how can we bring that kind of thing (or something similar to it) into the banking world? How can we get people to browse our branches, or at least get them to think beyond errands and transactions?”

Umpqua’s answer to that question has been make its branches look and feel more like “neighborhood stores,” thanks to elements like “catalyst walls” (interactive touchscreen displays that highlight products and services), “refresh bars” that allow customers to grab a cup of the bank’s proprietary coffee blend or Smith Tea and local products — such as bonsai trees, bikes, pottery and even skateboards — that are on display and available for purchase.

“It isn’t just about transforming how the physical side looks,” Hayward says. “It’s also about changing how it operates, because a lot of banks — both big and small — have turned that corner in recent years and made their branches more hospitable. What most of them haven’t done though is change the way they operate.”

Many of the bank’s many brick-and-mortar locations host community and civic events ranging from speed-dating mixers for singles to wine tastings and yoga classes. It’s also found success in certain cities with what Hayward calls its “Catalyst Series” of speakers, presentations and workshops — an exclusive series of seminars the bank hosts in its branches.

“We build our stores around interactions, not transactions.”

“You have to be nimble” if you want your bank or credit union to succeed in standing out from the financial crowd, Hayward says. “I know that’s not a word that’s used all that often in the banking industry, but it’s such an important one, especially in this day and age.”

Taking risks important is equally important, according to Hayward. “You’ve got to do new things, try new things. Because one of them just might stick. And if you try something and it fails? Try again.”

Something Hayward says to keep in mind while you toy with new ideas is that “at the end of the day, the thing you’re considering probably isn’t all that risky, or it probably isn’t as risky as you think it is.” 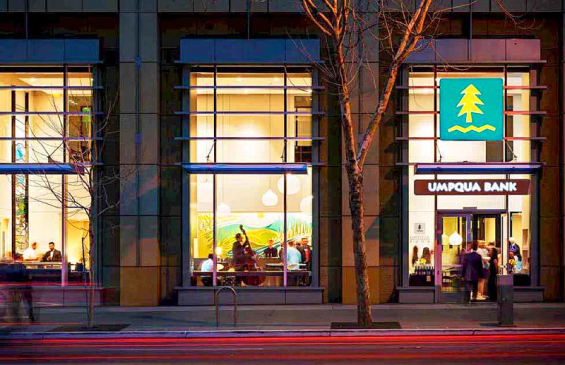 One of the many cultural events Umpqua hosts at their branch locations after normal business hours.

4. Align Your Culture and Your Brand

“When you bring your outward-facing brand and your internal culture together, that’s when the magic happens,” Hayward says. “That’s when you have something cool to market.”

Think none of the above can be accomplished at your bank or credit union because they’re smaller organizations? Think again, suggests Hayward.

“We came from that. We had to deal with that very same challenge. So if you’re sitting there thinking, ‘We’re too small, we don’t have the same resources you do,’ well that’s exactly what caused us to be able to succeed. We didn’t have all the resources of a really big bank, so we didn’t even try to compete with them.”

“We broke out and found our own ways to prompt people to drive by two or three of those other institutions just to get to us.” 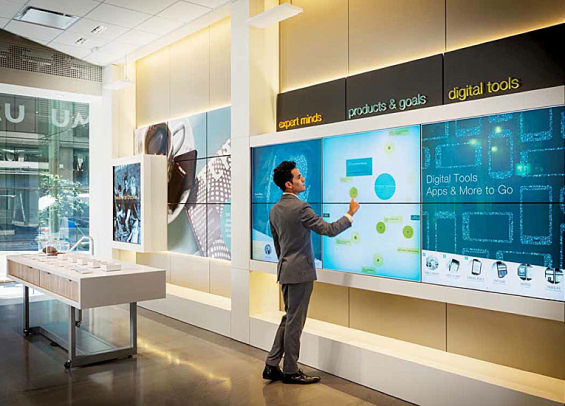 Umpqua Bank’s new flagship location in San Francisco is one of the most innovative branches in North America. You can take a photo tour of it here. 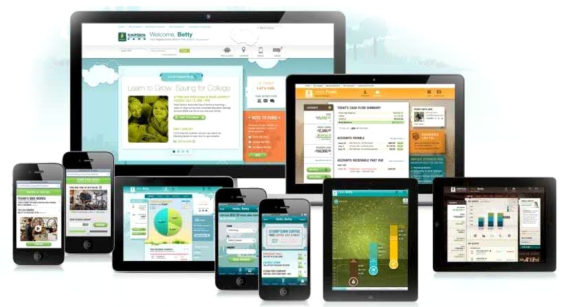 Umpqua is widely regarded for their retail branch locations, but the brand’s execution in digital channels is equally impressive.