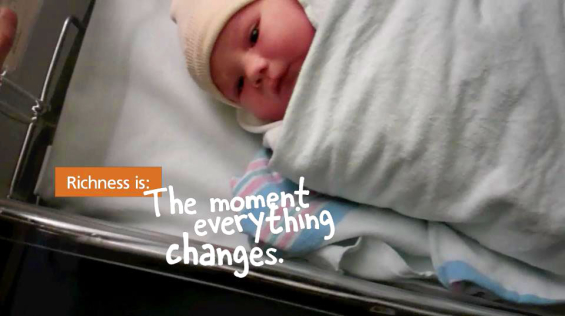 “The Richness Project” from Scotiabank is a social media experiment aiming to raise money for 18 different charities in exchange for submissions from Canadians willing to explain what they think “being rich” is all about.

Those who visit TheRichnessProject.com can submit a photo or video of what illustrates a ‘richness moment’ to them through the bank’s Facebook channel. For every person who shares their photo or video, one dollar will be donated to one of the 18 featured charities as chosen by the user. 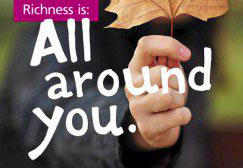 Scotiabank placed a massive ad on their website’s homepage, so clearly they are taking “The Richness Project” seriously. It will be interesting to see how many user-generated submissions they receive, especially considering that the incentive — a donation on the user’s behalf — might be insufficient motivation for most people.

When other financial institutions have tried recruiting content from the public without offering big rewards — like cash or trips — they’ve struggled to generate any kind of momentum. United FCU invited Gen-Y to rage against big banks in its user-generated campaign, but didn’t see much participation. When Coast Capital in Canada made a similar play, they seeded their social media site with submissions from their agency, a fact they failed to reveal.

Much like Coast Capital’s “I Love Fees” campaign, Scotia’s “The Richness Project” is pre-populated with entries from the bank’s online marketing partner, Mighty Digital. You can’t blame anyone for wanting to make their social media experiment look good, but Scotiabank had better be careful how toss words like “authentic” and “transparent” about when discussing their “Richness” strategy.

Unlike the campaigns from United FCU and Coast Capital (both took pot shots at banks), “The Richness Project” is decidedly more upbeat. But will consumers respond more favorably to a campaign with an sunnier theme and positive outcomes? Maybe… but the odds look long.

Success will hinge on how well Scotiabank can drum up support among its 36,661 “fans” on Facebook, as well as among its wider customer base. For the campaign to really thrive, the 18 charities involved will need to mobilize their bases. Each of these charities should be aggressively soliciting support for “The Richness Project,” because each activist they get to participate is another dollar in free donations.
https://www.facebook.com/scotiabank 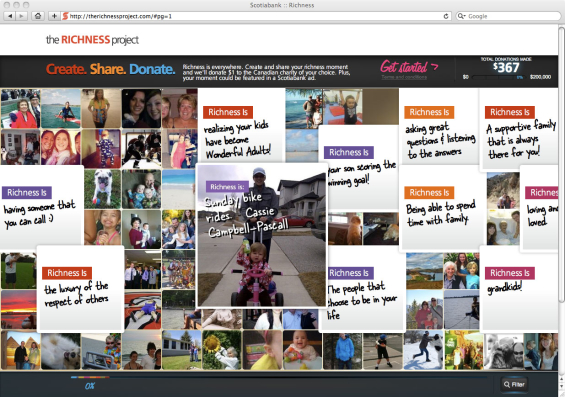 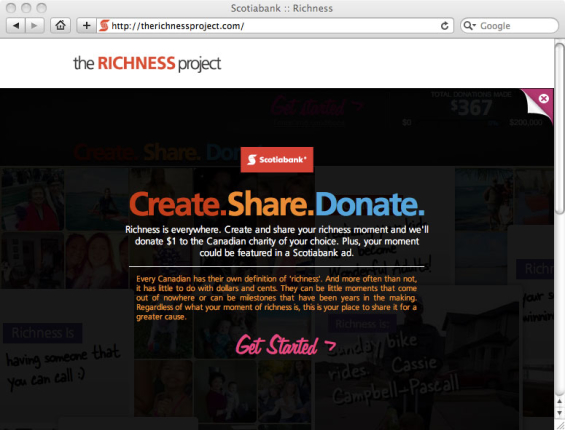 How ‘The Richness Project’ Works 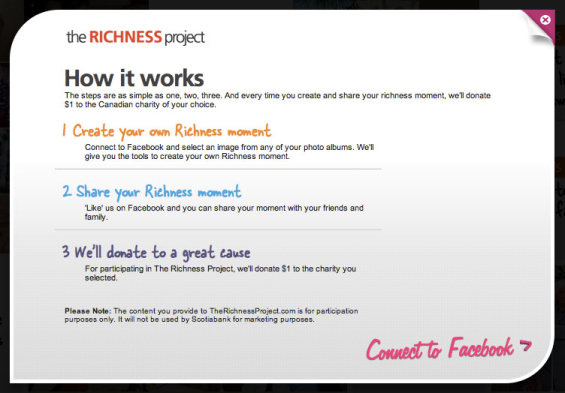 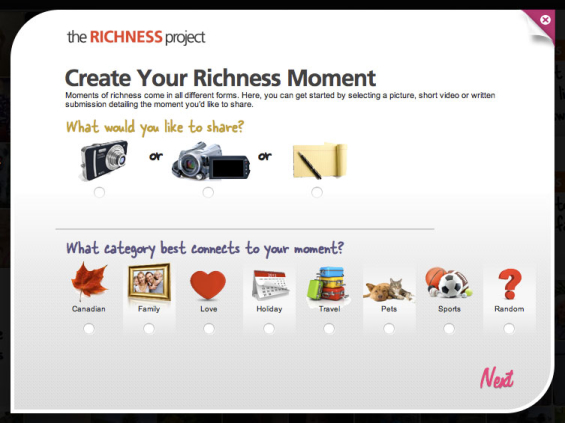 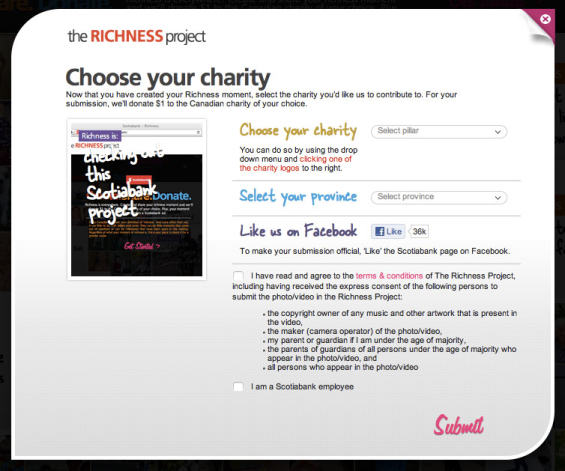 You’re Richer Than You Think

“The Richness Project” is part of a wider integrated marketing campaign from agency Bensimon Byrne. The tagline “You’re Richer Than You Think” has been seen on TV commercials, digital ads and in-branch materials since 2006.

In one of the scripted TV spots, new parents discuss what’s best for their baby. The copy reads, “Richness is: a 7 pound 4 ounce fresh perspective.”

To give the campaign the feeling of authenticity, the campaign draws on user-generated content from sources such as YouTube. For instance, one spot was created from home footage shot by a father talking to his newborn daughter only hours after she was born.

Scotiabank – “Richness Is: Shredding Your Mortgage” 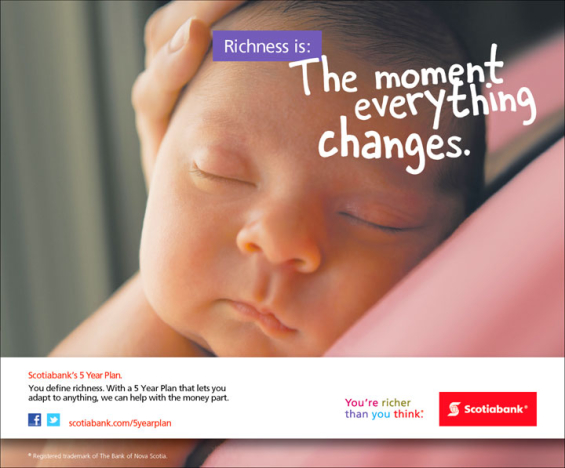