As financial institutions across the country make announcements about their 2008 scholarship initiatives, Tinker Federal Credit Union is taking a unique approach by having an online video contest.

The concept is simple:

The concept’s centerpiece is www.whatmoneymeanstome.org, a website designed by Oklahoma City-based Third Degree Advertising. Fortunately, the underlying marketing concept is simple, so the website’s interface can be simple. The site’s overall design is casual and carefree. 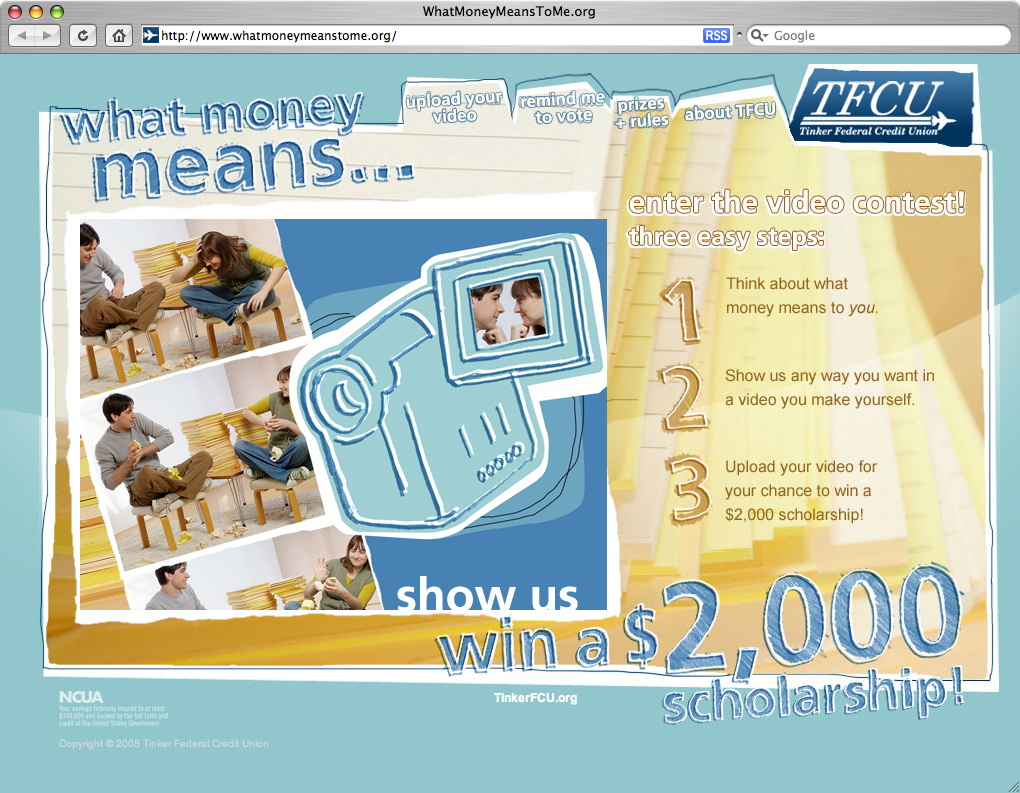 The domain name was secured only two weeks ago, meaning this campaign will take less than four months to go from inception to completion. (NOTE: Initially, only the .org domain had been secured, but Tinker elected to obtain the .com domain after a suggestion by The Financial Brand.)

According to an article in the Credit Union Times, Tinker FCU will apparently be utilizing a “panel of judges” in conjunction with online voting. It’s unclear whether these judges will be pre-screening entries to choose which videos will be voted on, or whether they will actually carry some sway over the selection of the final winner. Online votes are frequently abused, so the “judges” may be the credit union’s way of contending with manipulated results.

To promote the contest, Tinker FCU is sending e-mails to 600 college professors and select high school officials across Oklahoma.

Bottom Line: As Matt Stratton, SVP marketing, said, “We thought we’d give this a try and see how it goes.”