A national study from CUNA reveals that more than half of all smartphone users in the U.S. say they use their phone to make some form of mobile payments (defined as “any payment conducted with a mobile phone”). Among respondents who use mobile payments, 91.6% indicate that “ease of use” is the greatest benefit. 44.3% indicated that they don’t use mobile payments at all.

The survey also revealed that regardless of whether a smartphone owner uses mobile payments or not, security remains the foremost concern. More than three-quarters of respondents (77.7%) listed security as their most serious concern.

Other concerns were much less significant. 6.9% of smartphone users are worried about what would happen to a mobile payment should something go wrong with their phone (like the battery dying). Another 6.4% think mobile payments are confusing or difficult to use. One in 20 say there aren’t enough rewards/bonus features to make it worthwhile. And 4.0% blame the inability to keep track of their budget.

“The fact that the overwhelming majority of smartphone users listed security as a top concern is a reminder to financial institutions and others that offer mobile payments that users won’t sacrifice convenience for security,” said CUNA’s EVP Paul Gentile. “While there have been many advances made with mobile security in recent years, respondents’ concerns over security indicate financial institutions and companies in the mobile space must continue to stress their focus on security with their customers.”

Reality Check: Smartphones will soon become the primary transactional tool used by consumers. It will take over the roles previously served by checks, cash and credit cards. It will even supplant traditional desktop-based online banking/bill pay as the primary point of contact consumers have with their money… and with their financial institution. 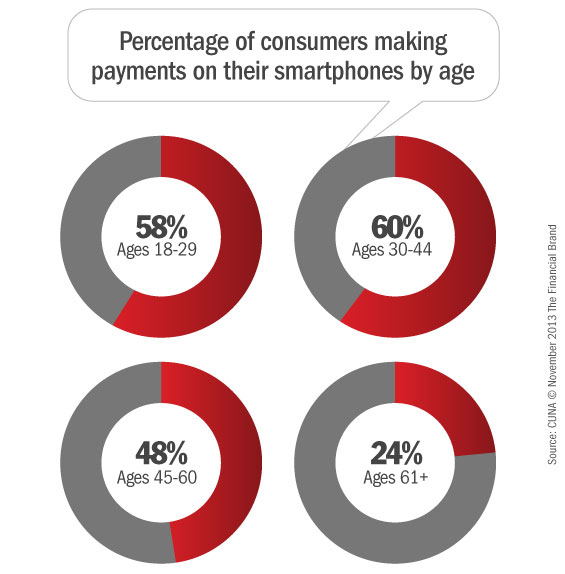 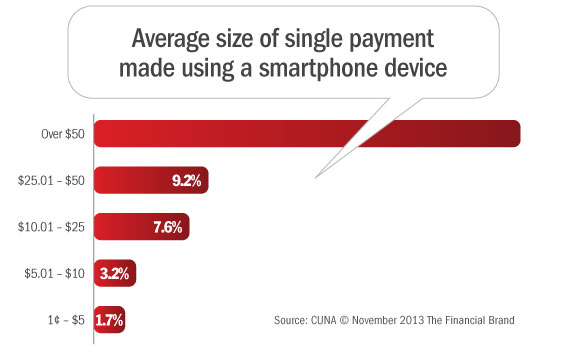 When it comes to rewards, traditional payment methods are still preferred over mobile payments. Mobile payments were viewed the least favorably with regard to rewards, bonus features, and points (6.1%). A plurality of respondents (41.8%) preferred credit cards, while 25.9% preferred debit cards, and 26.2% were unsure.