In one of the most detailed consumer attitudinal surveys of its kind, the Fannie Mae National Housing Survey polls 1,000 consumers every month. The research provides a window into the opinions of Americans about home buying and the mortgage market.

Exactly half (50%) of all US consumers think it would be difficult to get a home mortgage today. That’s down from a high of 57% back in March 2011. Generally, however, consumers feel that the hurdles in the home loan credit market are easing. 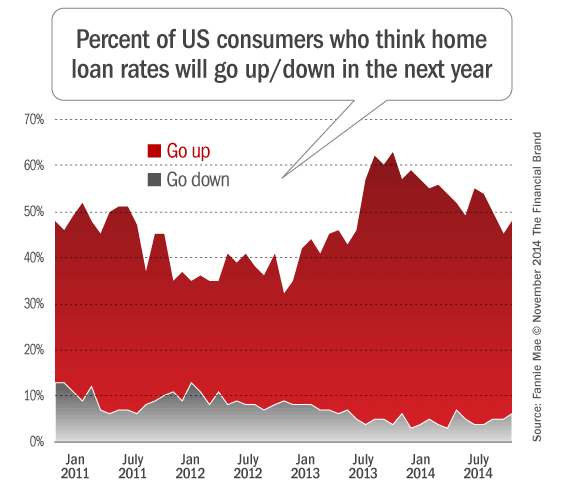 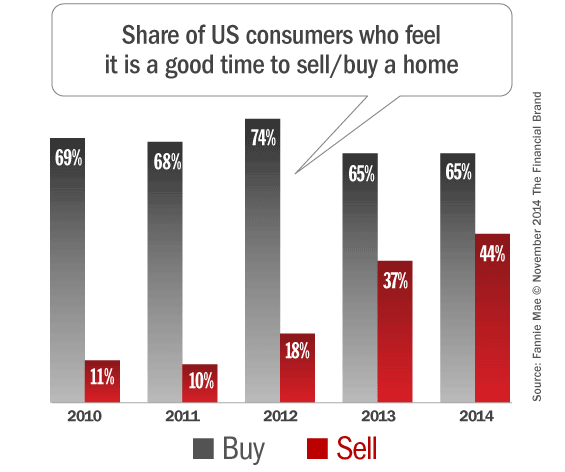 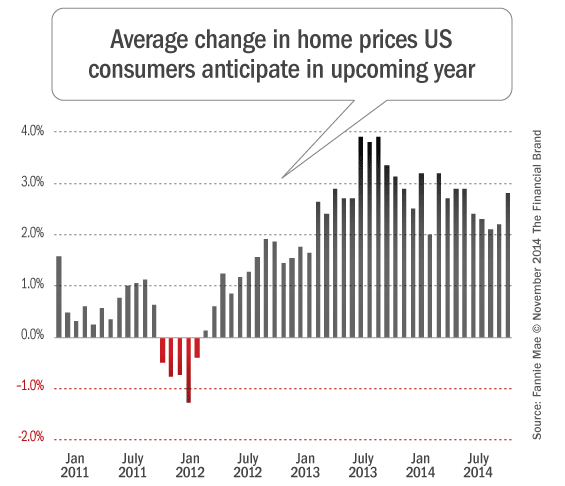 The share who say they would buy if they were going to move fell to 65%, while the share who would rent increased slightly to 30% (up from 27% a year ago).

For consumers who rent, Americans foresee a 3.7% increase in rental prices in 2015.

Doug Duncan, SVP/Chief Economist at Fannie Mae, says that overall, the research suggests the tumultuous mortgage market may be returning to something seems a little more normal and familiar.

“The narrowing gap between home buying and home selling sentiment may foreshadow increased housing inventory levels and a better balance of housing supply and demand,” says Duncan. “These results may help drive a healthier housing market in 2015.”

The share of consumers who expect their personal finances to get better is near its highest level since the Fannie Mae first launched the survey, while those expecting their finances to get worse reached a survey low. The share of respondents who say they expect their personal financial situation to improve during the next 12 months climbed to 45% – seven points higher compared to one year ago – while the share expecting their financial situation to worsen decreased to 10% last month. Although consumer attitudes about the direction of the economy remain subdued, with only 40% of survey respondents saying the economy is on the right track.

Will Millennials Ever Move Out?

At some point, the Millennial generation should bust the mortgage market wide open. In the meantime, a third of Gen Y continues to live at home, according to another study from Fannie Mae. The percent of young adults (ages 18 to 34) who are living with their parents has increased from an average of 27% in 2006 to 31% in 2013. Today this represents a total of roughly 22 people. Because young adults — especially the older ones — traditionally represent a substantial share of first-time homebuyers, their delayed decision to form a household has contributed to a depressed rate of household formation and housing demand. Young adults also have been experiencing higher rates of unemployment and delayed marriages.

How Are Lenders Feeling?

In a separate study by Fannie Mae found that most mortgage lenders are still struggling to find their footing in the wake of the subprime apocalypse. 72% of lenders overall say that recent regulations have had “significant” impact on their business. Smaller and mid-sized lenders are much more likely to say that new regulations have hurt them.

A majority of lenders (72%) believe that their compliance costs have increased from 2013 to 2014, reporting a median increase of 29% in compliance spending. Small and mid-sized lenders reported the largest increase (50%).