Subscribe Now Get The Financial Brand's FREE Email Newsletter
While the vast majority of consumers are still using plastic cards to make debit and credit card payments, a revolution is on the horizon. Digital alternatives will soon replace traditional POS payments. The end game will be making purchases using mobile devices and NFC. Until then, some believe all-in-one payment cards may lighten consumer wallets.

In this article, we take a slight detour from mainstream payment technologies and visit some of the lesser known, but still exciting, offerings. Each of firms reviewed are startups that are betting on the fact that credit card as a form factor will be a hard habit for consumers abandon.

They all can be categorized as All-In-One or Universal Cards … allowing consumers to store more than one credit/debit/loyalty/ID card on a single piece of plastic and allowing switching between cards using electronics integrated on the card. Their message is, “Let us replace all of your current plastic with our single card.”

Their offerings are similar in many ways with slight differences from one to the other. While the offerings resemble a conventional credit card, they require a smartphone (primarily iOS or Android) as a supporting device to load different credit cards into the digital wallet. They use BLE to pair to the smartphone. Once the card is out of range from the phone, they enter into a lockdown mode that prevents the card from being used fraudulently.

We will analyze the following four offerings:

Since the four products provide many similar features, most of their strengths, weaknesses, opportunities and threats are also similar.

The table below provides a feature comparison of these four products: 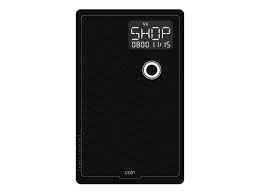 Coin launched with much fanfare on the fall of 2013. The author was one of the early adopters who pre-ordered a Coin card. Coin was plagued with multiple production issues and the initial summer 2014 rollout for pre-orders did not ship. Instead, Coin offered an option to ship a free Beta card to initial backers. Author is still waiting for his Beta coin to be shipped, which should have been in November 2014 according Coin’s website status page. Coin says the Beta cards are being shipped based on early orders. 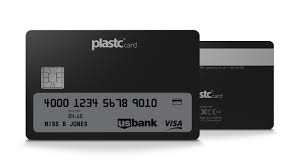 Plastc Card has an e-ink touch display, which dynamically changes the card display information. The Magnetic Strip and NFC chip are disabled until the card is selected. Of the four cards evaluated here, Plastc card is the most expensive, probably due to the enhanced hardware.

The customer experience seems to be more intuitive, providing full card information on the display which end users may find convenient. The touch screen secure pin at the card level locks the card from unauthorized use if it gets lost. The wireless charging is a nice feature that extends the average life of how long the consumer may carry the card. 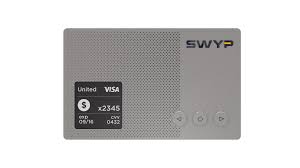 Swyp has an attractive all metal design with a small 1×1 built-in display. Swyp claims that this display is optimized to show the information needed by the user based on prediction algorithms.

Swyp app allows capturing receipts to track expenses. Swyp sold out the first batch of their beta cards and the website is accepting orders for their second batch.

Stratos was company behind one of the first universal card ideas conceived. Stratos first generation card was called the Protean Echo, which was featured in TechCrunch around the Aug 2012 timeframe. However, Stratos was not happy with the customer experience of their first generation card, therefore, redesigned their product and rebranded the protean echo card as the Stratos Card.

The current product being offered for pre-order is the fourth generation according to Thiago Olson, the CEO of Stratos. Stratos took a different approach to the design, using the phone screen to provide relevant messages using tap and double tap actions. (The double tap action also uses a learning prediction algorithm to make recommendations based on location and history, getting smarter with more usage.)

The products presented here may be considered as a mobile payment bridge technology for consumers who are not willing to pay through phone for various reasons.

Consumers can be ambivalent in terms of their phone choices and these offerings provide a way to not lock them into a specific iOS or Android ecosystem. These cards promise to work with both these major operating systems. The only hurdle which may stunt the adoption for these cards is the initial purchase price – is the consumer willing to pay anywhere from $50 – $150 to thin their wallets and avoid the Costanza Wallet problem?

Unless these card providers manage to bundle their offerings with smart value propositions like reward offerings or co-branding with financial institutions/card issuers, they have a uphill climb in terms of mainstream adoption.