Subscribe Now Get The Financial Brand's FREE Email Newsletter
Smaller institutions don't have to concede the battle for mobile bankers to big boys. Here's how they can use their size as an advantage..

By Ann Reichert, Director of Marketing for Mitek

First Financial has a great commercial promoting its mobile services. In the ad, a husband dupes his wife into swapping chores: he’ll do the banking if she does his yard work. She falls for his offer because — in the past — banking was an arduous chore. Well that was before mobile banking. Now, with the snap of a few photos the husband can deposit the checks are pay the bills.

The commercial is not only fun, it illustrates how offering better mobile services is a competitive advantage that smaller financial institutions can use to compete with the big guys.

In a business context, agility typically refers to the ability of an organization to rapidly adapt to market and environmental changes in productive and cost-effective ways. Smaller financial institutions have an advantage in that typically they’re more agile than larger institutions. They can implement new technologies and make decisions without going through as many hoops.

First Financial is ranked #177 by asset size with $5.048 billion. The #1 ranked bank in the country has assets of approximately $1,990 trillion. How can First Financial compete with the largest financial institution? By offering — and marketing! — better mobile services, the kind that make banking more convenient for consumers. 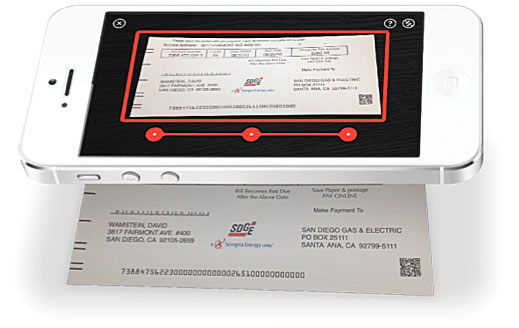 Given the agility of smaller institutions, adding new mobile services and then marketing them across all channels (first to existing customers, then to prospects) can give you a huge first mover advantage. Smaller banks and credit unions can attract the highly desirable and profitable customer group known as “mobile bankers.”

A 2012 study by AlixPartners looked at the importance of mobile services to consumers and the demographics of these valuable “mobile bankers.” 39% of consumers in the study said that having a mobile offering is either “extremely important” or “important” in their decision to switch primary banks (and remember: those are 2012 numbers).

When AlixPartners revisits this study in 2014, it’s probably safe to assume that these trends will continue.

Beyond what analysts think, there are real-world results showing how mobile banking helps smaller financial institutions compete. Eight community banks and credit unions are using Allied Payment Networks’ Picture Pay solution, giving them a mobile photo payment service that is currently only available at one of the top five banks in the United States. Some of the highlights from these eight financial institutions include:

Mobile banking is a game changer, and mobile bankers are attractive customers. Don’t concede to the big boys — they aren’t are the defacto winners in the battle for mobile bankers. Smaller institutions can be more agile. Being first to market with new, practical mobile banking tools gives you a competitive advantage and keeps you ahead of the big banks.