An in-person survey of 400 bank account holders in London and New York has found that consumers are eager for card issuers and financial institutions to increase the speed, and types of channels used for communications in the event of account irregularities.

The survey conducted by Adeptra, a provider of auto-resolution technology, found that consumers want banks to quickly identify potentially fraudulent activity, and many expect instantaneous contact. The majority said they would want to be contacted within an hour.

While both American and British consumers said they wanted automated voice messages for urgent matters, there were differences across the regions when it came to contact through multiple channels. For example in the US, 71% of respondents said that email was their preferred channel for communication with their bank. By comparison, in the UK, 61% said they would prefer to be contacted by SMS.

The survey found that consumers wanted card issuers and banks to recognize and use their preferred channel to communicate account specific information.

Instant alerts vs. days in the mail

Given a choice, 47% of consumers said they would prefer their banks deliver mobile SMS messages for urgent communications, yet only 11% said they received mobile SMS texts for communication other than regular bank statements.

Two-thirds of consumers said their bank had emailed them at some point, but consumers said email wouldn’t cut it for account alerts. They expect quicker notification. 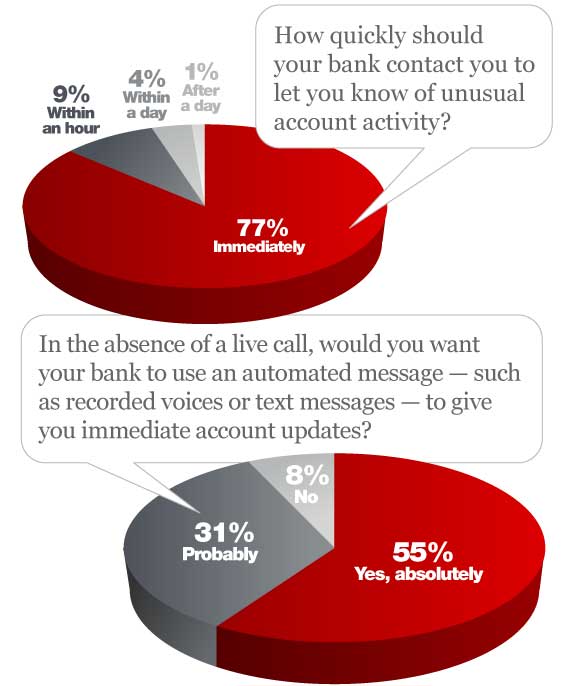 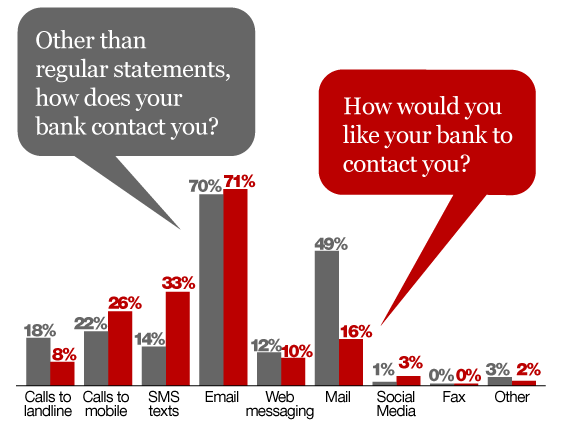 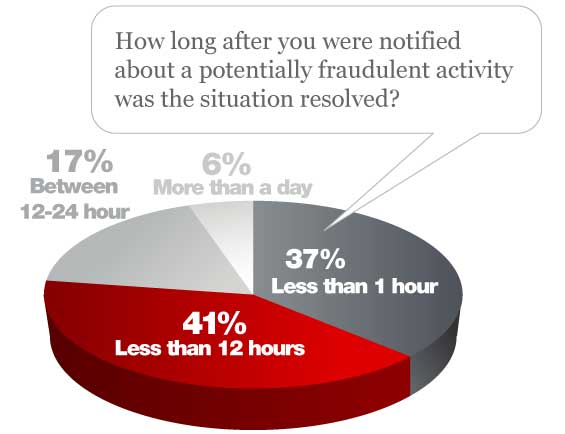 “What we are seeing here is an obvious gap in communications between banks and their consumers,” said Bill Brown, Director of Worldwide Product Marketing for Adeptra. “The results of our survey are clear: consumers want faster notification of possible fraudulent behavior on their accounts, and are becoming increasingly more vocal about the ways they would like to hear from their banks and financial institutions.”

“Banks should be utilizing mobile communications to reach consumers in real time and in the way they prefer,” Brown said. “Financial institutions that don’t take hold of this opportunity will potentially lose customers, reputation and market share.”

It’s safe to assume consumers’ demands for immediacy will grow. With smart phone sales up 96% in 2010, consumers are becoming more mobile than ever. In our increasingly wired world, people expect instant-gratification, and measure wait times in milliseconds.

“Whether by voice, SMS, email, or any combination of these methods, the opportunity for financial institutions lies in listening to the consumer,” Brown concluded.