If there are more than 300,000 ATMs in the U.S., why is it that you can never seem to find one when you need it? Addison Avenue FCU thinks it has the answer with its free iPhone ATM locator. Using augmented reality technology, the credit union’s application lets iPhone users can their phones in any direction to find the nearest ATMs, and tell them which ones might charge fees. 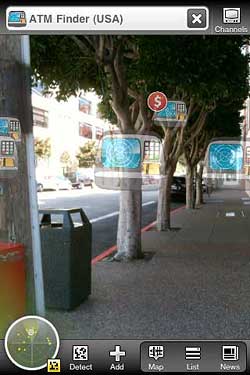 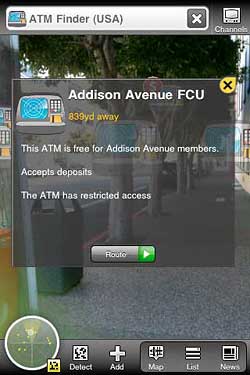 Augmented reality is a simple-yet-powerful technology drawing off mobile phone GPS data to identify a user’s location. Contextual information specific to that location is then layered on top of a user’s iPhone screen in real-time. For instance, someone could point their iPhone at a mountain range and the heights of various peaks would be superimposed on the image.

For Addison Avenue, its iPhone application shows users where all ATM machines are within a several mile radius simply by waving their phones around. It’s like a portable Garmin service for ATMs.

The application displays every ATM in the country, so all banks and credit unions are included in the results. The locator highlights the 28,000 free ATMs specifically available to Addison Avenue members.’

Addison Avenue partnered with metaio, a company specializing mobile augmented reality, to build its ATM locator. The iPhone application runs off the company’s junaio platform, a service used to find bars, restaurants and nightclubs. The credit union says it will have an Android version of its ATM locator soon.

Running the visual ATM locator is pretty easy. You download the junaio application to an iPhone 3GS and subscribe to Addison Avenue’s visual ATM locator channel. Then you just point your phone at the horizon, and ATMs will be shown via a digital overlay from the live view of the camera on the phone.

“Our members are connected and on-the-go and they expect tools that support that lifestyle,” said Stu Fisher, SVP/eCommerce at Addison Avenue.

The ATM locator should soon be available to members of First Tech, another credit union serving the technology sector, assuming a planned merger Addison Avenue goes through. 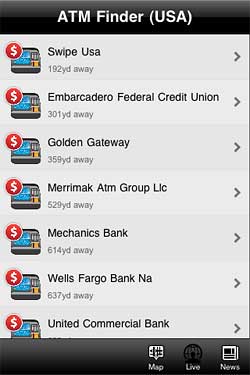 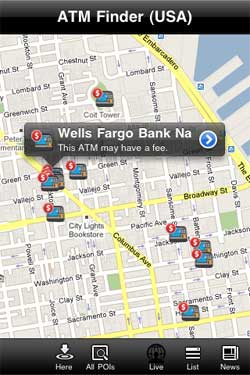 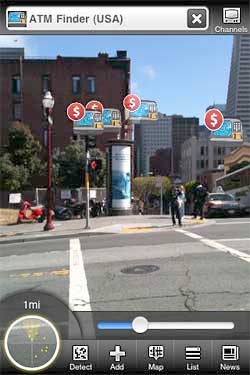 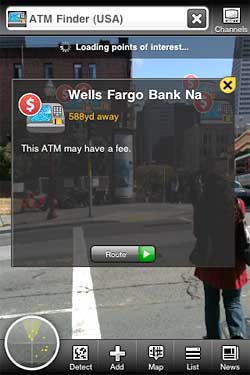