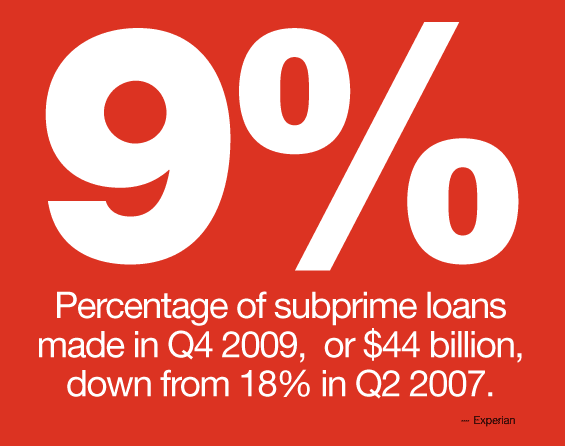 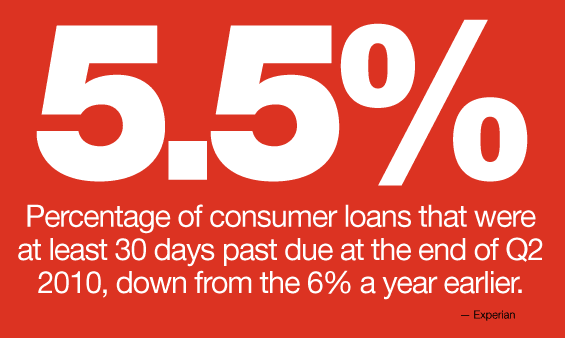 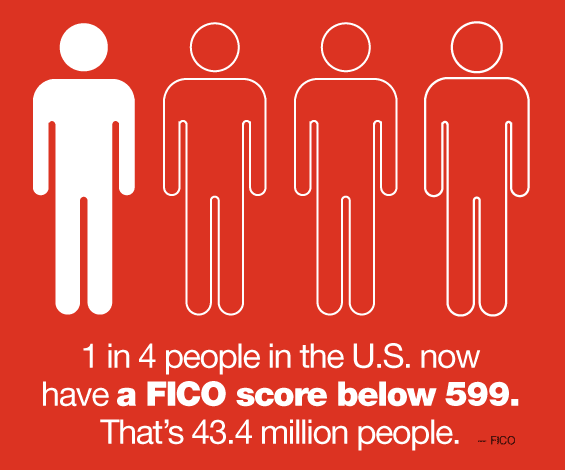 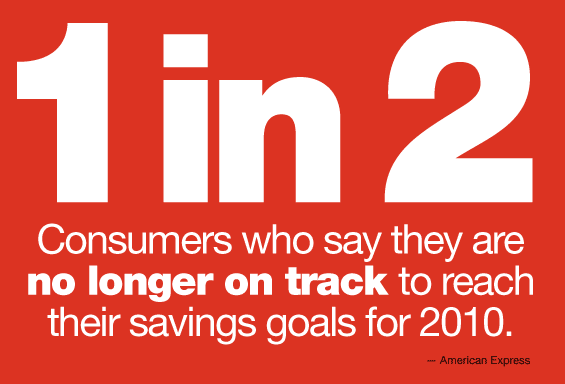 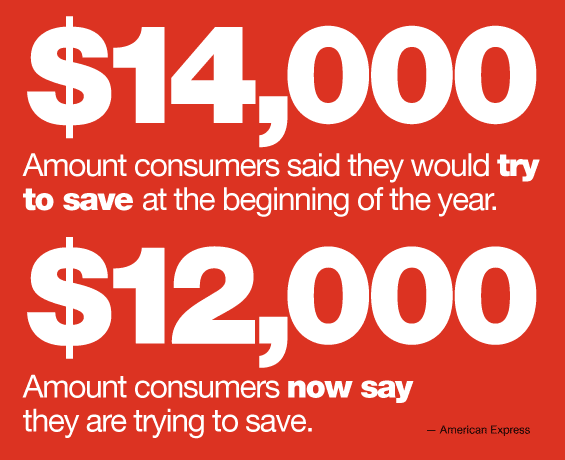 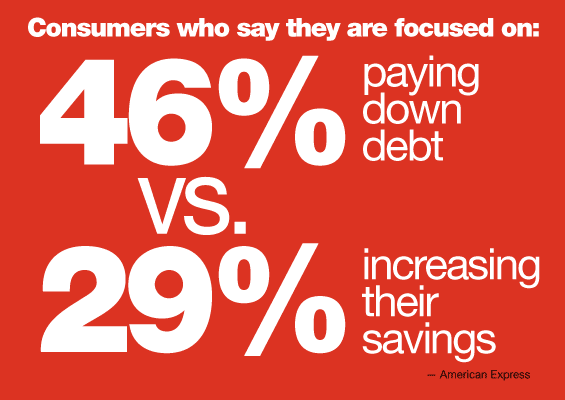 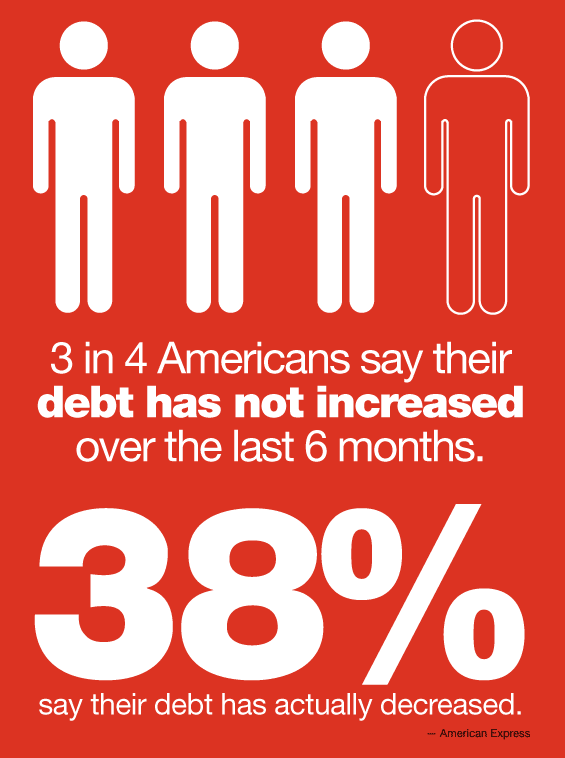 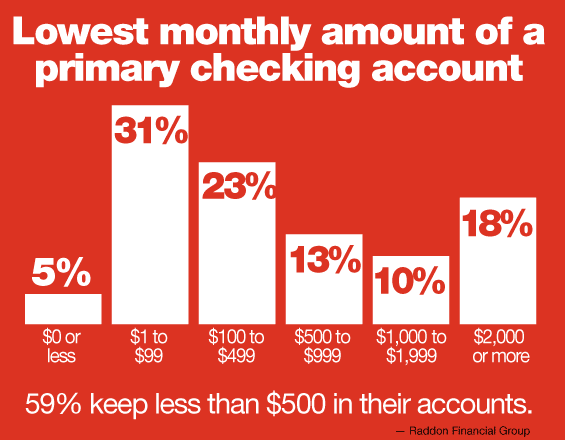 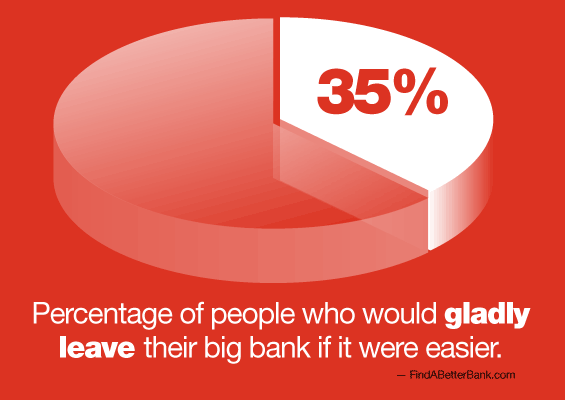 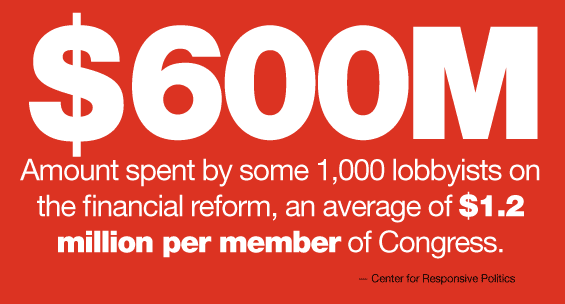 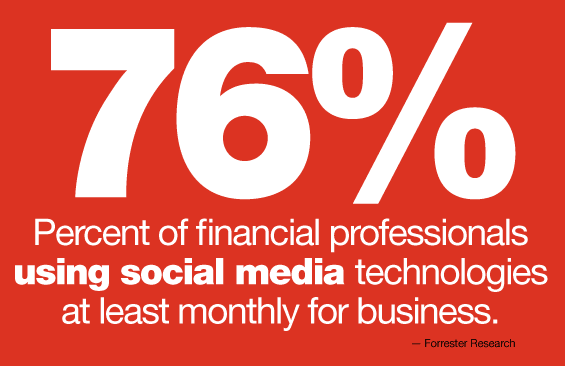 $600 million: Amount spent by some 1,000 lobbyists on the financial reform Act.
— Center for Responsive Politics

35% of people would gladly leave their big bank if it were easier.
— FindABetterBank.com

1/2 of consumers  say they are no longer on track to reach their savings goals for 2010. The key reasons cited were:

$14,000: Amount consumers said they would try to save at the beginning of the year.
$12,000: Amount they now say they’re shooting for.
— American Express

More Americans say they have been focused on paying down debt (46%) than saving (29%) this year.
— American Express

Subprime borrowers got just 9%, or $44 billion, of all consumer loans in the fourth quarter. That is down from 18% in 2007’s second quarter.
— Experian

5.5% of consumer loans (excluding home loans) were at least 30 days past due at the end of the second quarter, down from the year-earlier 6%.
— Equifax Inc. and Moody’s Analytics

59% of people keep less that $500 in their checking account.
— Raddon Report