Subscribe Now Get The Financial Brand's FREE Email Newsletter
Forces are building for a possible surge in consumers switching financial institutions. The reasons have less to do with rates and fees and more to do with being valued as a customer. Raised consumer expectations in technology, service and communication are pushing up the number of people that could be persuaded to move. Banks and credit unions have a chance to capitalize or lose ground. 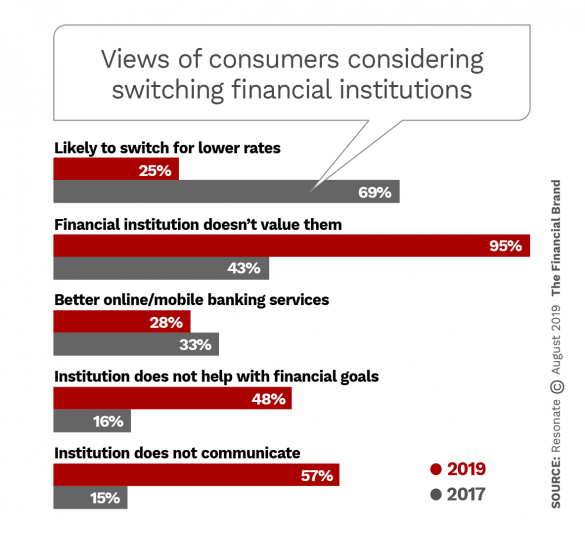