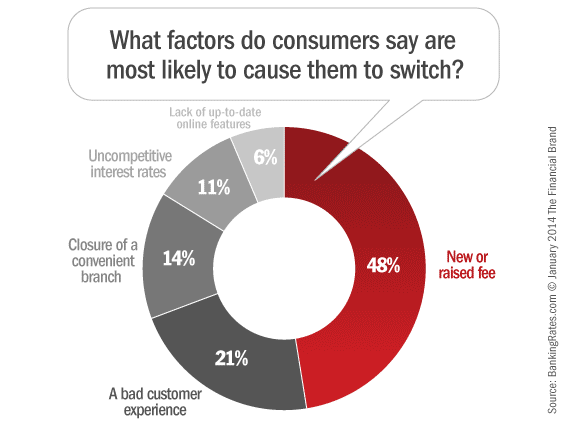 A very good study fielded in the fall of 2013 revealed that only 12% of consumers have switched banking providers in the last two years. One in ten had to do so because they moved to another area, and only 39% cited fees as the main reason.