Subscribe Now Get The Financial Brand's FREE Email Newsletter
One community bank answers with an emphatic yes. It has retained rate-sensitive customers by deploying a system that consists of technology, new products and staff training. The big selling point for the products is flexibility rather than rate.

Executives at Citizens National Bank of Meridian decided in late 2021 to prepare for rising interest rates that they knew would send deposit customers on a quest for the best yield.

Rather than chase its customers up the rate chart, the bank adopted a strategy designed to retain core deposits without triggering a sharp rise in costs, says Scott Sills, Chief Marketing Officer at Citizens National, which has 27 branches around Mississippi and assets of about $1.7 billion.

“At our size and scale, we needed to have one system that would work for everybody, as opposed to having one-off exception pricing all of the time,” Sills says. 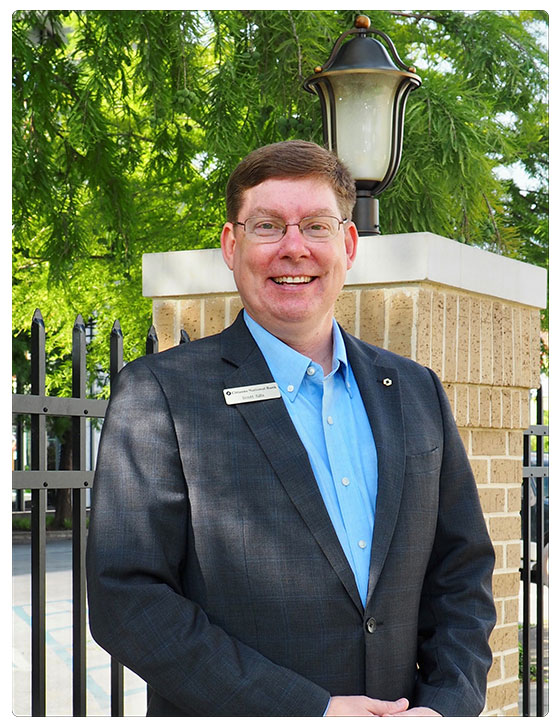 The system it uses — a combination of technology, new products and staff training — came from The CorePoint, an Omaha-based consulting firm the bank has worked with since 2017 in both rising and falling rate environments.

Citizens National asked the firm to implement a fresh training program in early 2022 to help prepare employees for rising rates.

The bank also rolled out several products to give some attractive options to customers who would be getting notices about maturing certificates of deposit in the months ahead — options that hinged on flexibility rather than rates.

Sills says the rate war is starting to ramp up in the bank’s markets lately and the deposit initiative has been effective at both facilitating customer retention and attracting new customers.

How the Customer Conversations Go

The training gave the bank’s frontline staff practice in talking with rate-sensitive customers, including those who might come in with ads showing higher rates being offered by the competition, Sills says.

“We have introductory questions and conversations to break the ice and build a rapport and relationship,” he says. “And then we get into needs-based questions where we ask questions that help us customize a solution that fits their needs and adds value.”

CorePoint’s technology, meanwhile, arms staff with the information they need for those conversations, including the ability to ‘dollarize’ CD yields, which most banks don’t do, says Sills. “That’s a differentiator for us.”

Showing customers in dollars how much more money they will actually earn from that higher rate over the life of the CD offers some perspective. “Sometimes that helps retain the deposit, because that dollar amount is just not that much different,” Sills says. “It’s just not worth the time, effort and energy it would take to move that CD over to a competitor.”

Citizens National reaches out to customers with expiring CDs to invite them for a consult. About 60% to 70% come in to discuss their options.

The technology also frees the bank from being locked into a limited set of standard CD terms. Employees can tailor terms to any specifications — for example, a CD that matures in the exact month that a customer expects to have a particular need arise, such as a college tuition payment coming due.

In addition, the staff can offer special savings products to customers unsure about committing to a new CD. One is a higher-yield account designed to absorb expired CDs. It allows customers to park their money while they figure out what they want to do with it. They can withdraw however much money they want from the account at any time without penalty, but still earn the same rate as they would in a CD. The account gets closed once all of the funds are withdrawn.

“Customers tend to really like that flexibility,” Sills says.

Banks did not have to do much to attract and hold deposits over the last two-and-a-half years. With interest rates near zero, savers had little incentive to shop around. Federal stimulus programs, meanwhile, pumped money into the accounts of businesses and individuals.

But, after seeing record inflows for much of 2020 and 2021, the banking industry posted a decline in deposits in the second quarter of 2022, the first drop since 2018, according to data from the Federal Deposit Insurance Corp.

Beware of the Online Deposit Competition:

Digital-only banks have increased their rate on savings accounts by more than 130 basis points, on average, from March to mid-September, according to a KBW research report.

Given the relatively low demand for loans, some banks might be able to afford to let some deposits roll off as customers search out higher rates, industry observers say. The movement will help banks increase their loan-to-deposit ratios, for example, which fell steadily through the pandemic.

But deposit runoff is widely expected to accelerate in the coming year and banks can’t afford to be complacent.

“I don’t want to say it’s not a worry, let the deposits run out, because that’s not the case,” says Damon DelMonte, a managing director in equity research with Keefe Bruyette & Woods.

When it comes to raising rates, banks have been treading cautiously, says Gregg Wagner, a managing director at The Kafafian Group, a consulting firm based in Bethlehem, Pa. “They are not increasing rates substantially across the board,” but they have been willing to raise rates for customers they want to retain, such as corporate and municipal depositors, Wagner says.

Positioning the Bank as a Trusted Adviser

A higher interest rate, however, shouldn’t be the only weapon in a bank’s arsenal, according to Neil Stanley, founder and chief executive of The CorePoint. Traditionally, banks have faced a decision when customers come in brandishing a higher rate from a competitor: match the rate or lose the customer. “Those are two bad choices,” says Stanley.

Instead, banks like Citizens National offer their customers different products – and use a different sales approach.

Across the banks using CorePoint, the median cost of funds for timed deposits in the second quarter of 2022 was 56 basis points, compared with 69 basis points for peers, according to the company’s analysis of Federal Deposit Insurance Corp. data.

Instead of having a very static process where they just throw out rates and see what the reaction is, banks can work a depositor through a conversation. And that conversation makes bankers trusted advisers, Stanley says.

One tool used by Citizens National is a companion savings account. Customers who open a CD can also put money in the companion account, which offers an above-market rate but no fixed term. They can add money every time they open a new CD, Sills says.

Notably, KBW has said in recent research reports that banks with lower loan-to-deposit ratios are more likely to outperform peers in coming quarters, as they will have greater capacity to add loans at higher interest rates. Another competitive advantage is that they are less likely to need to attract more deposits quickly, at a time when they would have to pay up to do so.

“The significant liquidity build from 2020-2021 is being rapidly unwound in 2022 with loan growth well in excess of deposit growth.”

Citizens National’s deposit-gathering success hinges on those structured conversations with customers that the staff trained for, Sills says.

When rates were low, most customers simply let their CDs renew. Now, between 60% and 70% of the bank’s customers come in to discuss their options, in some cases prompted by outreach from the bank, Sills says. Citizens National sends notices, and sometimes makes phone calls, to customers with expiring CDs.

The bank generally does not advertise its flexible CD terms and companion accounts, in part because those are not what customers expect and are too challenging to explain in an ad. But it will run an ad for a typical CD special at times, then initiate a conversation with customers who walk in after seeing the ad, to let them know about the variety of options.

“We have utilized traditional and digital advertising to get clients into the bank, then we follow our sales process to have a conversation about their needs for flexible terms, rates and other companion accounts,” says Sills.