Bancography, a branch and brand consulting company for financial institutions, has released a free report taking a close look at trends in deposit growth. Among the report’s conclusions? The “flight to safety” is over, making 2011 a much tougher year for growing deposits.

The report includes a number of tactical recommendations for marketing and branch planning in the year ahead.

The report Includes all deposits, including CDs. However, individual branch deposits are truncated at $250M to winnow out large deposits from corporate, brokered, public funds, and other non-retail sources. The data used was from June 30, 2010.

Each of the top 30 markets grew at a slower pace in 2010 than inthe prior year. The top markets include a mix of geographies, though Northeast metros captured four of the top 10 spots. Markets troubled by structural economic erosion (Cleveland, Detroit) and markets at the center of the real estate implosion (Las Vegas, Riverside, Atlanta) lost deposits. 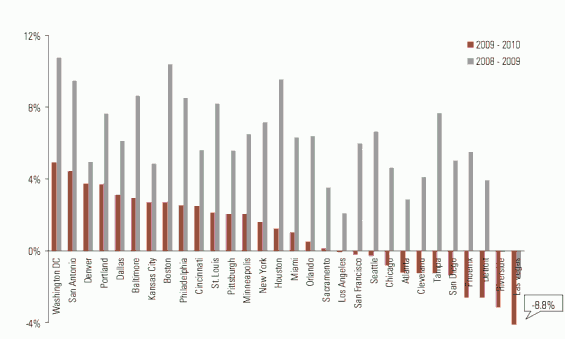 Five of the six states where deposits declined in 2010 ranked among the most in terms of unemployment, with Florida, Georgia, California and Nevada faring especially poorly. Conversely, economically healthier regions including the Dakotas and adjoining western states, northern New England and greater Washington DC showed both low unemployment and high deposit growth. 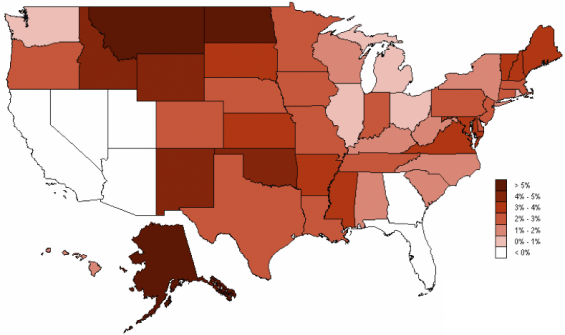 Though high unemployment clearly diminishes deposit growth by reducing aggregate income, there is a reciprocal aspect to the relationship, too; as the constriction of credit (which can be reflected in the deliberate run-off of deposits) can negatively impact employment rates.

Three of the states that lost deposits and that rank in the top unemployment tier –California, Florida and Georgia — rank among the top four in terms of recent FDIC bank seizures. Illinois, which ranks second in terms of FDIC closures, showed a deposit gain of less than 1% and also falls into the second highest unemployment tier.

Smaller Institutions Do Better, But Big Banks Get More

Smaller institutions have benefited from negative news surrounding mega banks. Credit unions and community banks outgrew all of the larger institution tiers, but on average still operate smaller branches than the largest banks. 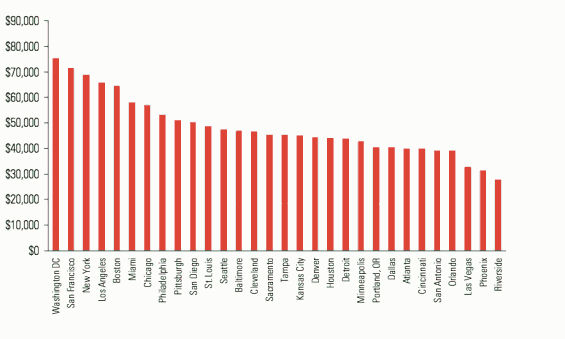 Established markets in the Northeast and Midwest have a higher density of branches, with one for every 900 to 1,000 households. California and other Western metros remain less concentrated. Riverside, San Bernardino, Las Vegas, Los Angeles and Sacramento contain only one branch for every 1,500+ households. 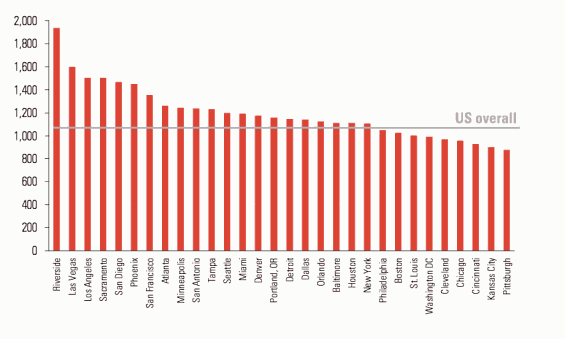 Intuitively, deposits per branch are highest in (1) high income, affluent metros, such as San Francisco, Boston and Washington, and (2) markets where there is a low concentration of branches, such as Los Angeles and Sacramento. 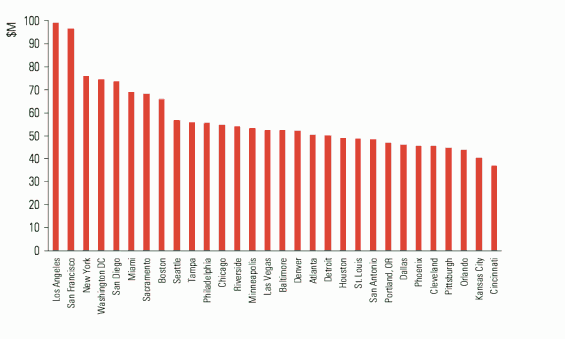 After a ‘flight to quality’ lift in 2009, deposit growth abated in 2010. The exodus of funds from the stock market in was a one-time rather than a recurring event. With stagnant employment constraining disposable income and a reviving stock market recapturing some bank funds, deposit gains will be difficult to achieve in 2011, and even then will require aggressive marketing and/or price-based offers.