Subscribe Now Get The Financial Brand's FREE Email Newsletter
2011 was heralded as the Year of the Credit Union, due mostly to BofA’s debit fee and the resulting “Bank Transfer Day” protest it sparked. In 2012 however, things returned to normal.
Subscribe Now!

Bancography, a strategic branch planning firm, has released its annual outlook for the financial services industry, examining deposit, demographic, and economic trends across the U.S.

Bancography’s full 40-page report includes 20 graphs, 5 maps, 3 charts and 2 tables. Every senior executive in the retail financial industry should find something of value in this report.

Since the ‘flight to quality’ boon that followed the 2008 economic crisis, consumer and small business deposit growth has remained low, though 2012 saw some rebound from the lows of 2010 and 2011. In contrast, institutional balances increased substantially in 2011 and 2012 as large corporations parked cash in financial institutions, hesitant to invest in a slow economy. 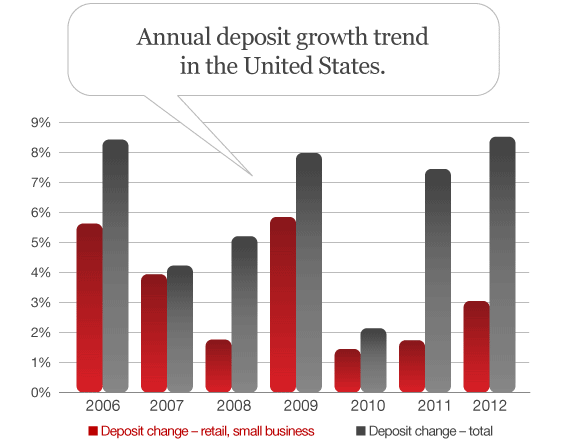 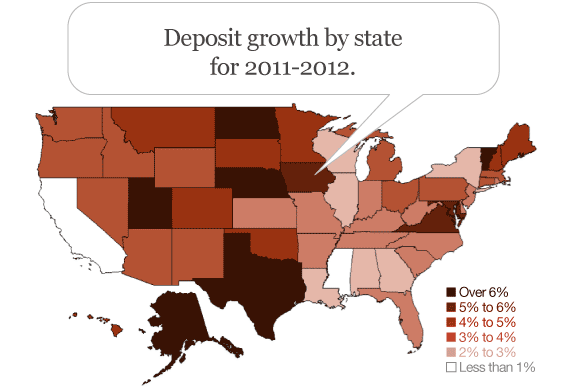 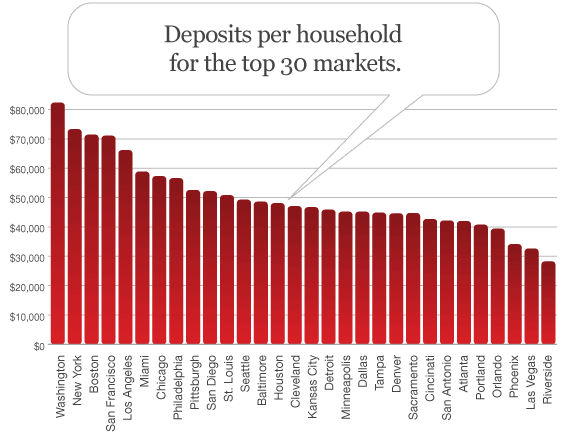 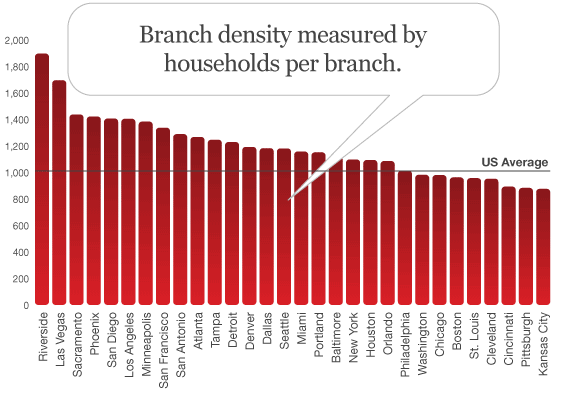 The inventory of branches in the U.S. has declined by almost 2,000 units over the past three years, including a decline of 750 units in 2012. However, the pace of new branch opens revived from 2011 lows last year, even as the pace of closes increased by a greater degree. 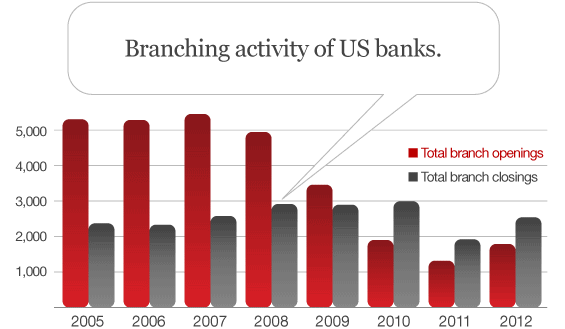 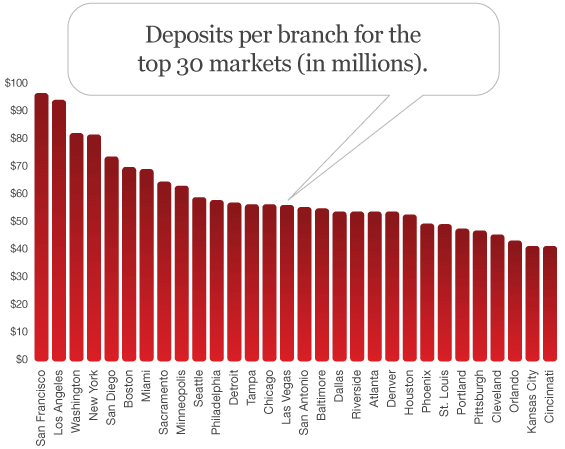 With their greater aggregate wealth, large markets capture most of the top spots in a ranking of deposits per branch. San Jose, Raleigh, Honolulu, Ogden and Oxnard — all high income communities — are examples of coastal, smaller markets that reach into the top rankings.