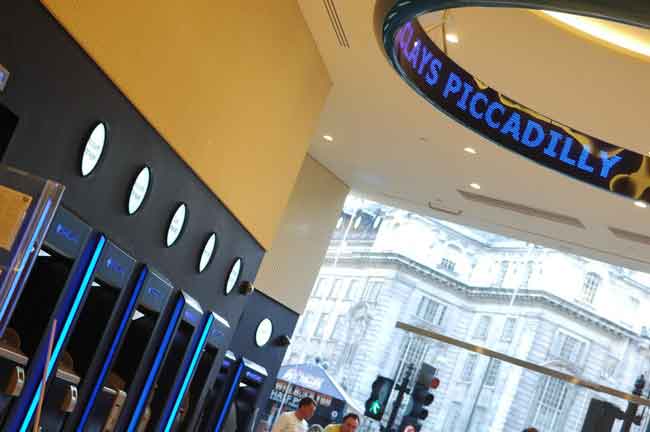 Barclays has opened a new flagship branch at Piccadilly Circus in London. The bank describes the project as “the first ‘brand concept’ branch in the UK,” covering 8,000 square feet of retail space over three floors.

“We have taken inspiration from retailers such as Apple and Nike,” said Mike Amato, Chief Distribution & Product Officer/Barclays in a press release.

According to one source, the design of these branches has been developed over the last two years at a warehouse in Northampton. This is similar to what Steve Jobs did when he built not one but two life-size Apple stores in a Cupertino warehouse to test the concept prior to public launch.

The branch has a large self-service area that includes deposit machines for cash, checks and coins, as well as an ATM that dispenses both dollars and euros. 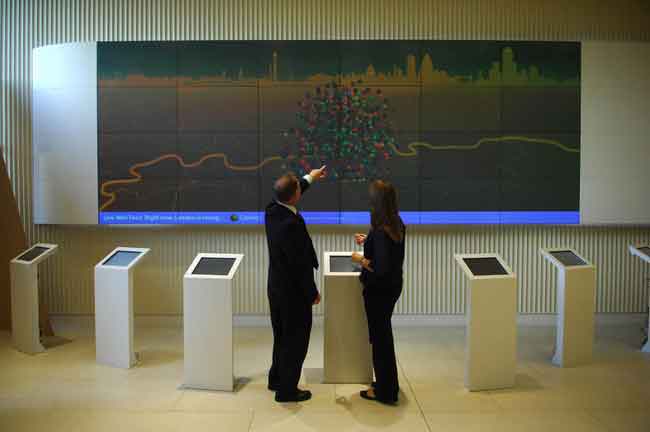 ‘Being:London’ is the first thing visitors see as they enter the bank. This online video wall art installation graphically represents London life using content from blogs and input from consoles within the branch. Customers can also access information from the magazine ‘Time Out.’

Outside of opening hours, the front of the branch will be transformed into the ‘Night Life’ screen. This installation picks up the image of passers using face recognition technology and cameras and creates moving silhouettes on the screen together with thought bubbles containing random messages. 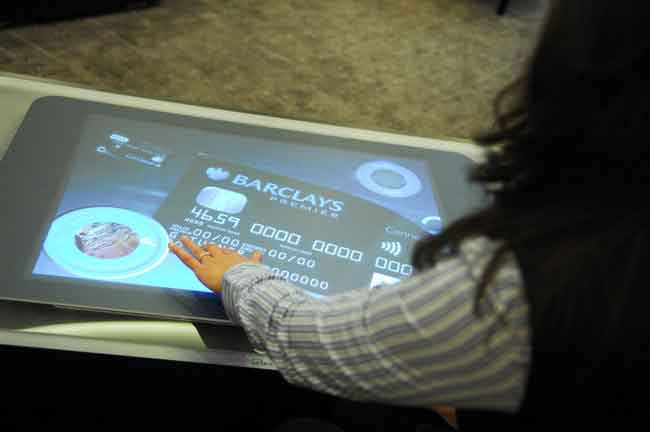 With the opening of the branch, Barclays becomes the first bank in Europe to pilot Microsoft Surface. The Surface program allows users to “grab” digital content with their hands and navigate information about Barclays’ Premier banking offering with simple gestures and touches. TDECU is another financial institution experimenting with the Microsoft Surface. 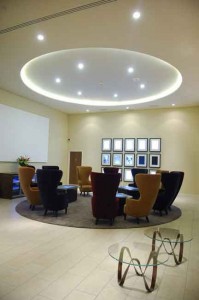 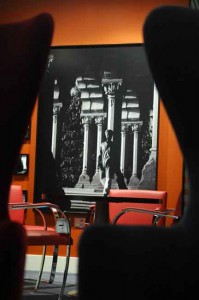 There is a dedicated lounge for Barclays Premier customers complete with refreshments and wi-fi access.

One customer of Barclays Bank, Carole Railton from London, said she was keen to try out the new branch, only to be disappointed when she finally went. “When I keyed in my number all my account details were on the enlarged screen for everyone in the area to see,” she said. “Not happy about this, I spoke to a member of the staff who had no interest.”

“The bank of the future, surely will listen to its customers?” she asked.

The bank intends to remodel its entire network of 1,733 branches across the U.K. in coming months.

The project was designed by The One Off and architect Aukett Tytherleigh. 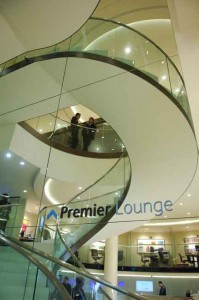 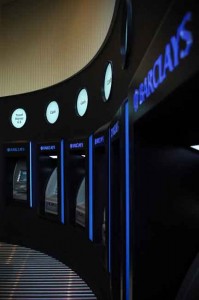 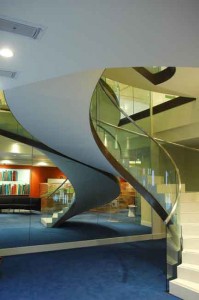 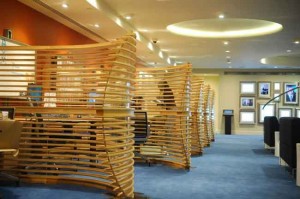 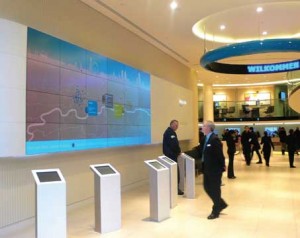 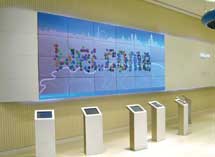