Subscribe Now Get The Financial Brand's FREE Email Newsletter
Every year, the digital branch merchandising experts at Codigo survey banks and credit unions across the industry about their plans for the brick-and-mortar channel. Their resulting 2017 Branch Transformation report reveals one inescapable trend for future locations: smaller, fewer, less. Here are some of the highlights.
Subscribe Now! 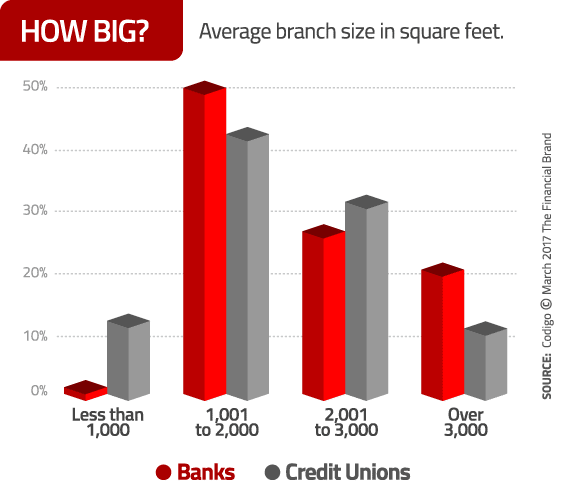 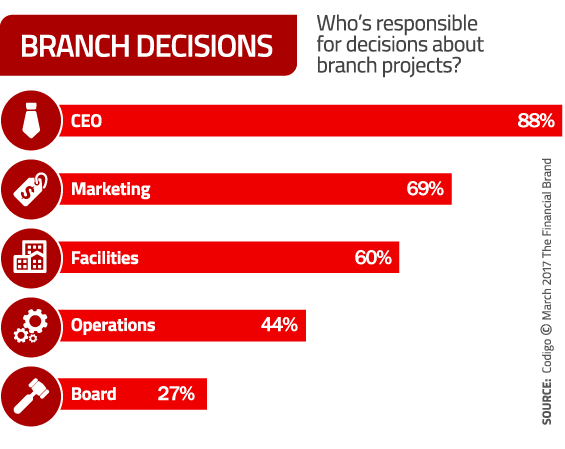 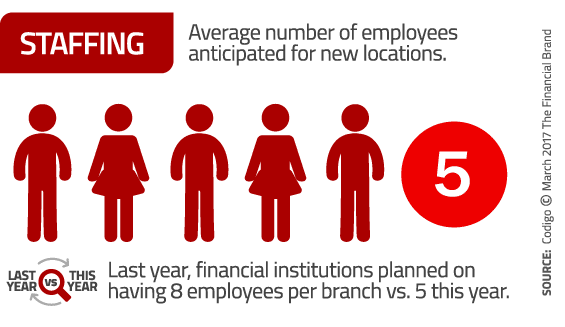 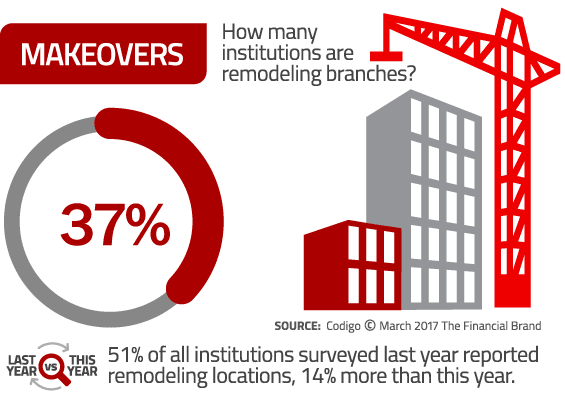 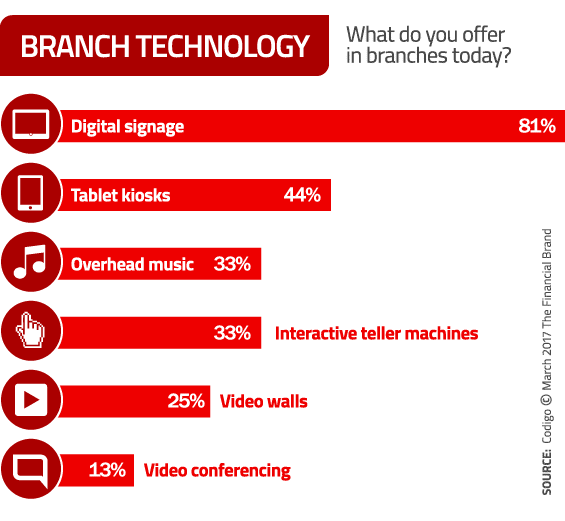 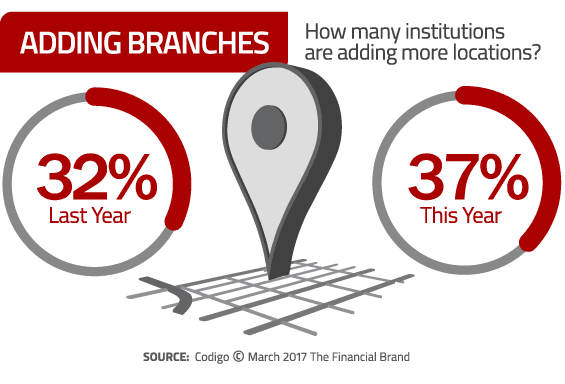 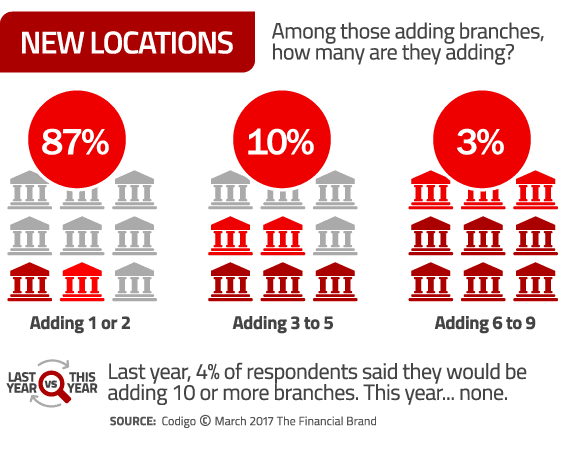 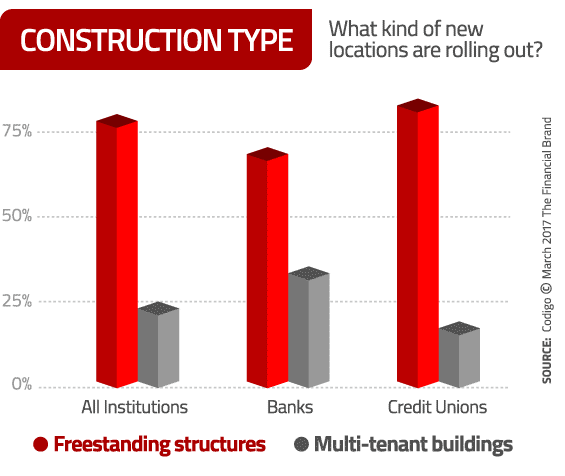