A review and analysis of 10 recent name changes in the credit union industry.

The Financial Brand spotted two trends emerging within the last year. There seems to be more credit unions switching to state charters, triggering bigger changes to their names than just dropping “Federal.” There is also an increasing number of credit unions who have already undergone name changes, and now they are switching again — from names with relatively wide appeal (like Comstar, Members First and Northwest Resources), to new names with equally broad appeal.

You diggin’ this ‘Vibe’? 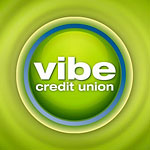 Reason/Rationale: After conducting extensive research of members and non-members in the Metro Detroit area, the credit union says it discovered that “Telcom” had very minimal name recognition. People didn’t know what the old name represented nor that anyone could join.

“We chose a unique and different name that incorporated a modern version of our historical roots in telecommunications,” in a Q&A sheet for members. “Vibe represents a new energy within our credit union and the opportunity to build our membership base by reaching all age groups.”

Analysis: The connection back to the telecom is a little flimsy, but who cares? The new name — and indeed the rest of the new brand — are pretty cool. Check out their Facebook page. For a credit union looking to broaden its appeal (presumably with younger members), Vibe is a great choice.

GE Called, They Want Their Name Back…

Reason/Rationale: Forced to change by sponsor, and to reach a wider community of potential members.

In January 2013, the credit union was informed by GE’s corporate lawyers that it must cease all use of the GE mark and General Electric wording in its name. (The same letter, sent by GE corporate attorneys, was also received by several other credit unions bearing the General Electric name across the United States.)

“We actually began the process to change our name about two years ago, so receiving this letter from GE was no surprise and only reinforced our name change announcement in 2013,” said Gail Cook, president/CEO of Widget Financial.

The credit union was originally created to serve employees working at the General Electric Transportation (GET) plant in Erie. “Widget” was selected for its tribute to GE Transportation (widGET) and to the Erie Region which certainly produces its share of “widgets”. It was also chosen for its familiarity in a variety of service industries including technology, manufacturing, education and healthcare.

Teal Financial was another option the credit union considered for its new name.

Analysis: When you are forced to change names, it helps to assuage members’ pain by picking something closely linked to the credit union’s legacy and field-of-membership (FOM). Also, when your primary sponsor requests the name change — as large brands have done more and more frequently (like Weyerhaeuser, Hewlett Packard and John Deere) — it’s wise to stress to members that there is no bad blood between the credit union and the other organization… “it’s just a legal trademark thing, don’t worry.”

How to Sound Northwestern Without Using the Word ‘Northwest’

Reason/Rationale: Too many credit unions in the northwest using the word “Northwest” in their name.

Analysis: The credit union said it wanted to differentiate itself while exuding a unique northwest flavor and style. Mission accomplished.

Reason/Rationale: Clean up a legacy of mixed brands.

Comstar FCU, a amalgamation of various government credit unions, says Nymeo is an anagram of the word “money,” and will promote itself as a new way to look at money.

The old name — Comstar — represented “COMbined Science, Technology And Research.” Previous monikers the credit union used before that include Monocacy and Standards.

The new name is part of a wider rebranding that will include renovations to the credit union’s eight branches.

Analysis: The new name would work better in New York (“NYmeo”) than suburb than for this $235 million credit union based in a Washington D.C. suburb. Another anagram you can make from the word “money” is “MyOne.”

Reverse Course: Returning to Your Roots

Analysis: Over fifty credit unions have the word “Members” in their name — including one in Colorado where Aurora is based — so moving away from the tired “Members” meme is definitely a smart strategy. But five other credit unions the U.S. already have names starting with “Aurora.” This can create problems in the post-internet era, where organic search engine ranking is almost priceless. In its search results, Google almost always favors larger organizations and those who owned the search term longest.

Read More: How To Look Up Your Financial Trademark in 10 Easy Steps

Starting Out on a New Path

“Declining gains in membership and the credit union’s current sponsors no longer providing a sufficient number of new or prospective members, our board determined that it was time to change our name and convert our charter,” explains Kathy White, CEO and president of NuPath Community Credit Union.

Analysis: About 20 other credit unions have names starting with “New,” and another seven start with the coined prefix “Nu” (e.g., NuMark, NuVision, NuVista). Six other credit unions incorporate the word “Path” into their name. However, none of these other credit unions sharing “NuPath” wordparts are in Michigan where NuPath is based. As other similarly themed monikers like “Trailhead,” “Directions” and “Navigant” illustrate, names capturing the concept of a “guided journey” are popular with retail financial institutions.

Reason/Rationale: Merger. Rather than make two credit unions (and their members) feel like they are being taken over by a third, all three credit unions will start fresh with a new brand.

Analysis: There’s another credit union in Tennessee bearing the “Pathway” name. There are also other financial firms with trademarks on file with the USPTO for the “Pathway” name — an investment company, an insurance agency, a mutual fund, prepaid funeral services — any of whom could decide to make legal trouble for the newly christened credit union.

Read More: What Does the Word ‘Federal’ Do for FCUs?

Reason/Rationale: The credit union wanted a name that would allow it to expand beyond the Gwinnett County educational community it once served exclusively.

“The name Peach State not only acknowledges our entire membership base, but it also allows for future growth without geographic constraints,” said Peach State FCU President/CEO Marshall Boutwell.

Analysis: There aren’t any other credit unions in the U.S. using the word “Peach” anywhere in their name, which will greatly help the credit union distinguish itself as a financial provider. But there are undoubtedly thousands of businesses in Georgia — which is known as the Peach State — who have the same name, which could make things a little messy for lazy Googlers. But for now, Peach State FCU has Page 1 ranking on Google (#4)… so far, so good.

Reason/Rationale: Make the name more appealing to a wider range of prospective members.

Analysis: The new name has a nice subtle tie-in to the credit union’s history and heritage serving members of the oil exploration business. Older members will see the connection, while new members will have their own fresh connotations.

No One’s Laffing in LA

The credit union, based in Michigan, had reduced its name internally to an acronym years ago. While switching to a state charter, they figured they’d just complete the formalities and make it official. What does the “F” in the new name stand for now that the credit union isn’t federally chartered? “Financial?” Anything?

Analysis: Just like with Nymeo, there are some abbreviations like “LA” and “NY” that are so strongly associated with one particular meaning that it can be difficult to use them in any financial naming project. Unfortunately, there are already a number of other credit unions using the “LAFCU” acronym, including most notably Los Angeles FCU and LA Firemen’s Credit Union.

And as First Entertainment CEO Chuck Bruen points out, the acronym will most likely be pronounced “Laugh Q” (which isn’t necessarily a bad thing if the credit union decides to embrace a “fun banking” brand).