Subscribe Now Get The Financial Brand's FREE Email Newsletter
Many bank and credit union marketers like the ease and simplicity of measuring net promoter scores. But do these numbers have any correlation with business performance? Or are there other metrics financial institutions should be measuring instead?

5) Adaptability – as an open-source method, NPS can easily be put to work in a wide variety of business settings.

Absent from this list, however, is any indication that tracking the metric produces, or is linked to, bottom-line benefits.

According to research conducted by The Financial Brand and Aite Group, there is evidence to suggest that, among financial institutions, NPS has no impact on- or correlation to business performance. Among the 169 banks and credit unions responding to the survey, one-third measure NPS. 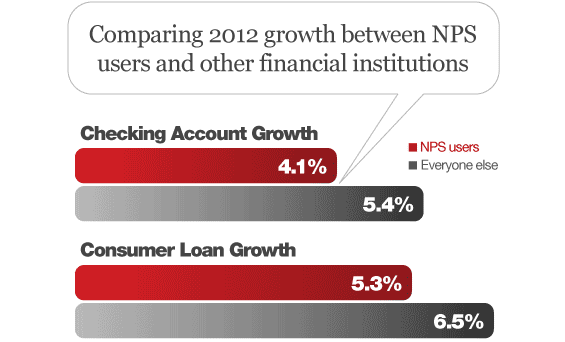 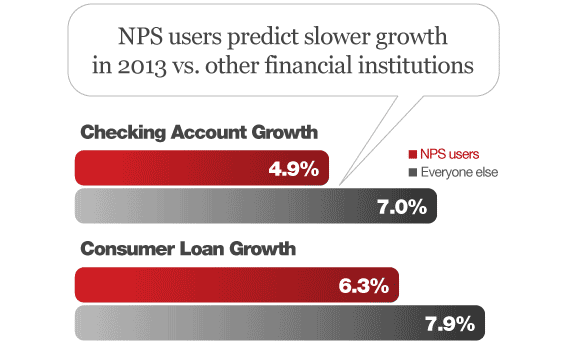 Certainly, measuring NPS is not the cause of subpar performance. But with the hype surrounding the metric, there is an expectation that using NPS leads to better bottom-line results.

Net Promoter Score is a customer metric. It’s not an operational measure, nor does it apply to conversion rates, or the marketing or service effectiveness of dealing with prospects. NPS is touted to be a metric used to improve customer loyalty. If that’s the case, then why do just 9% of NPS-using financial institutions cite customer retention as a top three marketing priority for 2013? Why bother measuring NPS if customer retention isn’t that important a priority? 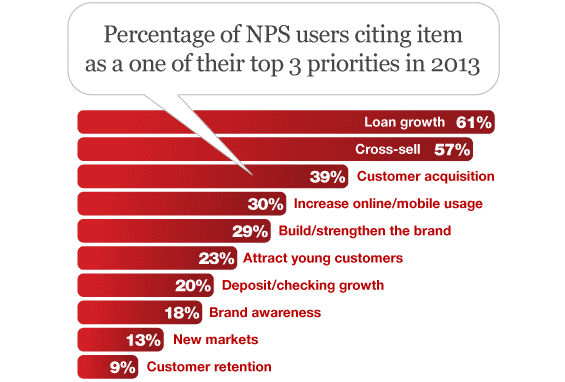 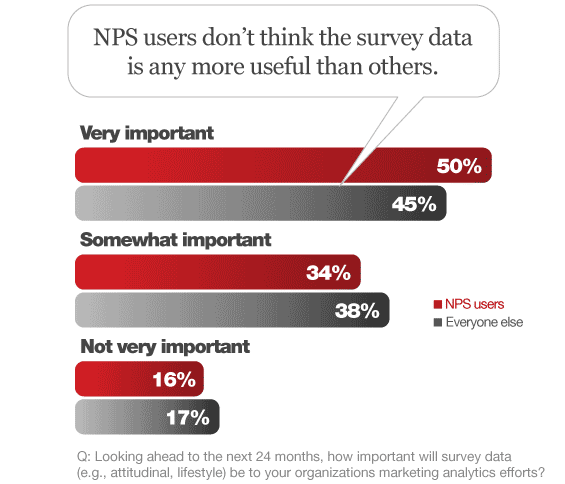 What Should Financial Marketers Measure?

The results of the 2013 Financial Brand Marketing Survey provides some evidence that financial institutions that measure Net Promoter Score don’t outperform the market, and, additionally, that their marketing actions aren’t always consistent with the Net Promoter philosophy.

This begs the question: If not NPS, then what should financial marketers measure?

This is why I’ve proposed the use of a metric I call Referral Performance Score (RPS). Giving nod to the Net Promoter junkies who believe that customer referrals (i.e., word-of-mouth marketing) are important, the RPS looks at customers’ actual referral behavior, and not just their intentions.

I can’t say that measuring RPS will improve an financial institution’s bottom line, but I can make a case for why it’s a superior metric to the Net Promoter Score.