What they came up with was a robust, multimedia marketing campaign built around a cash prize booth and elderly spokesperson named “Aunt Sophie.”

Who is Aunt Sophie? Josh Streufert, the Creative Director at Weber Marketing Group who invented the fictitious character, says Aunt Sophie is “everyone’s aunt, never short of an opinion and always ready to tell you what’s what.”

“She is loveable, eccentric and has a distinct voice and style,” Streufert explains. “She loves Georgia United and will tell anyone who will listen.” 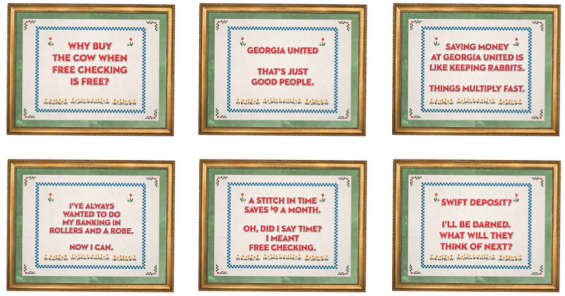 Some of the many placards with Aunt Sophie’s favorite sayings that can be swapped into the lief-sized, freestanding display cutout of the grandmotherly spokesfigure.

The idea for a cash grab booth came from Georgia United’s CEO and President, Warren Butler. “I’ve wanted to purchase one for years as it’s such an attention-getter,” Butler said. “We rented one for our staff team day and it was such a hit, we had a custom machine produced for our business development team to use at our larger member group events and benefits fairs.”

“It’s a great way to stand out from the crowd and get folks talking about the credit union,” he added.

Prizes up for grabs in the cash machine included cash, gift cards, iPads, a 42″ flat screen TV, auto loan payments up to $500 and a mortgage or rent payment up to $1,500.

While members and potential members are lined up for their turn to grab some cash and prizes, Georgia United representatives share information about current service offerings and promotions like 1.99% car loans, cash bonuses for new accounts, and the credit union’s Swift Deposit service which allows members to make check deposits through their smart phones. 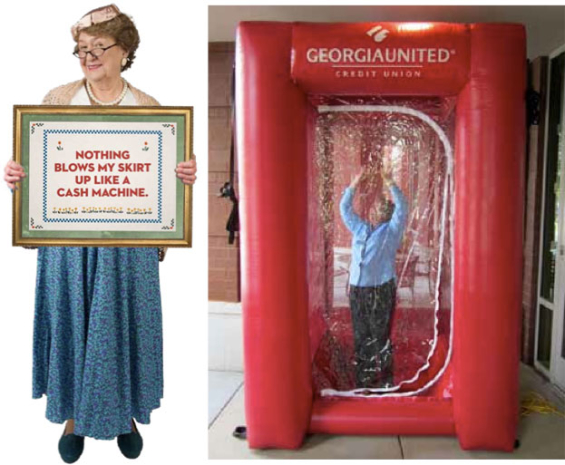 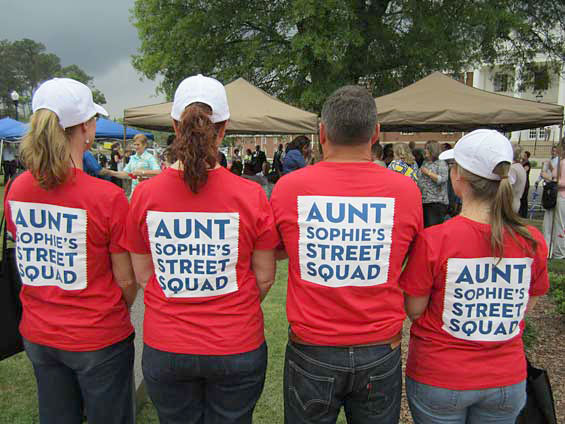 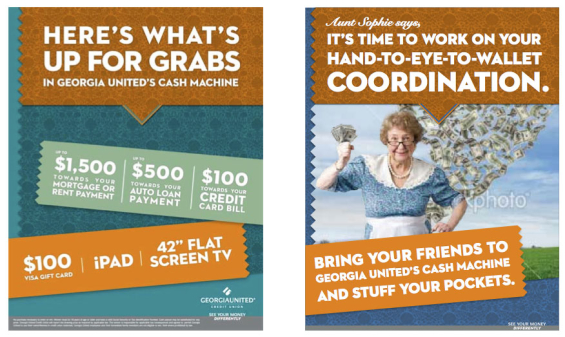 Inside the cash machine, participants grab for “Aunt Sophie Bucks.” Also inside the machine were “golden tickets” which enter participants into a drawing for the events top prize such as one month’s mortgage payment. 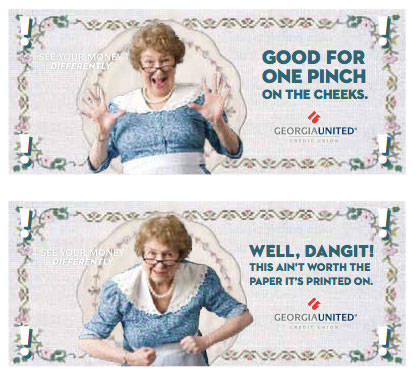 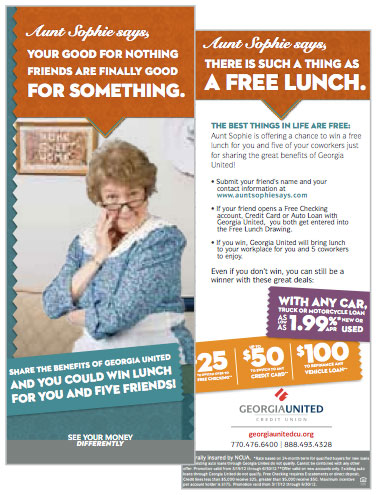 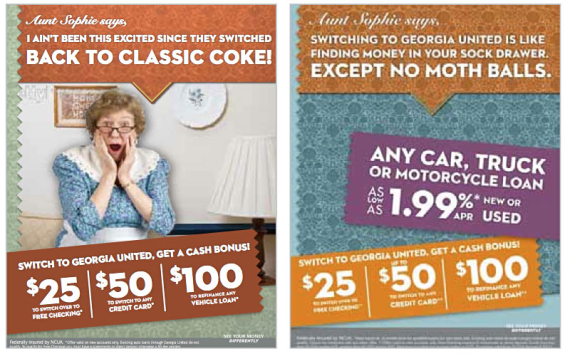 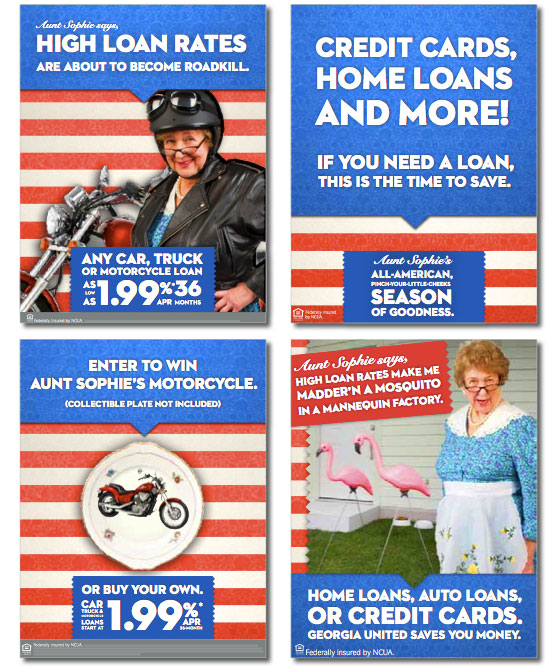 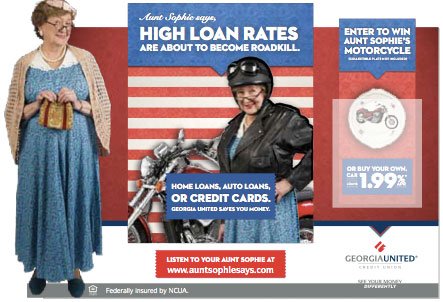 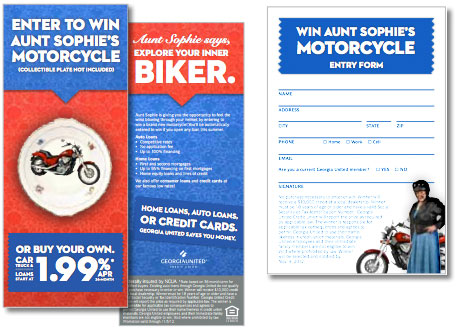