Last year, Forest Kraft Credit Union changed names and became Centric. The credit union was looking to appeal to a broader segment of the community by differentiating themselves in a crowded financial market with a unique name. Furthermore, the credit union wanted to dispel the assumption that it was only open to employees of Forest Kraft. The name change process took over 11 months from conception to official roll out. Now, a year later, the transformation is complete.

Centric contracted with LEVEL5 for its strategic consulting, real estate, integrated design, construction management and branding. LEVEL5, a consulting and facilities development firm specializing in financial institutions, worked with the credit union on a strategic plan focused on the best opportunities to reflect the credit union’s philosophy, approach and budget.

Centric and LEVEL5 also partnered with Sky Design for the rebranding and identity redesign. “It was a collaborative process between all three parties,” Greg Allen, Director of Marketing/LEVEL5, told The Financial Brand.

LEVEL5 then implemented the new brand into Centric’s branch environments.

The Financial Brand wrote about two other LEVEL5 projects last year — one story about Auburn FCU’s brand and branch revamp, and another about a modern branch design for Delta Community Credit Union.

Centric Credit Union, based in West Monroe, Louisiana, has $83 million in assets and 11,500 members.

Old Name & Logo
Established in 1937 to originally serve the community’s paper mill employees, Forest Kraft expanded to a multi-SEG credit union in 1996 when it merged with a hospital-based credit union. 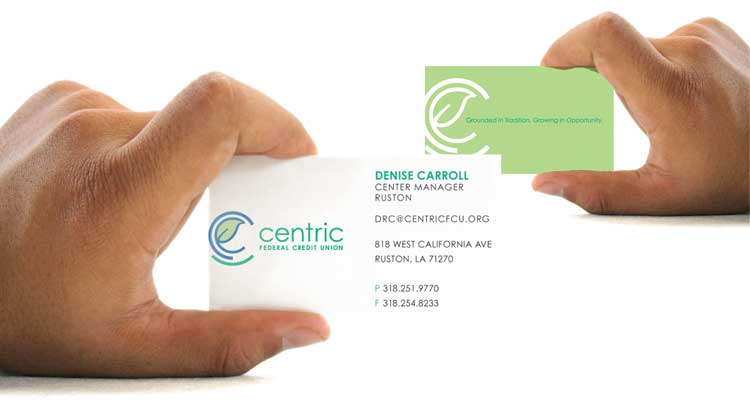 Centric Name, Logo & Slogan
The name reflects the credit union’s roots serving the lumber industry. The concentric circles of a tree serve as the inspiration for both the name and the logo. Centric’s new slogan is, “Grounded in Tradition. Growing in Opportunity.” In excess of 300 names were evaluated, from which a short list of 20 were picked. Six rose to the top and joined a priority list for the final selection process. There are currently plans to secure a federal trademark on the Centric name. 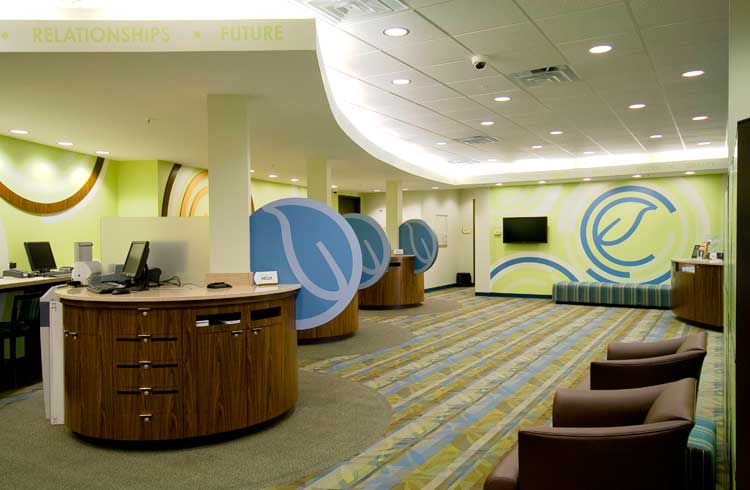 Dialog Delivery
LEVEL5 calls the Centric branch design a “dialog delivery” layout, something that “enables employees to better serve members and handle transactions in a more retail-oriented environment rather than traditional branches with teller lines.” 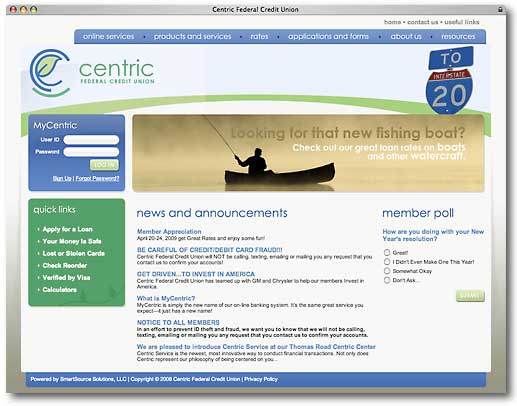