Subscribe Now Get The Financial Brand's FREE Email Newsletter
When Warren Federal Credit Union wanted to raise awareness of its brand in a new market, entrusting new members with $100 cash to "do good deeds."
Subscribe Now!

Warren Federal Credit Union ($516 million) in Cheyenne, Wyoming has a longstanding reputation for great rates, so their arrival into the Laramie market sparked a rate war among incumbent banks aiming to protect their turf. Competitors hit local media outlets with aggressive loan rates, leaving Warren executives with a clear choice: they would have to do something fresh and interesting if they were going to make their mark.

“It was profound. I was struck with awe in thinking, ‘Wow, why are we still marketing rates alone?’” recalls Steve Salazar, Chief Marketing Officer at Warren FCU. “Great rates on deposits and loans can create a little stimulus here and there, but what type of loyalty does that build?”

Salazar decided he didn’t just want to do something just to be different; he wanted to make an investment in what was important to the people of Laramie, a modest college town best known as the home of the University of Wyoming Cowboys. 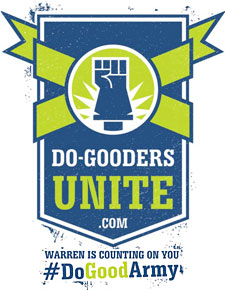 After some brainstorming, Salazar and his team hatched the “Do Good Army,” an unusual campaign concept for a retail financial institution. Here’s how it worked: 200 new members in Laramie would receive $100 cash with no conditions, only the suggestion that they would do something nice with the money and “pay it forward.”

“We didn’t require the typical stipulations such as a direct deposit in order for members to qualify,” Salazar says. “Instead of hurdles — like holding their $100 hostage in exchange for three months — we put full trust into our new members to do the right thing with their money.”

When a new member came in to sign up for a new checking account, credit union staff asked them to sign a pledge to “do good” and gave them a kit complete with volunteer ideas, gardening gloves, seeds and (no joke) a superhero cape.

“It had to be fun and meaningful, something that would empower and inspire members to do great things for the community,” says Salazar. 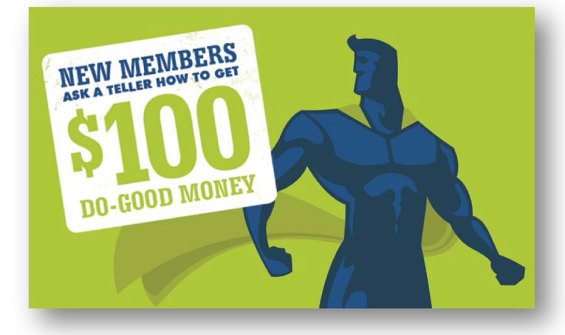 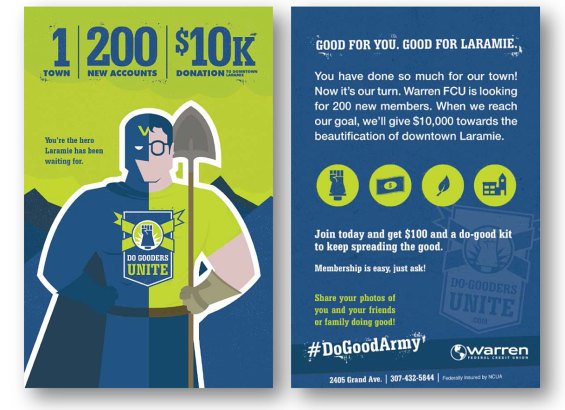 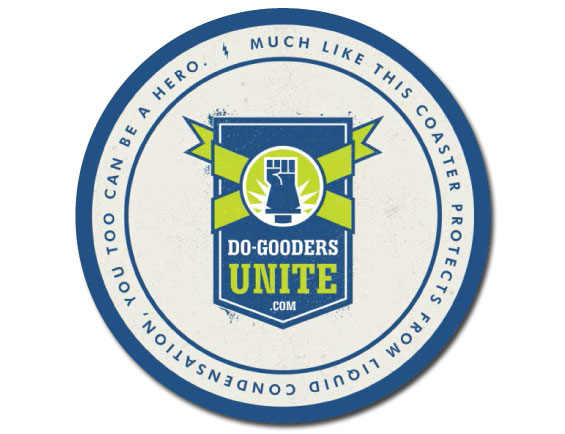 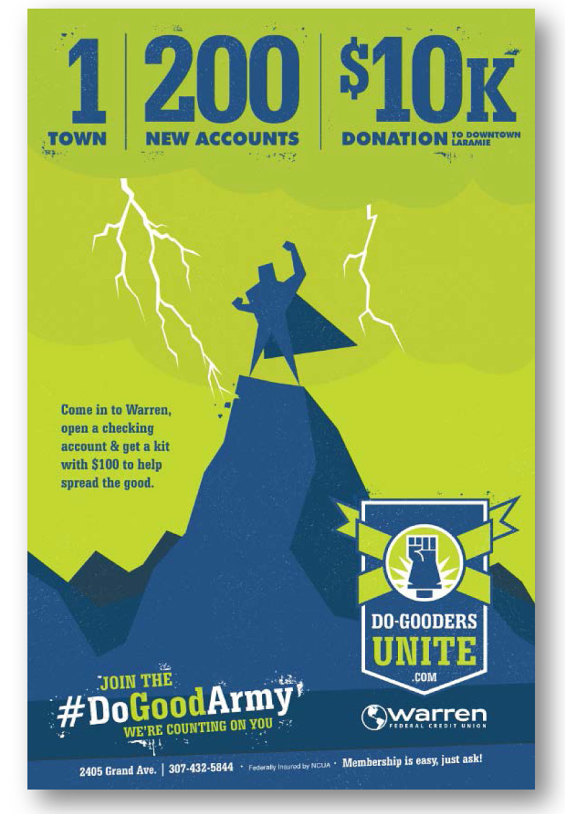 The campaign adapted a superhero-themed look with a slogans like, “You’re The Hero Laramie Has Been Waiting For,” and “Laramie Is Counting On You to Join the Do Good Army.” The Laramie branch was completely merchandised with the superhero theme.

Working with creative partners like Warehouse 21 and Jackalope, it took Warren a total of six weeks from start to finish to bring the its “Do-Gooders” campaign to fruition.

Painting the Town Red… and Blue, and Green

The credit union also pledged to donate $50 per new member to the Laramie Main Street Alliance. Warren gave a total of $10,000 towards a citywide beautification project — murals on the sides of downtown buildings, painted by local artists. 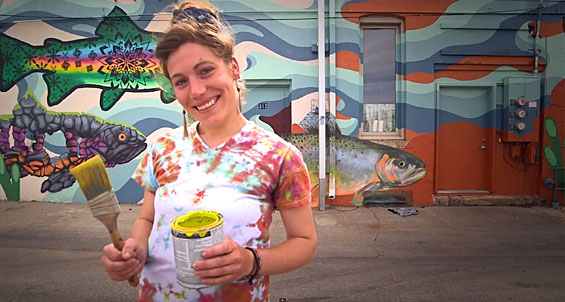 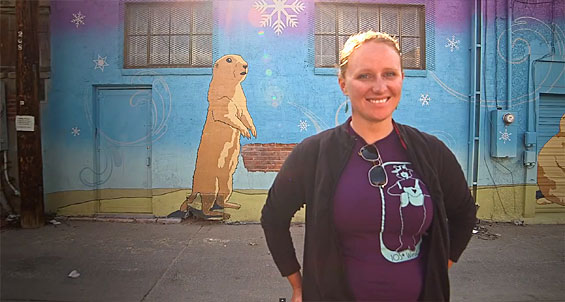 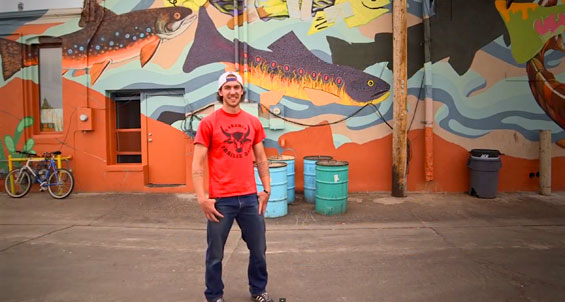 Warren eschewed traditional media for its “Do-Gooder” campaign, instead approaching it with a grassroots approach. The campaign was also supported by Facebook promoted posts and YouTube in-video ads. 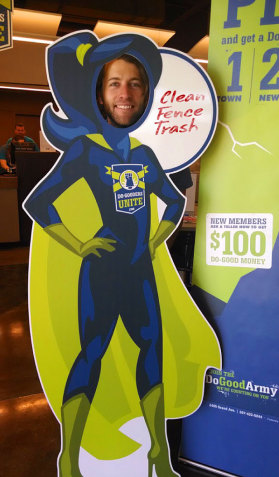 The campaign was launched in June 2014, and continued until the end of September when Warren signed its 200th member into the “Do Good Army.”

As of September, Warren’s Laramie location was sitting at 208% of its annual membership goal. Over 50% of the new members who joined in the campaign are using their checking as their primary transactional accounts and have retained balances higher above $100. And transactional traffic in the Laramie branch is up by 34% year-over-year.

Members of the credit union testified that the campaign had a significant impact on them.

“The reason I recommended Warren FCU to my coworkers is the Do-Gooder account,” wrote one member. “These coworkers are very involved with community services projects here in Laramie, so I feel they’d be great candidates for opening up a Do-Gooder account.”

Another member thanked the credit union for restoring people’s trust and faith in one another. “Thank you for reminding us all to ‘pay it forward’ — that each of us can do something, no matter how small, to add value where we live. I have recommended you to many friends and hope most have opened a new account. Many thanks!”

Salazar says this is just the beginning for the “Do-Gooders” campaign. The credit union intends to roll it out to other communities including Cheyenne, Wyoming and Fort Collins, Colorado where Warren’s three other branches are located.