Subscribe Now Get The Financial Brand's FREE Email Newsletter
Most Americans would prefer to use a community-based financial institution, so what's it going to take to get megabank customers switch?

According to The 2015 Consumer Banking Insights Study, commissioned by BancVue and conducted online by Harris Poll, 38% of consumers who don’t have a checking account with a community financial institution have thought about getting one, only 5% say they’re likely or very likely to do so in 2015.

So what will it take to get people to switch to a community bank or credit union? The data offer a few clues on what steps community financial institutions can take to attract new customers or members.

Unfortunately, many consumers still don’t know much about community banks and credit unions. Among consumers who don’t have an account with a community financial institution, more than one third (34%) said it was because they haven’t thought about it and/or are unaware of their options.

This is crucial information for community financial institutions trying to succeed in today’s competitive environment, where name recognition and awareness are more important than ever. Accordingly, 71% of consumers say a recognizable brand name is at least somewhat important when it comes to choosing a bank.

Community financial institutions must boost their marketing efforts in a big way if they want to attract new customers. Getting involved in the local community can help raise an institution’s profile. Offering nationally branded products, available through third-party providers, can also draw consumers to community banks or credit unions. Some local institutions have even banded together to pool their resources and create umbrella marketing campaigns—what is often called co-opetition—much like competing restaurants work together to advertise a “Restaurant Row” promotional event.

Consumers today look at products first, institution second. When choosing a bank, 71% of adults say that features like free checking, ATM fee refunds and access to the latest banking products are more important than the banking institution that provides them.

Yet, the products and services offered through community banks and credit unions are sometimes seen as lacking, including Millennial consumers (18 to 34 year olds). The study found that 38% of Millennials would like to use a community financial institution but feel they lack the products they need.

So, what products do these younger consumers want? The study found that, for 71% of U.S. adults, features like free checking, ATM fee refunds and access to the latest banking products are more important when choosing a bank than the banking institution that provides them. But, the study also found that Millennials care more about rewards when choosing a bank than other age groups. In fact, 67% of Millennials cited rewards as a very important or important factor when it comes to choosing their bank. Additionally, 62% of Millennials say cash back options are very important or important when asked the same question.

But not all community financial institutions have the resources to offer these products. These institutions should look for partners who can not only provide products but also offer marketing and advertising expertise, training support, and digital tools like personal financial management.

Despite the rise in online and mobile banking over the last several years, many consumers, including the vast majority of Millennials, still want to bank in person. Among Millennials, 88% say they would prefer to do at least some banking in person rather than over the phone, online or via mobile app. And more than 4 in 10 U.S. adults (44%) say it’s not at all likely that they will no longer need to go to a physical bank location five years from now.

That means branch convenience is still a factor when it comes to choosing a bank, despite forecasts that routinely predict the branch’s demise. In fact, 86% of Millennials say it is valuable to bank at an institution with a local branch nearby.

This is a tough one for community financial institutions, which, by their very nature, don’t have nationwide branch locations. However, working with a third-party provider enables community banks to offer things like ATM fee refunds and mobile banking tools to their customers, increasing the number of opportunities they have to engage with the institution.

Community financial institutions should entice more consumers to switch by educating them on how easy it really is. Institutions can also create internal processes that make opening a new account and transferring old ones faster and easier for customers. 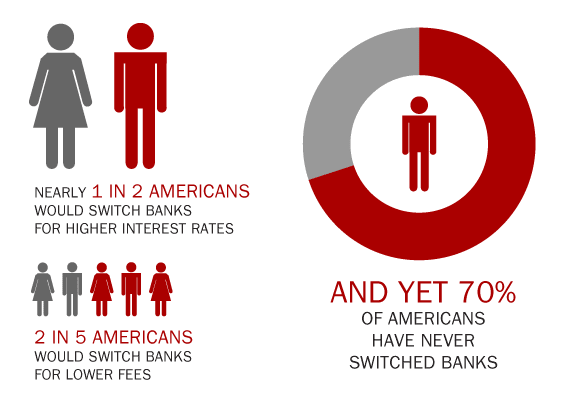 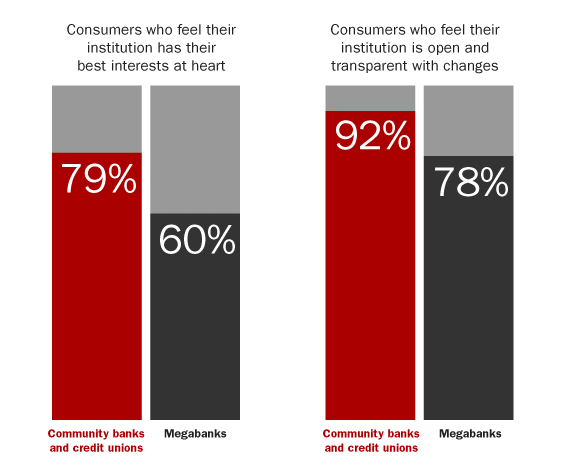 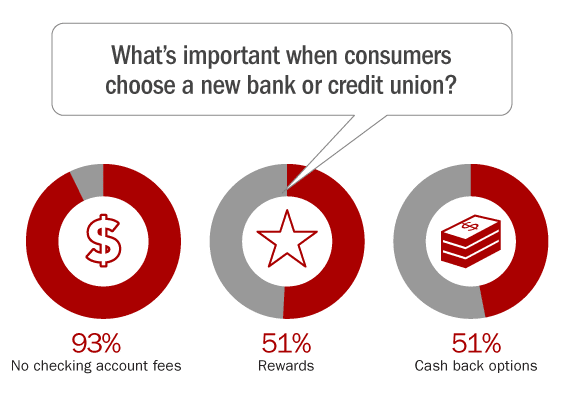 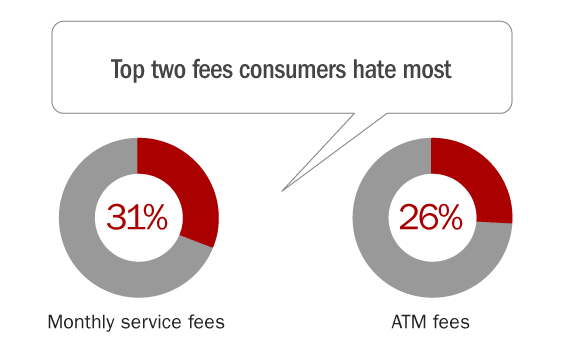 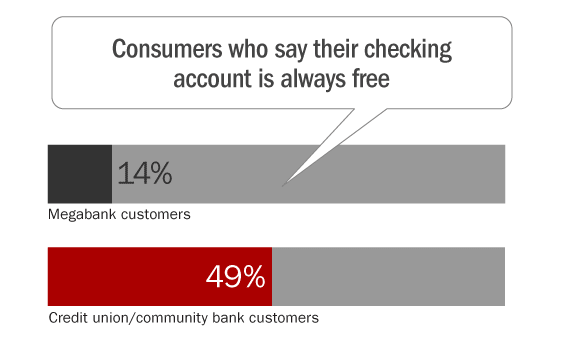 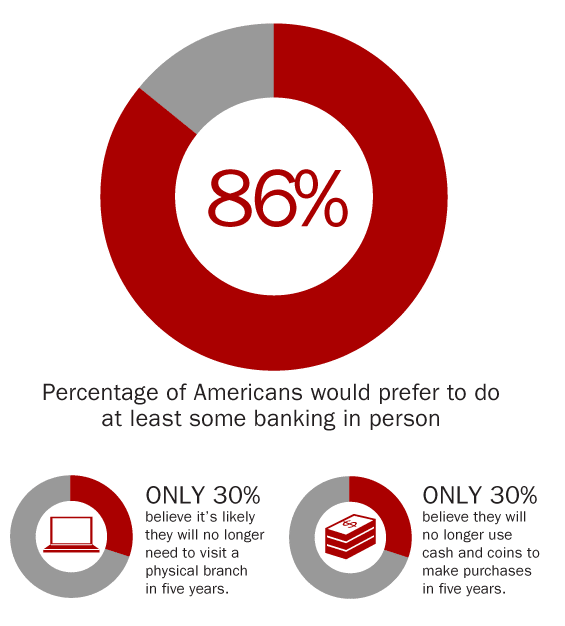