Normally when a company like BofA makes a big acquisition, it’s eager to tout the triumph in a big ad campaign. Not the case with its acquisitions of Countrywide and Merrill Lynch. This was different. BofA had gobbled up gigantic servings of leftovers from the subprime financial feast, and, despite doing so at fire sale prices, many folks were left wondering how much toxic pie BofA could eat before falling victim itself.

Throughout the financial crisis, BofA hasn’t been afraid to maintain a high advertising profile for its other business units. In the thick of the meltdown, BofA didn’t waiver with its advertising and marketing efforts. The bank kept its optimistic “Opportunities” campaign running on TV with a healthy media budget, and has vigorously defended its massive sports marketing sponsorships. But the shameful implosions of both Countrywide and Merrill Lynch left wounds on the collective public psyche that were apparently too deep to ignore. So BofA’s Ken Lewis held his fresh acquisitions quietly in the background for a while, keeping a low profile on the two brands.

Recently, separate ad campaigns — one for Merrill Lynch and another for BofA’s home lending services — have debuted across the country. 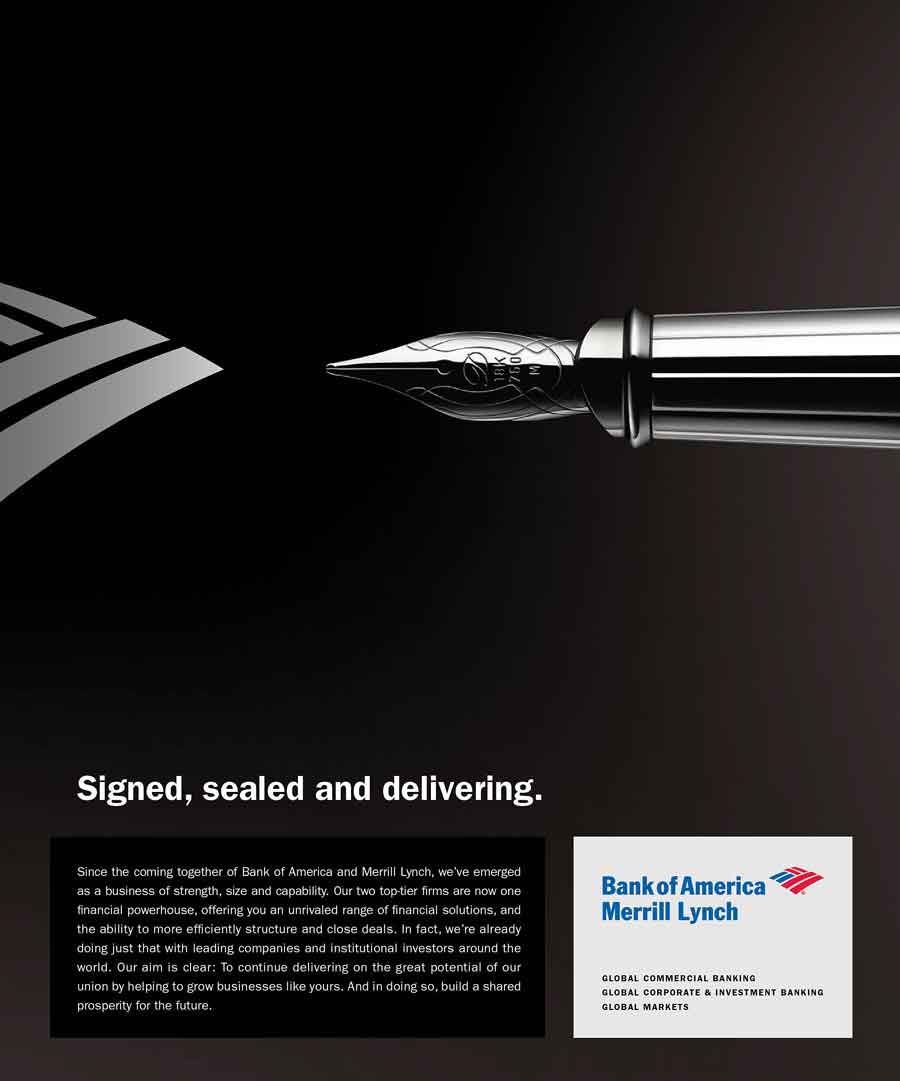 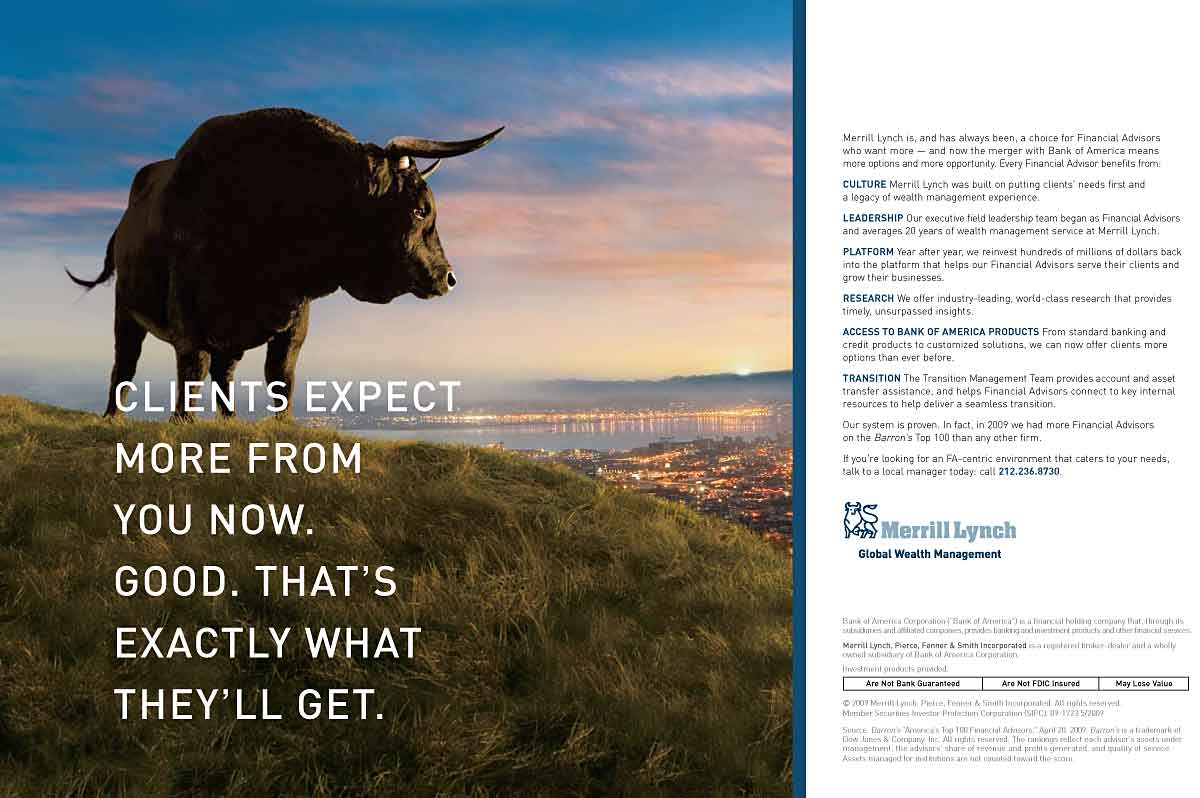 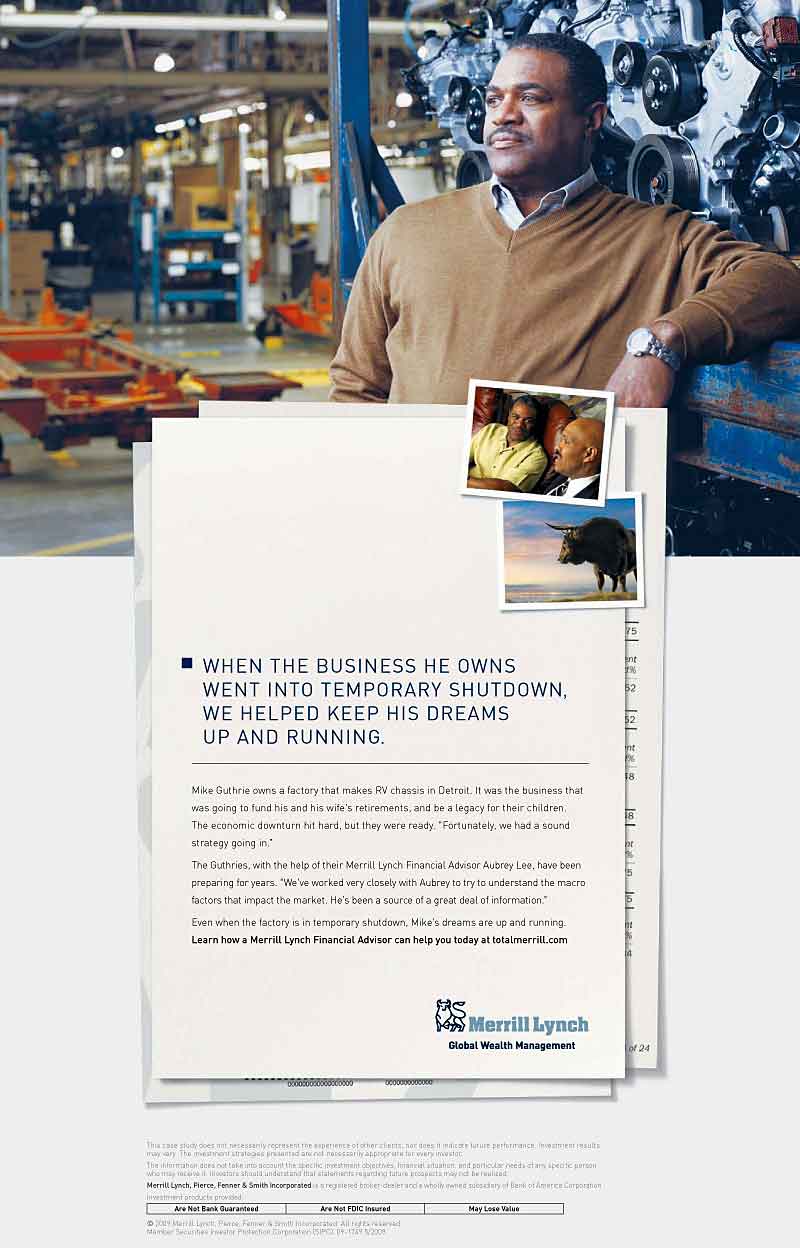 While BofA seems intent on preserving the Merrill brand, Countrywide, on the other hand, has met a different fate. The most recent ad for BofA mortgages makes no reference to the fallen subprime behemoth — something that’s certainly understandable. In fact, the campaign’s TV ad seems to take great pains to distance BofA from Countrywide’s ills.

In the campaign, BofA is touting what it calls its “Clarity Commitment,” a two-pronged promise to provide its mortgage customers with (1) a simple, one-page loan summary, and (2) details written in plain language, “so you know what you’re getting.”

BofA’s Clarity Commitment
The one-page summary — “in English” people can understand — is only available on 30-year conforming loans.

This is the first major push for home loans from BofA since its acquisition of Countrywide.

Earlier this year, BofA introduced a new “Flat Fee Mortgage Plus,” which, depending on the state, fixes closing costs to between $1,995 and $2,995.