Subscribe Now Get The Financial Brand Newsletter for FREE - Sign Up Now
By all accounts, everyone knew that the Chase Sapphire Reserve was going to be a big deal. Everyone except Chase, that is.

The Chase Sapphire Reserve is a new travel-focused rewards credit card with a huge 100,000 sign-up bonus points (worth roughly $1,500), applied after the customer spends $4,000 in the first three months. It offers an easy-to-use $300 travel credit each year. Its points are worth more when redeemed for travel than any other Chase card. And it has lots of other built-in perks that provide real value to travelers, like 3x points on all travel and dining worldwide and access to more than 900 airport lounges around the world.

The Sapphire card has a metal core, which gives it a sense of weight that feels great in your hands. Chase won’t reveal exactly what the cards are made of, saying the special metal alloy is a trade secret protected under patent. The card reportedly costs five to ten times as much to manufacture as standard-chip enabled cards, which cost around $2 each. But who cares? It looks and sounds cool when you slap that sucker down on the table to pay for dinner with friends.

“Chase has basically realized that the weight raises customers’ dopamine levels,” says Sean McQuay, an authority on credit cards at NerdWallet who was issued one of the Sapphire Reserve cards. “Being able to get into my brain every single time I swipe my card — there’s literally nothing better a marketer could want.” 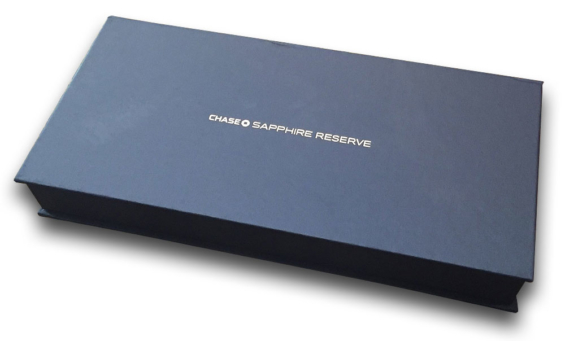 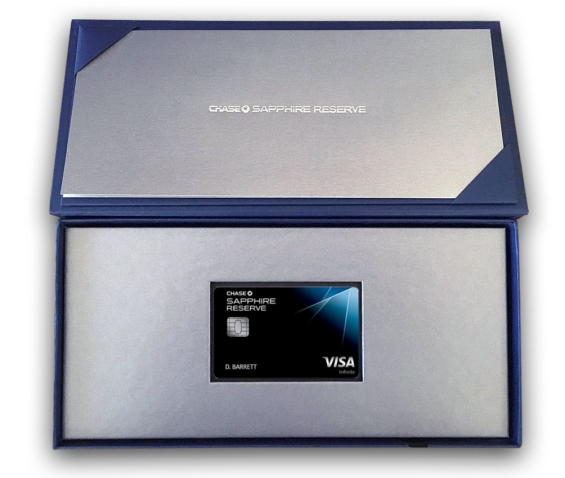 Consumers — particularly Millennials — have gone absolutely wild for the new Chase Sapphire card. There are videos of customers unboxing their Sapphire card on YouTube (like this one here and another one here). People are gushing on social media platforms like Twitter and Facebook. This level of consumer fanfare is something we’ve all come to expect when Apple rolls out its latest gadget… but a credit card? It’s unheard of.

Demand was so high that Chase actually ran out of both the metal card and the packaging they use to ship it. Within just a couple of days after the official launch, Chase had run out of the boxes that packaged the card, and blew threw their entire inventory of metal cards shortly thereafter.

Ned Lindsey, who runs the Ohio-based plant where Chase manufactures its credit cards, said demand was “eight- to tenfold more than what we expected.” The initial supply of materials had been intended to last 10 to 12 months. Thousands of customers had to receive temporary plastic cards while waiting for Chase to replenish its stock. Chase told Bloomberg News that they sent out as many plastic cards as metal — two years’ worth of cards — gone in less than a month.

“I have never seen such interest in a credit card, and I’ve been doing this for 15 years,” travel/points blogger Gary Leff told the Associated Press.

It’s interesting to note that Chase spent nothing on marketing the new Sapphire Reserve card, relying instead on word-of-mouth and the internet. The buzz among credit card churners has been white hot. For instance, one megathread about the card on Reddit has generated over 13,000 comments. When was the last time any financial product went viral?

But the response from Millennials has been the biggest surprise. Chase spokesperson Lauren Francis told Bloomberg News that they had approved “tens of thousands of applications” in the first two days, the majority of the cards going to Millennials.

For all the hand-wringing Millennials do about their finances and oppressive student debt, it seems out of character for this generation to fawn over a card with a $450 annual fee. Perhaps it’s the card’s exclusivity? Or the flashy “cool factor” involved with having a metal card? Or maybe it’s the actual travel-related benefits that come with the product? For example, the Chase Sapphire card defines “travel related expenses” much more broadly than other providers, giving customers three points when charging purchases for ride-sharing services like Uber and vacation-rental services like Airbnb. 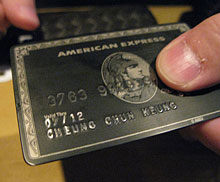 Chase isn’t the only financial services company to strike gold — some literally — with a credit card made from something other than traditional plastic. The American Express Centurion Card for millionaires and celebrities, commonly known as the AmEx “Black Card,” is made of anodized titanium. Barclays own MasterCard Black Card is made from carbon. For the environmentally conscious, Discover has a green card made from biodegradable polyvinyl chloride (PVC), designed to fully break down in five years when exposed to landfill conditions. The JP Morgan Palladium Card for private wealth clients (now discontinued) was made from a combination of palladium and 24 karat gold. The value of the raw materials alone was estimated to be around $1,000 per card. Both the cardholder’s signature and account information were etched into each card.

The success of the Chase Sapphire Reserve credit card can teach other financial marketers some valuable lessons. First, design matters. Consumers appreciate a thoughtful, artful design aesthetic, and this applies to every aspect of the customer experience — from the online application to the physical product itself.

Technology — specifically computers — weren’t sexy before Steve Jobs and Apple came around. Steve Jobs at Apple applied design thinking to everything: the experience, the interface, the OS, the ads, the hardware, and even the box the hardware came in. While banks don’t sell a product that sits on a shelf, the same principles of smart/good design can/should still apply. Banks and credit unions must carefully design every step of their experience.

Another lesson surrounds marketing and PR. In the Digital Age, you don’t need a splashy TV commercial to successfully launch a new product. As Chase proved with its Sapphire Reserve card, you can effectively leverage the internet by generating social media buzz and tapping influencers in the blogosphere. Now of course, this actually means having a buzz-worthy product in the first place. No one is going to get excited about a free checking account with a couple of free overdraft passes. But if you create a truly new, innovative offer that resonates — on many levels — with your target audience, you should be able to generate free press. It helps when you play a savvy PR game, where “secrets” are “leaked” to important media outlets by “accident” (e.g., sending a “confidential internal memo” to a journalist or blogger via email).

Then there’s the subject of exclusivity. On one hand, Chase could be criticized for failing to anticipate consumers’ demand for the Sapphire Reserve card. But on the other hand, would bloggers and the press (including The Financial Brand) have covered it with such fervor had the company not run out of cards? Perhaps the run on inventory was part of a deliberate (if not somewhat risky) PR strategy?

Who knows for sure. Whatever Chase did, it worked.