Why focus on credit unions? Because: 1) They tend to be more retail-focused than many community banks, and 2) we can get data on credit unions’ membership size which provides a basis of comparison and analysis to evaluate the social media data. 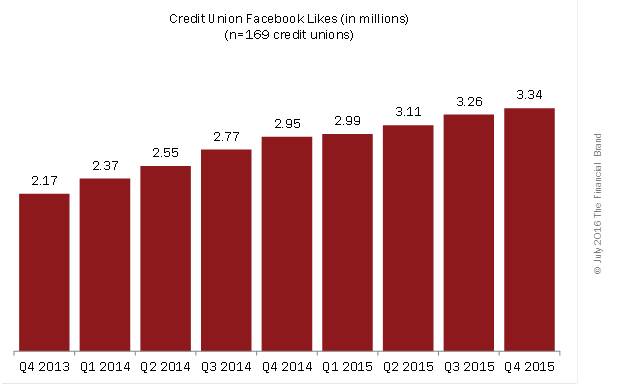 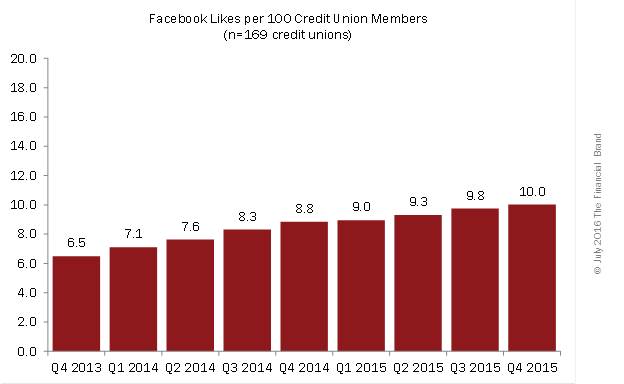 Mid-sized credit unions (those with 50k to 100k members) generally out-performed the larger credit unions. My guess is that, with a larger and more demographically diverse base of members, larger CUs find it harder to drive social media engagement than smaller CUs. That’s certainly debatable, though. 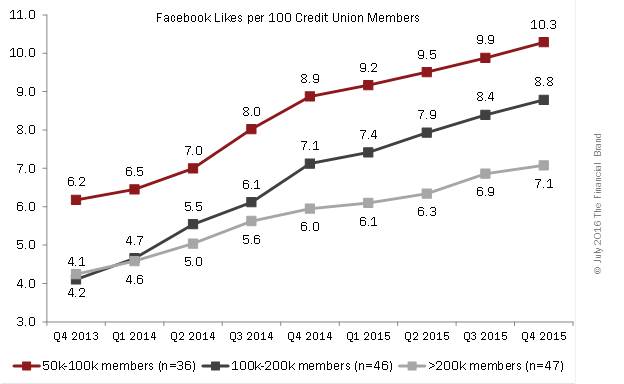 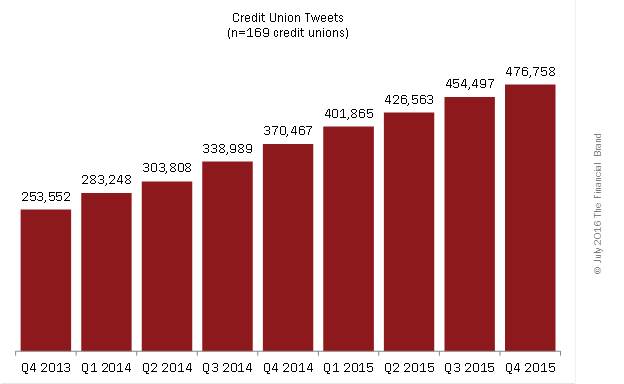 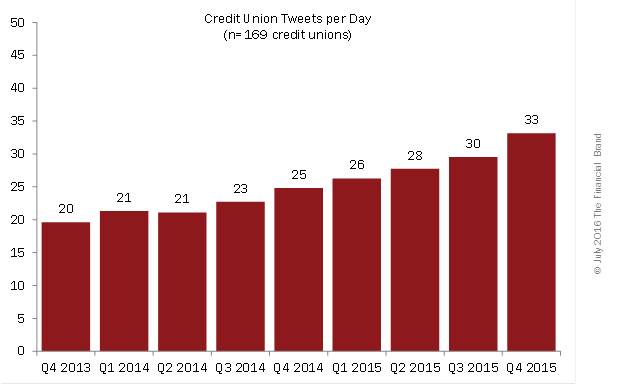 The larger credit unions have been the most active tweeters, but all three segments steadily increased their tweeting activity throughout 2014 and 2015. 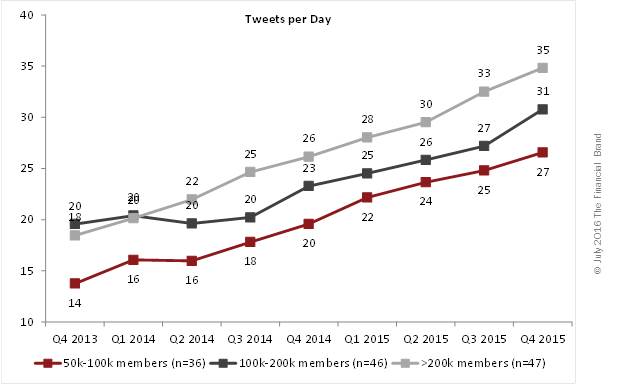 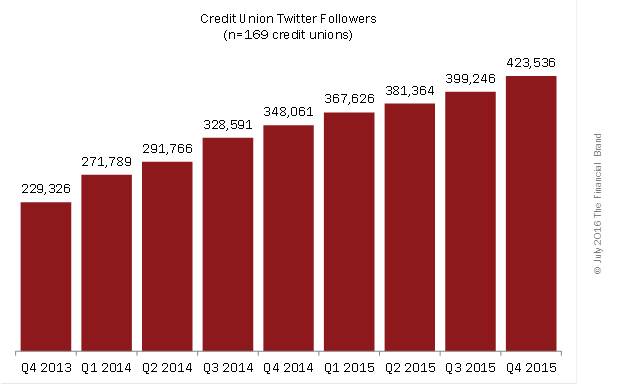 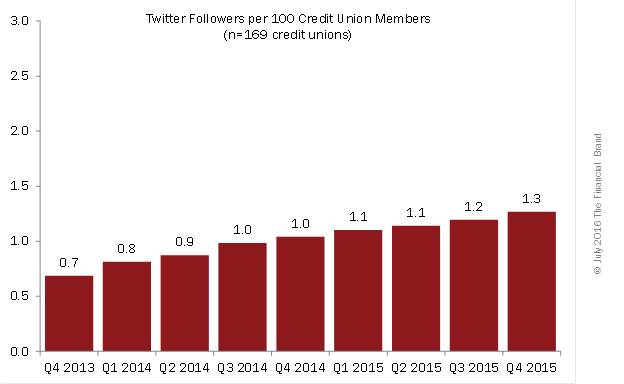 Similar to the trend in Facebook likes, mid-sized credit unions have attracted more Twitter followers than larger credit unions, drawing nearly twice as many followers per 100 members than credit unions with more than 100k members. 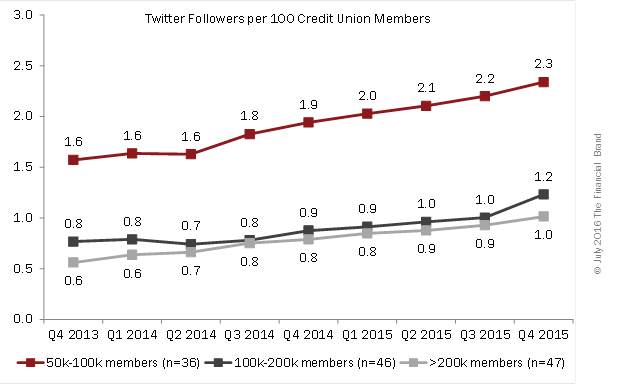 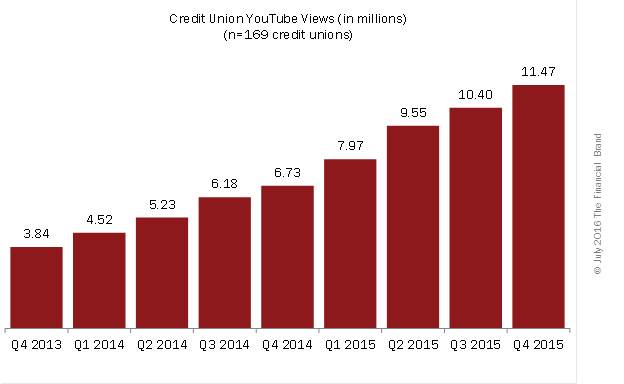 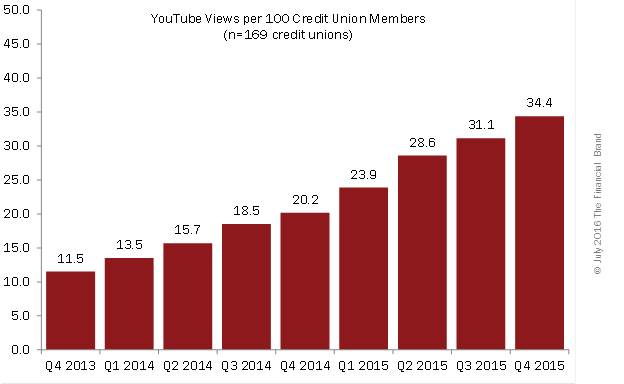 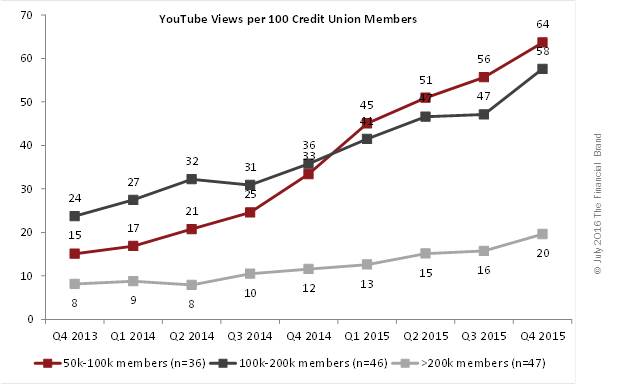 The effectiveness of marketing through Facebook, Twitter, and YouTube can be argued, and effective measurement and attribution of these efforts needs a lot of work. But there’s little question that credit unions have stepped up their social media marketing and communication efforts over the past few years. The Financial Brand (and I) believe there is no other source of data to prove this.