Active bank and checking account shoppers on FindABetterBank were asked how often they use their smartphone to pay bills and make other mobile transactions. Forty six percent of respondents indicated that they have paid a bill using their cell phone within the last 30 days — 10% growth compared to a year ago. Consumers 30 to 49 are more likely to use their phone to pay a bill than other age groups. 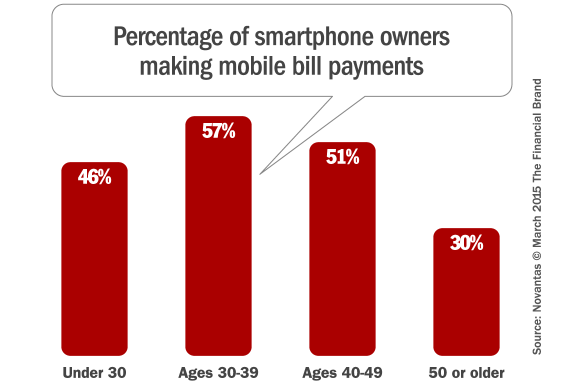 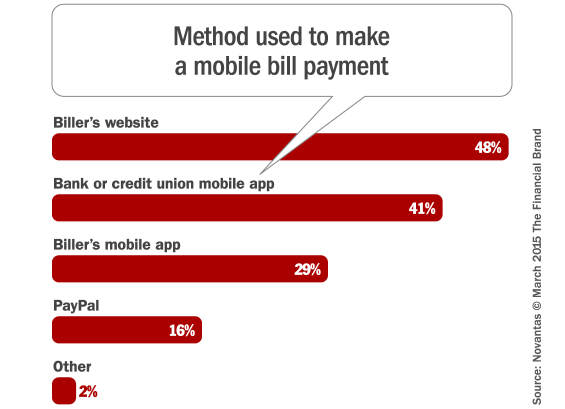 Millennials are most likely to download a biller’s application. Almost 32% of consumers under 40 said that they paid a bill in the last 30 days using a biller’s downloadable application compared to 24% of consumers 40 or older. This discrepancy, along with other research, shows that younger consumers are more comfortable downloading mobile applications outside of their primary financial institutions for various financial transactions.