Subscribe Now Get The Financial Brand's FREE Email Newsletter
Are consumers knowingly consenting to overdraft coverage or are they signing up for a potentially costly product that they don’t understand?
Subscribe Now!

A survey of consumers commissioned by Pew’s Safe Checking in the Electronic Age Project found that although almost one-fifth (18%) of consumers have incurred an overdraft penalty fee in the last year, their understanding of overdraft rules is weak.

More than one-third of respondents surveyed were not aware their bank offered overdraft coverage until they incurred a penalty, and many also didn’t understand their bank’s tactics to increase profits, such as reordering deposits and withdrawals. Lower-income and younger consumers are hit the hardest by these penalty fees.

Almost all respondents (90%) said they overdrew their checking account by mistake. Only 7% zsaid they did so intentionally.

Who Is Likely to Incur Overdrafts?

The survey found that age and income matter when it comes to incurring these fees. Consumers under the age of 44 are nearly twice as likely to incur an overdraft penalty fee than those 44 and older (17% vs. 9%). 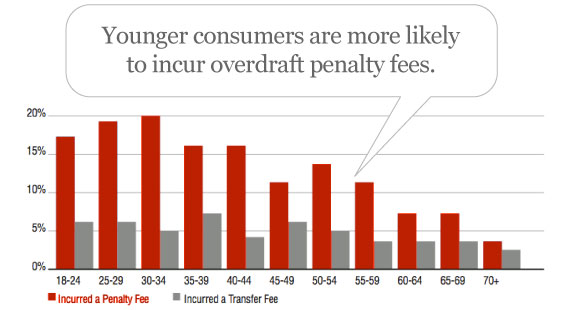 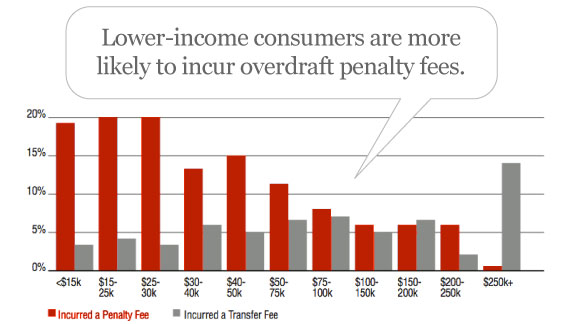 Forty percent think the terms and conditions of their financial institution’s overdraft policies are somewhat or very confusing, and more than 60% of consumers who incurred overdraft fees believe this service hurts more than helps.

Most people were surprised when they incurred a fee. They only learned of the fee after receiving their account statement, which may have taken days or weeks to arrive, potentially resulting in additional fees and/or compounded overdrafts.

Respondents overwhelmingly (75%) stated they would prefer that a transaction be declined if there is not enough money in their account rather than have it processed and subsequently be charged a $35 penalty fee.

Consumer dissatisfaction with overdraft procedures and fees is driving many to leave their financial institution. In fact, about one-third of respondents reported that they had closed their checking account due to overdraft fees. 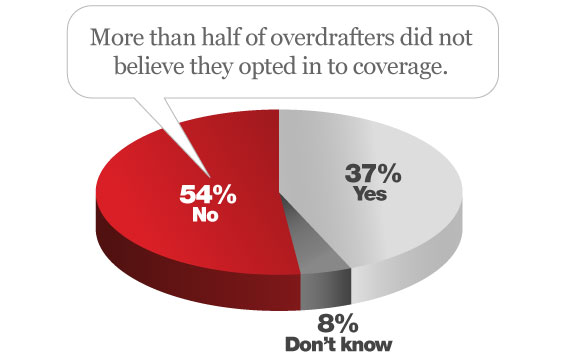 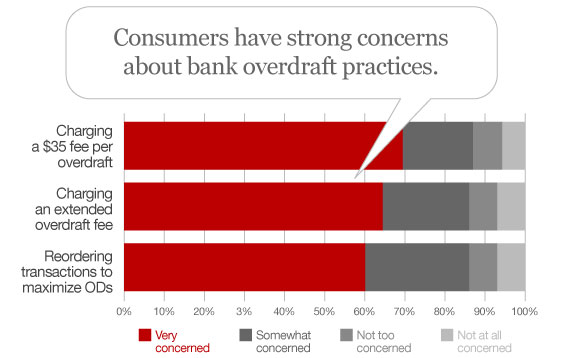 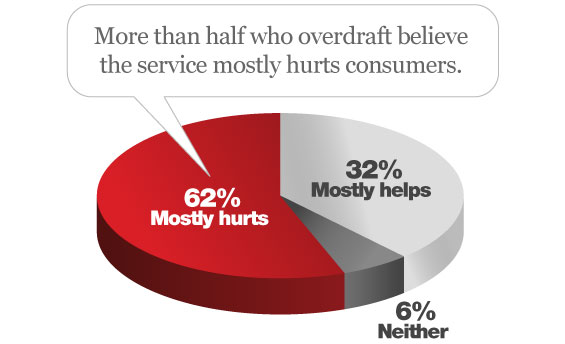 Methodology: To assess the impact of overdraft fees, Pew commissioned a survey of 6,043 consumers age 18 and older who overdrafted in the past year. Of those, a total of 606 respondents qualified to complete the interview because they had been charged an overdraft penalty fee by their financial institution in the past year for using their debit card to make a purchase or withdraw money that caused their account to have a negative balance.