This one-minute spot features an empowering, uplifting soundtrack. The message: Bank of America is powered by American tenacity. Agent Jack Bauer (aka Kiefer Sutherland) reads the script: “This is America. And no matter how… No matter where… No matter what… We… keep… moving forward.”

It’s not as optimistic as other “Opportunity” spots from BofA, but it still feels good.

This Flash-based game from RaboPlus isn’t very hard, nor is it the best we’ve seen from the financial industry, but it does have one component sure to lure some consumers. In the game, you pick the pockets of a “boring old banker who is fast asleep with your money.” Every bill you get will be deposited into your new RaboPlus account…up to $50. You are encouraged to retry until you reach the full $50 amount, which creates a slight sensation that you’re gambling (marketing’s equivalent to drugs). “Yippee! I won!” 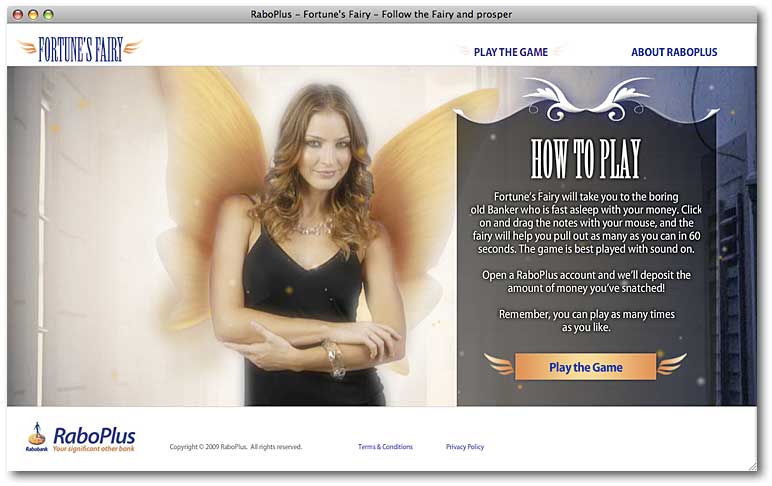 For those of you who have been following along with — and liking — Ally Bank’s TV advertising, here’s what one of the print ads looks like. (FYI – The Financial Brand’s uploads of Ally’s commercials have been flooded with nothing but positive comments — every day — and they get nothing but 5-star ratings. Take a look for yourself.)

City County FCU vs. The Bank

This microsite, DropTheBank.com, pits credit unions against banks in a familiar meme (see also: DumpYourBank.com from Colorado United). The site is screaming for a Flash-based game that isn’t there, despite having all the visual cues that would suggest so. Instead, there’s just a couple of videos. The three-month promo targeted young adults, particularly local college students. The campaign yielded a 44% increase in “Advantage Checking” accounts opened by 18-34 year olds, 50% of which were new members. The credit union partnered with the Project New Age team at PSCU Financial Services. 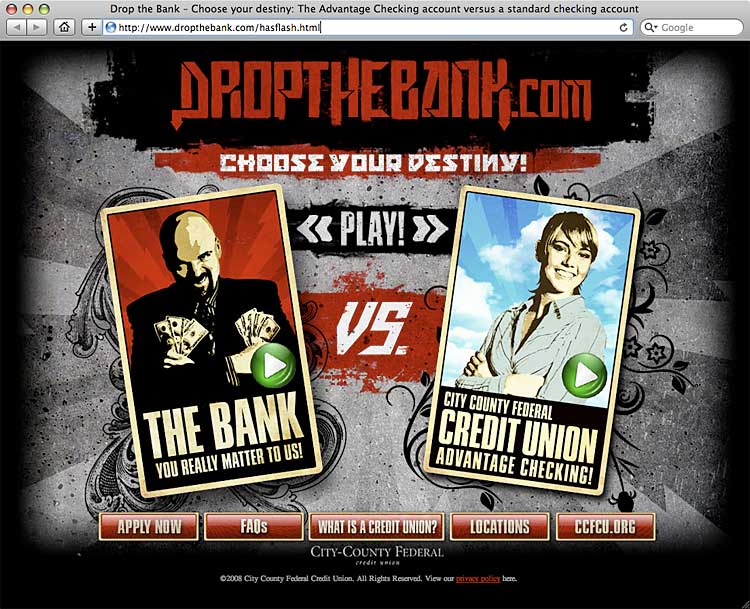 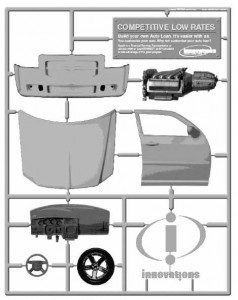 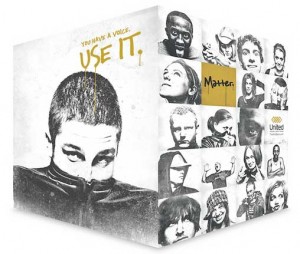 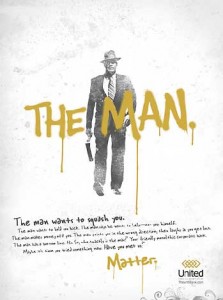 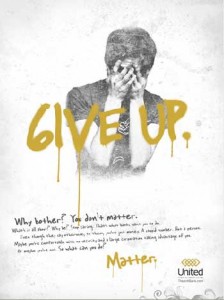 It may be a couple years old, but the 2007 “fiscal almanac” is both striking and creative. It’s probably more likely to be read than the average annual report. And check out the folding map they used for 2008. 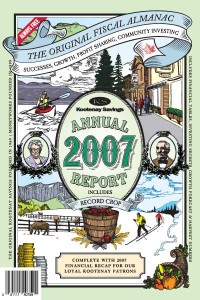 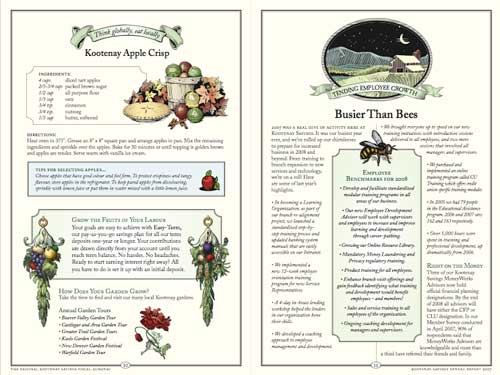 Read the book… or choose Affinity, by ad agency Roust+Partners. 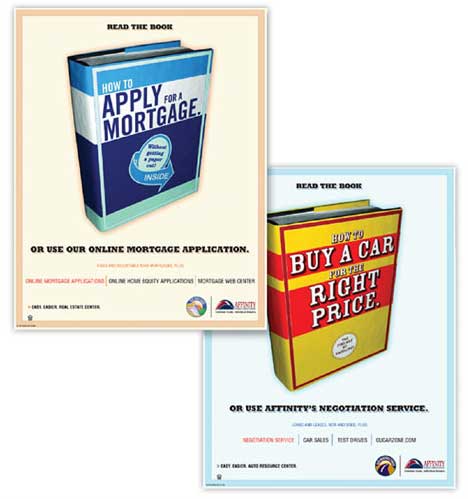 Interior Savings ‘Save Something’

A Canadian credit union framed its “savings” promo around this user-generated video contest, where the winner gets $5,000. 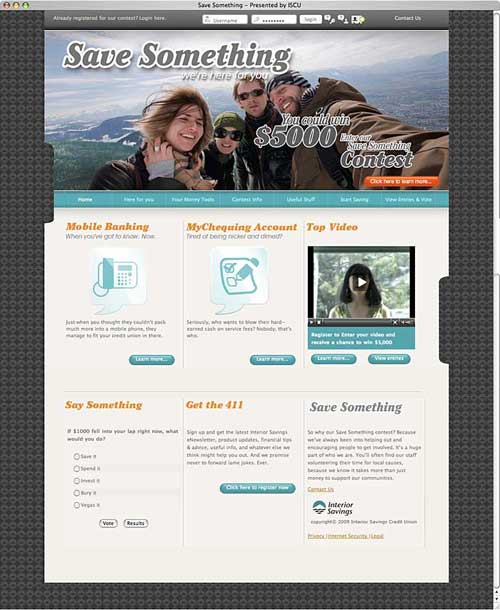 The centerpiece of orangekids.com, a financial education website, is a kids’ adventure game. There are also lesson plans for teachers and tips for parents. 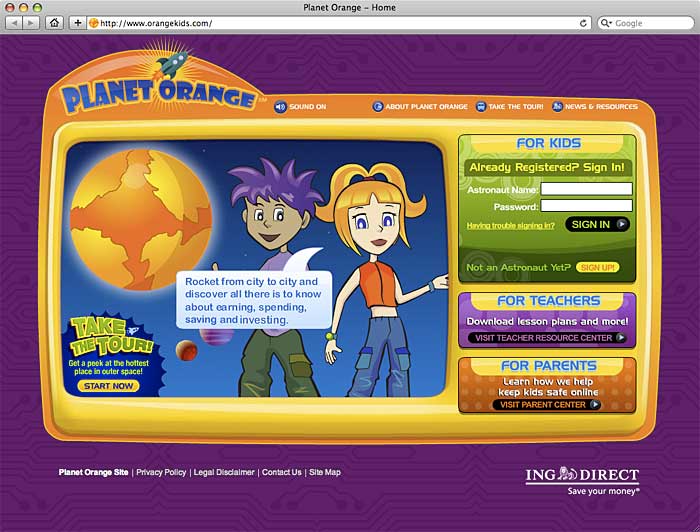 Three print ads with a serious tone and style. 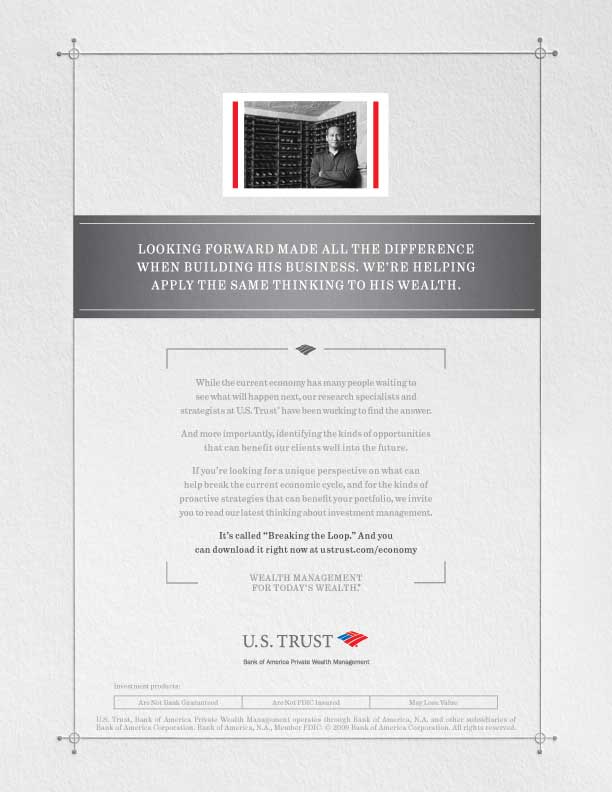 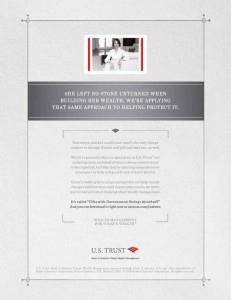 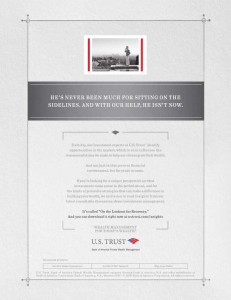 You’ve got to do a little digging and deciphering to yield the takeaway message from this ad: “Emprise Trust & Investment services helps keep you from worrying.” 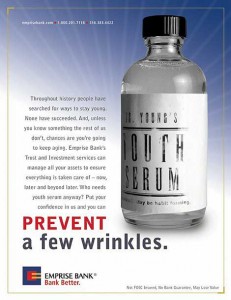