Financial institutions have high hopes for digital payment systems. But with usage rates stalled, is this the right time for community and regional banks to invest, or should other options be considered first?

There is wide belief among financial services executives that mobile wallets and P2P payments will shortly become basic table stakes, similar to mobile banking. According to the 2016 Debit Issuer Study, commissioned by PULSE, almost three quarters of financial institutions expect at least 15% of debit transactions will migrate to mobile in the next 5 years, and nearly half believe the migration will be in excess of 25%. They have invested accordingly: issuer adoption of mobile payments has surged and 65% of debit cards are now eligible to be loaded into mobile wallets, up from 30% in 2014. 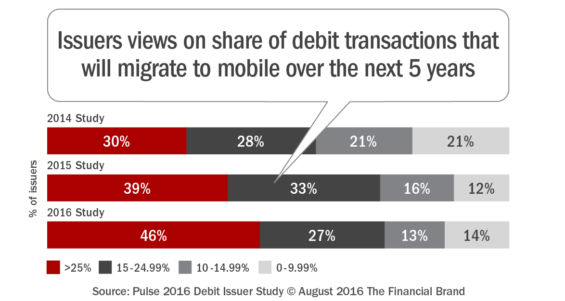 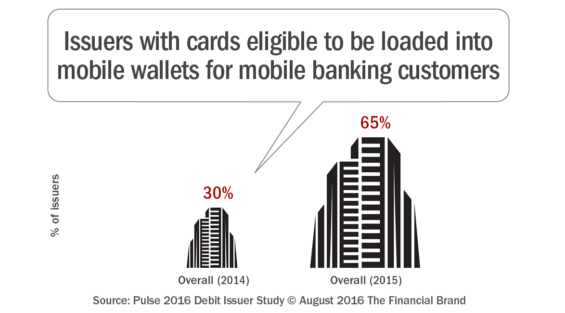 Financial Institutions are similarly enthusiastic about the growth in P2P payments. According to Pulse, 76% of financial institutions either offer, or are in the process of implementing P2P payments, up from 51% in 2015.

But despite the enthusiasm, payments using smartphone mobile wallets at the checkout counter are stalled at small numbers and minimal growth after an early surge driven by introduction of new iPhones and Apple Pay. According to Pulse’s study, only 3.9% of debit cards are enrolled in a mobile wallet, and they account for a minuscule 0.19% of debit payments. P2P usage is likewise very small. Our estimates, based on analysis of data from Chase and the Federal Reserve are that P2P represents about 7% of total payments and 3% of value. 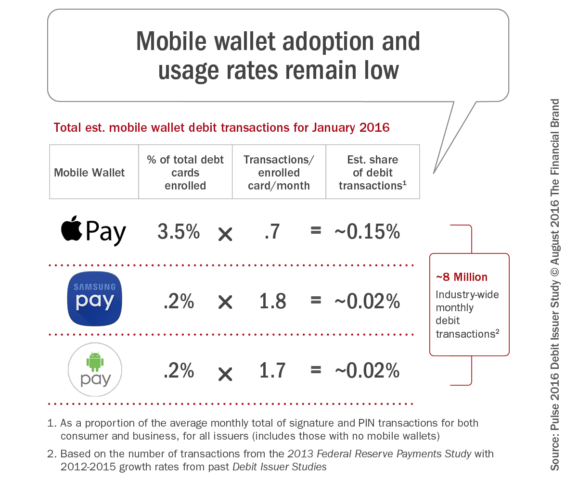 It’s not lack of awareness. Consistent with the insights from the PULSE study, and an Accenture report, 52% of consumers know they could use their phone as a payment device. “Why bother” seems to be the most common reaction. There simply isn’t enough benefit in terms of speed at the checkout counter – or enough merchants that accept it – to warrant changing behavior. 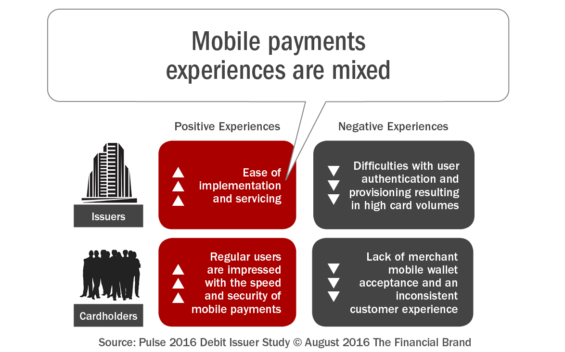 And a similar dynamic is in place with Person-to-Person payments. Senders need receivers signed up to the same platform, and there are not enough consumers enrolled to create widespread usage. As long as platforms are not linked together, P2P transfers are not necessarily more convenient.

Is the Marketplace Changing? Maybe.

The long anticipated implementation of chip cards and merchant installation of chip enabled terminals might spur adoption. Conversion of debit cards to EMV chip technology will be 76% by year end, and should be nearly 100% by the end of 2017, according to Pulse.

Merchant terminal upgrades to accept chip cards brings with it additional NFC capability, and this may solve the “chicken and egg” problem, where consumers have mobile wallet capability on their smartphones but there are limited places to use it. Furthermore, there is some indication that consumers might see mobile wallets as faster to authenticate, and less hassle to use, than chip cards which are slower than the old swipe technology they are familiar with.

As for P2P payments, the future is harder to discern. The largest financial institutions are betting that clearXchange will provide a bank-sponsored alternative to PayPal and Facebook. ClearXchange has been 5 years in the making and is only getting off the ground now, with several large banks in various stages of implementation. Transfers are real time between participating banks, but until more banks get on board, the real time service has only limited value. Furthermore, PayPal’s deal with Visa will give users of PayPal and its’ Venmo mobile app the same capability.

The real advantage of clearXchange, which is owned by banks representing two thirds of all U.S. deposits, is that it may create awareness and adoption of P2P in the same way that large banks’ promotional efforts popularized mobile banking technology with consumers … even though the concept was not particularly novel at the time.

With adoption still low, why are financial institutions so optimistic? First and foremost, vocal and enthusiastic adoption by Apple iPhone enthusiasts. Apple Pay is the overwhelmingly dominant player with 90% of enrolled cards, while Samsung Pay and Android Pay have only 5% each.

Second, it’s an effort to reach elusive Millennial consumers, who represent 57% of new checking accounts opened in 2015, with solutions that demonstrate “we are not your parent’s bank.” Simply put, right now it’s more about branding – demonstrating that your bank or credit union is keeping up with the times and is relevant in today’s world.

Invest Cautiously and Pick Your Spots

Both mobile wallets and P2P payments are growing rather rapidly, albeit from a small base. But near term – that is, the next several years – they will still represent only a small percentage of total payments. We would caution against letting the lure of the “next shiny object,” and the enthusiastic adoption by a small but vocal segment of customers, divert focus from investments that have broad customer applicability and high ROI.

While looking to the future, don’t forget basic blocking and tackling – and the payoff from what we know to work today. Here are our recommendations:

1. Integrate Digital Technology with the Branch Experience. Implement such as on-line appointment setting and on-line pre-ordering of services such as cash for small businesses. Branches are still the dominant distribution channel and the primary place where new accounts are opened and services occur. Improving the experience and enhancing omnichannel usage for the 80% of customers who use branches has enormous leverage in terms of sales performance and customer retention.

2. Improve Penetration of Mobile Banking. Mobile is the largest channel for the majority of banks (by volume of transactions), and growth is expected to increase exponentially. But penetration is only about 39% of mobile phone users overall and 52% of smartphone users according to the Federal Reserve 2016 Consumers and Mobile Financial Services study.

Mobile banking – and the quality of the mobile experience — is consistently identified as one of the most important factors in choosing a new bank or incenting switching behavior, according to research by KPMG and AlixPartners. Leading banks are focused on delivering features that appeal to ‘mobile-first’ consumers, which is critical if they are to continue to meet consumers’ expectations and avoid competitive disintermediation.

3. Capture the Revenue Opportunity from Debit Cards. Higher utilization of debit cards directly translates to increased interchange revenue, but there is wide variance in financial institution performance. According to Pulse’s research, top quartile performers achieve 20% greater penetration and 41% higher usage compared to the average financial institution. Investing in better analytics and messaging has clear, measurable payback on the bottom line.

4. Invest in Mobile Wallet and Person-to-Person Payments. Mobile wallets are likely to have stronger near-term adoption than P2P due to merchant terminal upgrades. But to be clear, growth predictions are at best a rough guesstimate, and projections of ROI from reduced cash handling, lower check usage, and reduced distribution expense are theoretical at best.

As banks and credit unions plan for the upcoming year, each organization needs to set priorities based on a combination of internal organizational needs as well as customer needs. The balance of priorities and expenditures will be different at each institution. The most important thing to remember is that “doing nothing” is not a viable strategy for an industry and competitive marketplace that is changing faster than any time in history.