DBSI asked over 200 banks and credit unions everything about their digital signage — what’s working, how much they’re spending and what’s most proven most effective.

In the first benchmarking study fielded by the branch experience firm, DBSI’s report examines the types of content most financial institutions run on their digital signage and where they are finding the most success with digital signage. Most banks and credit unions surveyed (73%) feel digital signage has improved their sales efforts, and many (42%) plan to increase budgets for 2015.

Nearly two-thirds (64%) of respondents in DBSI’s said they use a mix of digital signage types, with the majority using a combination of screens and interactive kiosks. 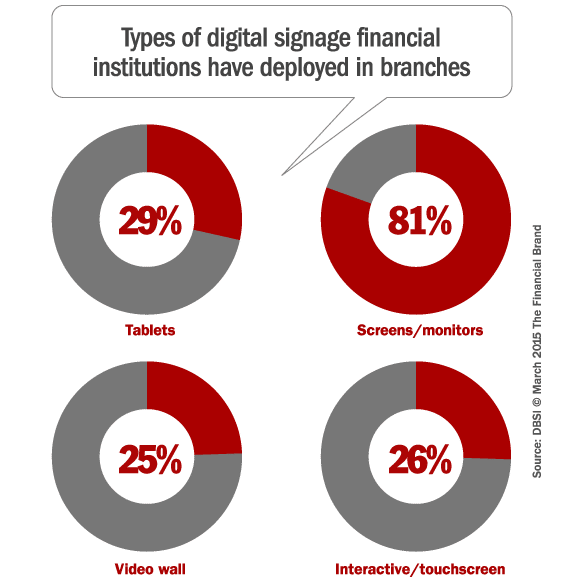 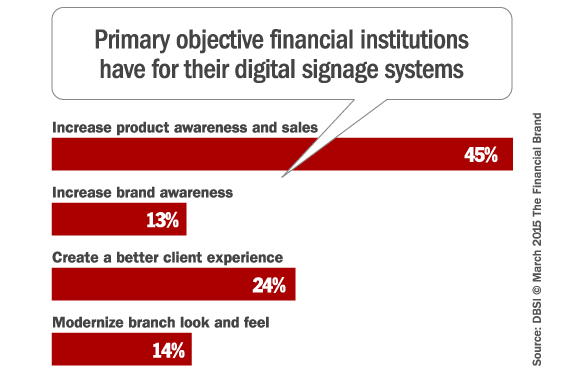 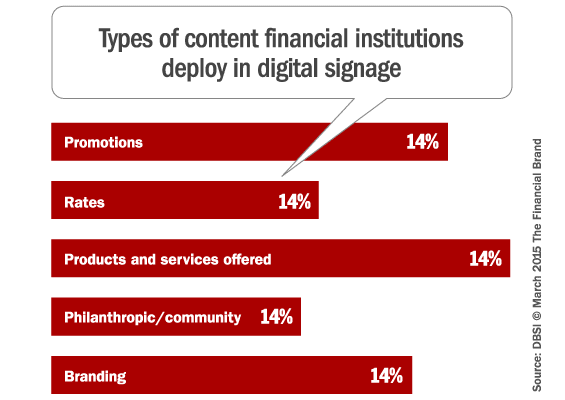 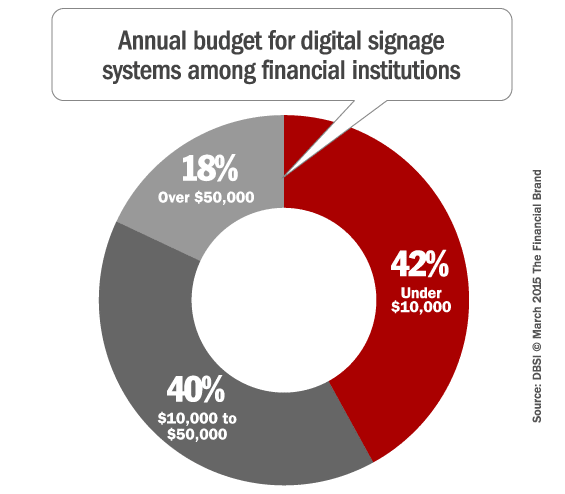 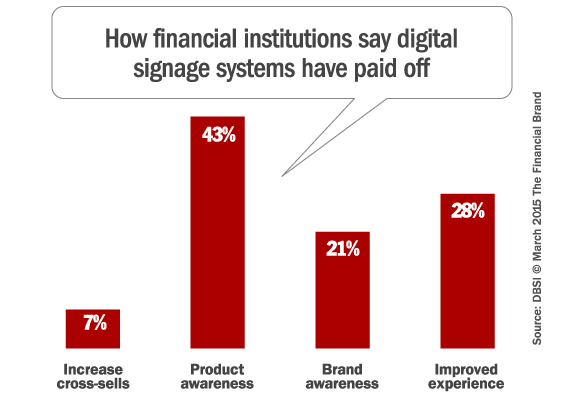 42% of financial institutions in the DBSI study said they plan on increasing their digital signage budget this year. Another 55.5% plan on keeping it the same as 2014; only a handful said they intend to reduce their budget in 2015 (quite possibly because they rolled out a new system in the previous year