Back in August, Yakima Valley Credit Union and Catholic Credit Union got the green light on their merger. Now the two Washington-based credit unions  have agreed to jointly abandon their existing names in favor of a completely new brand: Solarity Credit Union.

“Solarity is a name that represents energy; the liveliness of our people and the vigor that we put into the communities that we serve,” says Mina Worthington, President/CEO of merged credit union. 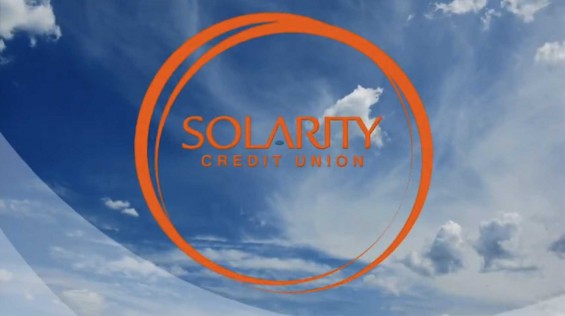 According to a statement released by Solarity’s two parents, the name’s inspiration derives from “the energy of our people, the abundance of our land, and the opportunities that are all around us.” 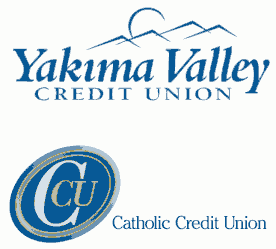 “The name reflects our commitment to engage, enlighten and empower,” they continue to explain. “Three words that radiate through all that we do — and all that we are.”

The new catchphrase for the brand — “Engage. Enlighten. Empower.” — uses a common convention among sloganeers known as “the three-word tagline,” with a little alliteration thrown in for good measure. About the new tagline, Solarity says “we are committed to nurturing people’s dreams and engaging them in achieving their financial aspirations, enlightening them to limitless possibilities, and empowering them to reach life’s most important goals.”

A spokesperson with Yakima Valley Credit Union said that they have only heard from a handful of members concerned about the name change. According to the spokesperson, the overwhelming reaction among members has been neutral- to positive so far.

Both credit unions had limiting names prior to the merger. Solarity is open to residents across the state of Washington. Generally speaking, credit unions don’t like to hamper a broad community charter with a name that only speaks to Catholics and/or the residents of Yakima Valley. There’s no reason to retain such demographically and geographically restrictive names when you can serve a population of 6.6 million people. A name change was likely in store for either credit union (or both) even if their merger didn’t go through.

The decision to go with a new name is smart for these two credit unions. If they retained the name from one credit unions, members from the other would feel like they were taken over, resulting in some ill will against the brand right out of the gate. It’s better to start fresh, which is what Yakima Valley + Catholic chose to do. There’s no baggage. It’s a clean slate.

(Script) Each new day, it’s an opportunity… to tap new energy …to grow …to expand our horizons and to reach our full potential. Today, we’re doing just that. Building on a long history of collaboration and partnership and teamwork, Yakima Valley Credit Union and Catholic Credit Union are joining forces to create an even stronger institution. Recognizing that we’re better together. We’re creating a single organization that will have the ability to empower an even greater community of members to realize what’s possible. To celebrate, we’ve created a new identity and a new name… one that is inspired by the best of both credit unions, positioning us for the future …a name that reflects our mission to enrich the lives of the people in the communities we serve. Yakima Valley Credit Union and Catholic Credit Union are becoming Solarity Credit Union. Solarity is a name that reflects our commitment to engage, enlighten and empower — three words that radiate through all that we do and all that we are. It’s about our ability to nurture people’s dreams and our desire to engage them in sharing their financial aspirations… enlighten them to limitless possibilities …and empower them to reach life’s most important goals. Together, we shine brighter, and illuminate a path for our members to thrive. We are Solarity Credit Union.

The new Solarity name isn’t a real word (it’s coined), although others have been using it. Presently there are over 400,000 search results for “solarity,” with top results including a popular band in the UK and a consulting company based in Kentucky.

Solarity Credit Union filed for a federal trademark with the USPTO on June 6, 2011. There are already two existing registered trademarks for “Solarity,” one owned by SPX a manufacturer of car diagnostic equipment, and another owned by a company making medical document solutions. There is a pending applications for Solarity photovoltaic cells. On the surface, it would appear that none of these companies will present any problems for the credit union in its pursuit of federal trademark protection. 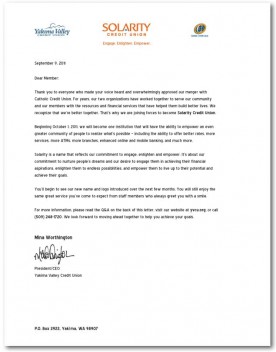 The two credit unions introduced their new name to members in a letter sent September 9. The Solarity name and logo will be officially launched on October 1, when a new website and signage will be rolled out. More materials bearing the new brand will be introduced in the months that follow.

Prior to the merger, Catholic ranked 885th out of 7,443 credit unions according to asset size, while Yakima Valley was 646th. The combined entity climbs to #400 on the list, and is in the top 5% when ranked by size of membership.

The two credit unions partnered with the financial branding and naming experts at Weber Marketing Group for the development of the new Solarity name. Weber Marketing has worked on over 40 credit union name changes, developing many of the industry’s more interesting — and controversial — choices, including Red Canoe, Copperfin, Optiva and Veristate.