Subscribe Now Get The Financial Brand's FREE Email Newsletter
A study of over 3,000 consumers reveals what drives satisfaction, why people refer some banks to their friends but not others, and what people look for when they've had enough and decide it's time to switch.
Subscribe Now!

Credio used the data to identify the criteria with the biggest impact on bank selection and satisfaction. From there, they determined which consumer segments are most loyal to their banks and why. They found that regional banks tend to have more satisfied customers than national banks, and consumers between the ages of 30 and 44 are more likely than any other age group to switch banks within the next year.

Credio’s survey asked respondents to identify which banking features were most important when they selected their primary banks. Overall, respondents stressed the importance of branch and ATM availability when selecting their banking provider, and the significance of brick-and-mortar locations held true across all demographics. 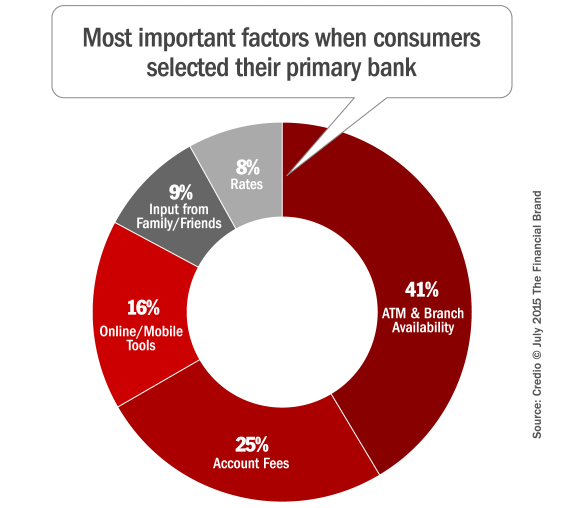 Credio calculated the Net Promoter Score for the ten institutions in their study. This standardized scoring system asks respondents to rate their banking provider on a scale of 1 to 10. Anyone who gives a rating of 9 or 10 is considered a “Promoter,” while anyone giving a rating of 6 or lower is considered a “Detractor” — everyone else (scores of either a 7 or 8) are considered “Neutrals” or “Passives.” The Net Promoter system takes the total number of Promoters, then subtracts the all the Detractors. The resulting number is the Net Promoter Score (NPS). Scores above 0 show that a bank has more advocates than critics. 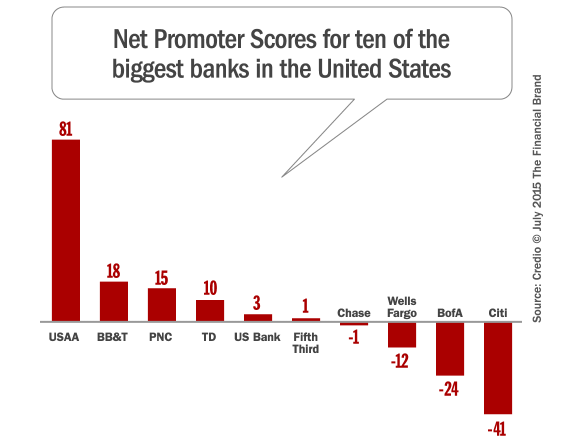 Credio’s NPS analysis shows that regional banks have more satisfied customers. BB&T and PNC are the market leaders in satisfaction, while USAA shows the industry what is really possible with over four Promoters for every one Detractor. The overall customer base at Chase is neutral, with number of Promoters almost equaling the number of Detractors. Customers at BofA and Citibank are the most dissatisfied. For every two Citibank promoters, there are roughly six detractors voicing frustrations with the bank.

The survey asked respondents to rank how willing they are to recommend their banks to friends and family. PNC , BB&T and TD Bank customers said they were the most likely to refer their institution, and (of course) USAA was off the chart. 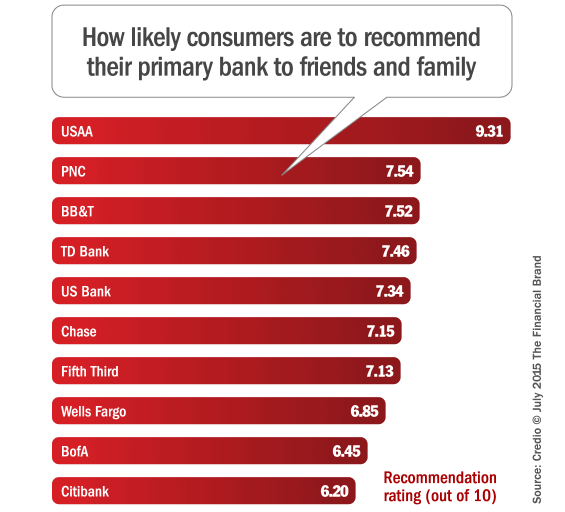 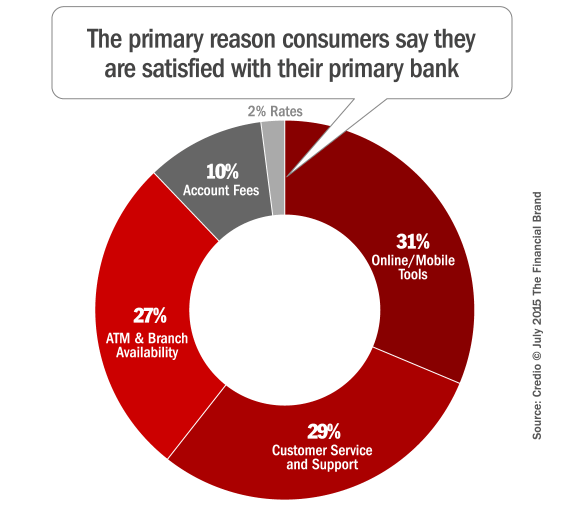 To determine which factors have the largest impact on satisfaction, Credio reviewed the correlations between how likely respondents’ were to recommend their bank and specific banking features. The analysis showed that customer service and variety of accounts are the key drivers of satisfaction. It also revealed that consumers aren’t thrilled with their banks’ mobile apps; a bad experience with a mobile app is likely to correlate with a negative overall satisfaction rating. 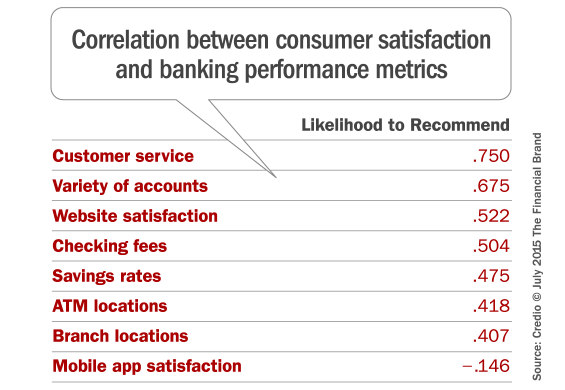