Subscribe Now Get The Financial Brand Newsletter for FREE - Sign Up Now
As legacy banks deal with outdated core systems and processes steeped in tradition, more and more challengers are entering the competitive fray, willing to fill the gap in digital expectations of an increasingly mobile consumer.

Not totally unlike the ‘free banking’ era in the U.S. during the mid-1800’s, there is a growing energy in the U.S., U.K., and globally around the establishment of new banking organizations to better serve the changing needs of today’s consumer. Never to be mistaken for the wealthy financiers Aaron Burr, John D. Rockefeller, Henry Wells or William Fargo, Mondo co-founders Tom Blomfield and Jason Bates are serial fintech entrepreneurs who want to create a new bank to meet the specific needs of the new digital consumer.

Based in the U.K., Mondo will be similar to organizations in the U.S. such as Moven, Simple and GoBank, and new U.K. mobile-first challengers Atom Bank and Starling Bank, building a banking app around a smartphone. But, unlike the majority of these neobanks, the startup will be a ‘full stack’, mobile-first bank with its own full banking license developing its banking software from scratch (Atom Bank also has its own banking license already).

Are we about to see a wave of new banks, created by start-ups or as offspring of existing legacy banking organizations to fill the widening ‘digital expectations gap’? 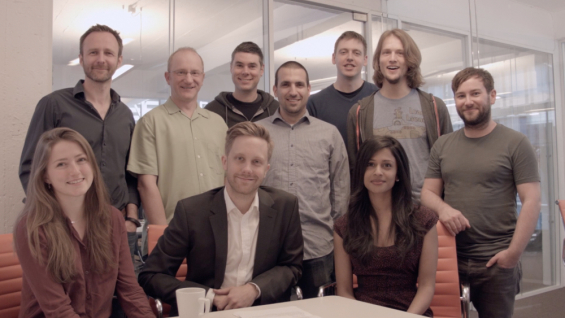 The Mondo team at their office in London

Similar to many of the new fintech challenger banks, Mondo will be leverage the power of the mobile device to provide real-time reporting of transactions, geo-locational mapping of transactions, and a highly simplified peer-to-peer payment capability. As opposed to trying to be a lot of things for a lot of people, the focus will be on providing the best current (checking) account for the digital consumer.

In an interview with The Financial Brand, Tom Blomfield, CEO of Mondo said, “Mondo is fundamentally different because our entire experience is designed around the smartphone. Legacy high street banks have thousands of branches to support and seem to think of mobile banking as an afterthought. We’re building our core systems from the ground up, based on today’s technology, rather than simply building a veneer over existing legacy software.”

Blomfield went on to say, “We’re focussed on making the best current (checking) account in the world, rather than trying to sell additional services such as mortgages, credit cards or payment protection plans. The customer will be able to access many of the services offered by others from within the Mondo app. What we want to provide is a great mobile current (checking) account.”

When we asked about the channels that Mondo will support, Blomfield was quick to respond, “We’re strictly online-only and mobile-first. We’ll gauge customer demand for a website, but for now, we’re focussing on making a great iPhone app. Our demographic doesn’t want branches or even access to call-centers. You should be able to do everything from your phone in seconds.”

Mondo is currently in a testing phase and has said it will be start ‘alpha testing’ with 500 prepaid debit cards that can be controlled by the app in October (consumers can become part of a waiting list similar to what Simple and Moven used years ago). Mondo hopes to get its full banking license at the start of next year and launch the banking app shortly thereafter.

How Will Mondo Work?

One of the benefits of building a completely new bank ‘from the ground up’ is the ability to process enormous amounts of data in real time and provide actionable alerts immediately, as opposed to hours, or days, later. In addition, starting from scratch allows the developers at Mondo to be responsive to the needs of potential consumers.

Mondo is using social media as a crowdsourcing platform to test design and functionality. On a regular basis, they engage with followers on Twitter, Facebook and Instagram and even have a survey (which also doubles as a new customer prospecting tool). 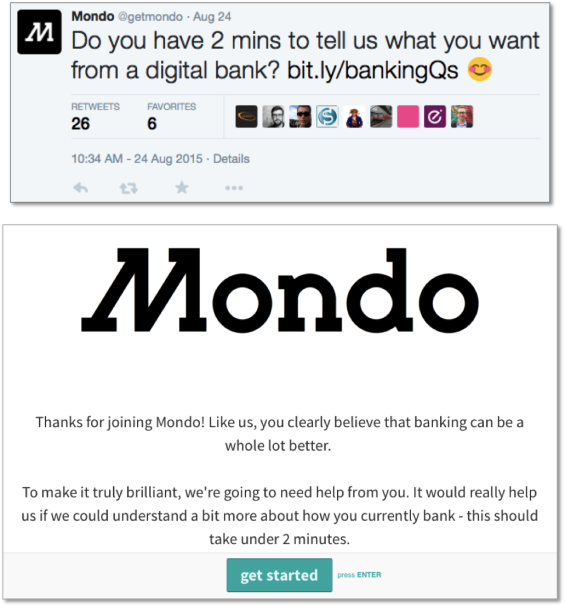 According to Blomfield, “We’re trying to build a bank out in the open, with the help of our customers. We share pictures and videos of our app online every day, and get an enormous amount of valuable feedback that helps us produce something better.”

“Technology is a core competency for Mondo and a source of real value. You can’t simply take a 1980s banking system and stick a shiny app on the front of it. Customers are pretty keen to tell us what they want to see in a new bank, and keeping up with modern technology allows us to deliver those things,” said Blomfield. 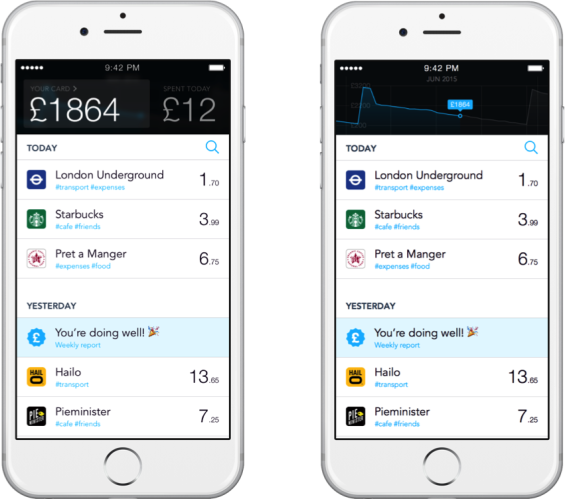 Beyond the ability to provide detailed transaction listings and an ongoing graphing of balance levels, each transaction will be tagged automatically with data such as location, type of business, pictures and logos. It also will provide the opportunity to indicate more specifically the type of purchase. An immediate notification of each transaction will also occur, providing confirmation of any purchase or funds transfer in real-time. 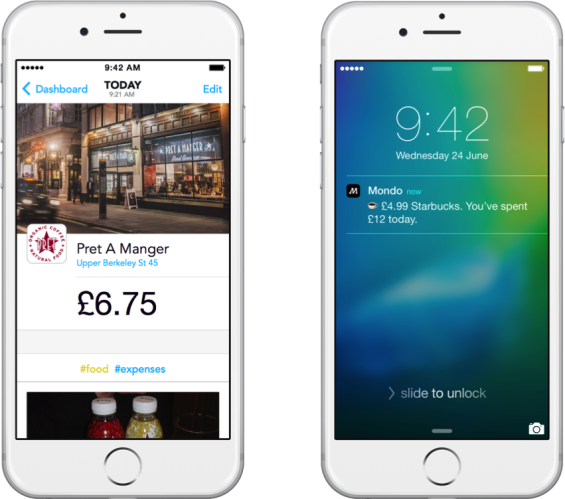 Leveraging the GPS functionality of the mobile device, transactions can be mapped as a way to see where spending was done during the week. As a further personal financial Management tool, recaps of weekly transactions are provided as well as comparisons to previous periods. 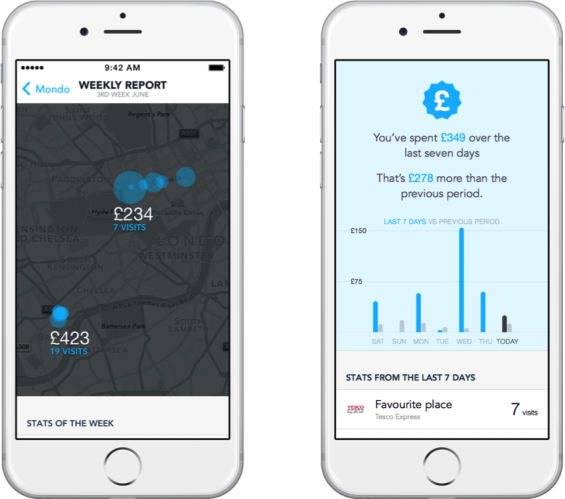 Finally, since the monitoring of transactions are done in real-time, it is possible to provide warnings related to low balances and provide the opportunity for the customer to access an overdraft line of credit if desired. Blomfield says, “Mondo aims to take a proactive approach by doing things like pre-warning a customer if they are going to be overdrawn before they actually go negative based on historical spending data and salary.”

With the ‘alpha testing’ and crowdsourcing process still underway, there will definitely be enhancements and changes to what has already been released, including a digital account opening process, integration with payment apps and the potential for wearable applications. In fact, when we asked Blomfield which antiquated process is he most focused on replacing, he said, “There are so many! Account opening is something we’re focussing pretty hard on right now – posting off paper forms makes me incredibly angry.”

As in the U.S. (and in most other countries) innovation has not been synonymous with the banking industry and much of the control of customer accounts reside with the largest financial organizations. In the U.K., the big four banks – Barclays, HSBC Holdings, Royal Bank of Scotland Group, and Lloyds Banking Group – control 77% of the country’s 65 million personal checking accounts. In the U.S., the top five banks hold over half of the industry’s assets.

This concentration can be somewhat attributed to a time when convenience was an overriding factor in choosing a banking organization and branches were the only way to bank. This is no longer the case. In addition, according to a 2014 Accenture study, only 60% of consumers say they’re satisfied with their bank. In other words, the industry is ripe for disruption.

And, while it used to be exceedingly difficult to start a bank in the U.K., the process has gotten easier in recent years. Thirteen new banking organizations have been approved since regulatory changes in 2013, including Atom Bank. When asked about working with the regulators, Blomfield said, “The licence process is still challenging, but it’s now within the realm of the possible. You can now launch a bank for £10m or £20m, rather than £100m or £200m as in the past.”

“Regulators here are much more progressive and open than in the U.S.,” says Eileen Burbidge, an American who’s a partner at Passion Capital, the London venture firm that in April gave Mondo $2 million in seed money. “If you’re doing leading-edge fintech, London is the place to be.”

An example of this easing of the regulatory burden can be seen with Atom Bank, that in June 2015 became the U.K.’s first digital-only lender to secure approval, just six months after it formally applied. Atom Bank plans to begin opening new digital accounts next year, using a mobile app to target small and medium-sized businesses and consumers.

In addition to the reduced hurdle of gaining regulatory approval, the financial incentive of competing with existing financial institutions, with their extreme overhead, is enticing. “Our big advantage is that our cost base is something like 1% or 2% of a traditional bank,” says Blomfield.

The Future of Increasing Competition

Overall, the features and functionality of Mondo should seem very familiar to those who have opened an account at Moven or Simple. In fact, Moven continues to enhance their offering, recently introducing functionality that uses real-time contextual insight to encourage savings, discourage impulse purchases and provide emergency funds seamlessly on a mobile phone or wearable device.

Similar to Mondo, Moven is structured around a prepaid debit card. Unlike Moven, Mondo is building an entirely new bank as opposed to an application layer of an existing financial organization.

Competing with legacy banks that have the advantage of assets, large customer bases, established systems and technology and experience is not an easy task for a fintech start-up. On the other hand, similar to a pick-up truck vs. a semi trailer in a tight turn, size also has its disadvantages.

Old core infrastructures that were built before the ATM were not built with digital technology or mobility in mind. As a result, it is more difficult to respond to the significant number of specialized fintech providers that are competing in service areas such as payments, mobile transactions and even advisory services.

“The big banks are full of really smart, innovative people who are unbelievably frustrated because: 1) their legacy technology cannot keep up, and 2) the internal politics and culture of getting stuff done is incredibly difficult,” said Blomfield. When asked whether legacy banks may launch digital subsidiaries as some organizations have already done, Blomfield quickly referred to the ‘innovator’s dilemma’, where profitable organizations grapple with whether to disintermediate existing profitable business lines with newer, less profitable alternatives.

On the other hand, not taking action may hasten the introduction of more and more innovative fintech organizations that eventually achieve the recognition and scale to make legacy banks take notice. By then … it may be too late.