Subscribe Now Get The Financial Brand's FREE Email Newsletter
Contamination fears drive consumers' growing preference for paying with a wave. eMarketer research indicates that more and more spending is migrating to mobile wallets, with Apple Pay substantially ahead of the pack. 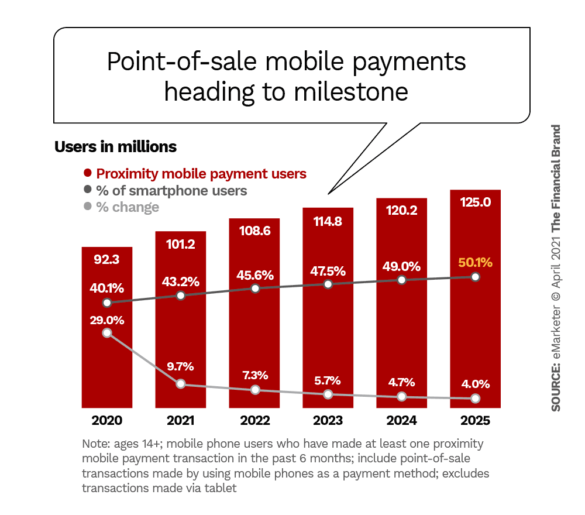 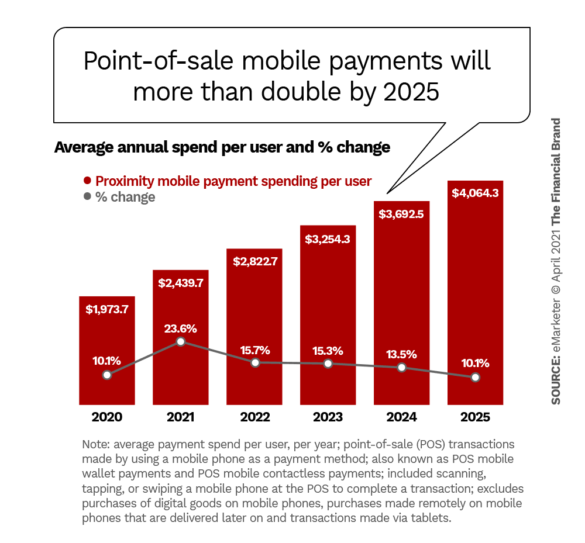 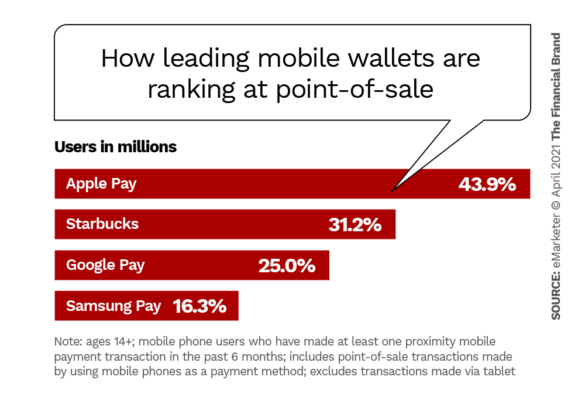