Subscribe Now Get The Financial Brand Newsletter for FREE - Sign Up Now
Amazon may not have immediate plans to launch a bank of its own, but their partnership model still poses real threats to traditional banking providers. Will retail banks and credit unions face the same fate as brick-and-mortar retailers like Borders and Barnes & Noble if they don't play Amazon's game?

In late 2019 Angela Strange, General Partner at Silicon Valley venture capital firm Andreessen Horowitz, predicted that “in the not-too-distant future, I believe that nearly every company will derive a significant portion of its revenue from financial services.”

Strange explained that this would not be by adopting banking charters, but by availing themselves of “infrastructure-as-a-service,” or, more specifically “banking-as-a-service.” The huge structural hurdles of getting into banking proper would be leveled for nonbanks by the banking industry itself, she predicted. She drew a parallel with software — it once took millions to set up to be a software company. Today, thanks to Amazon Web Services, “anybody can start a software company with a credit card and a laptop.”

Not long afterward, at Goldman Sachs Investors Day 2020, David Solomon, Chairman and CEO, revealed that the 2019 debut of the Apple Card would be only the first of a line of deals in which Goldman and its Marcus bank subsidiary would engage in “banking as a service,” giving nonbanks entrée to the financial system and its expertise.

In part because of Marcus’ focus on retail banking up until then, and its announced intention to introduce consumer transaction accounts in 2021, the industry’s eyes were on the consumer arena. But a few months afterwards, in the midst of COVID-19, hazy rumors were confirmed: Goldman was going to partner with Amazon in a program to offer small business fixed-rate lines of credit to the ecommerce giant’s third-party sellers. Both inventory and operational financing has already become available from Goldman, currently through by-invitation offers made through the Amazon sellers’ portal.

During Goldman’s Q2 2020 earnings call Solomon said that the effort was “being launched on a smaller scale at this moment” and that the company would use its proprietary digital underwriting platform in conjunction with data that the sellers provide to Amazon. Amazon’s seller portal indicates that the company’s own lending efforts, which started in 2011, will continue as well. In 2019 the company lent over $1 billion to 14,000 U.S. sellers in a setup about which few details are known.

Interestingly, though numerous nonbanks and fintechs took part in direct distribution of Paycheck Protection Program funds, Amazon didn’t. However, its AWS cloud computing operation developed a new portal for the Small Business Administration as the agency pushed to get the funds out through its banking and fintech partners.

Banking as a service is already a business mainstay for a small but growing group of banks. In time this partnership model could become vast. In congressional testimony in July 2020 Amazon Founder and CEO Jeff Bezos said 1.7 million small and medium-sized businesses around the world sell in Amazon’s online stores. Of that huge group, more than 200,000 sold over $100,000 apiece in 2019 — and 15,000 passed $1 million in sales in the same year.

“Third-party sales now account for approximately 60% of physical product sales on Amazon,” Bezos testified, “and those sales are growing faster than Amazon’s own retail sales.”

The credit partnership with Goldman could accelerate the “Amazon flywheel” effect that Bezos has spoken of for years. Once set in motion, it just keeps on going. On its own, Amazon made over $1 billion in loans to small business third-party sellers in 2019. The company also poured in $15 billion in logistics, tools, services, programs, content such as its Amazon Small Business Academy. Contrasted with the sales results Bezos reported to Congress, even Amazon’s own business lending program so far has only dipped a toe into the potential pool of business.

Partnering with Goldman isn’t at all out of character for Amazon. In fact, instead of launching its own bank, as many in the industry have feared, the company may have found a less-obvious but equally effective ways of offering financial products, and not necessarily for the reason that a bank would.

“Amazon,” said Patrick Gauthier, VP/GM at Amazon Pay, “is a very pragmatic company. We start with the customer problem and determine what is the best way to solve that problem. What do we have to build, what do we have to partner. And then we measure success. And rinse and repeat.”

Noted Gauthier, in a earlier article on The Financial Brand, “The fact that we can build something does not mean that we should.”

“It’s hard to claim that Amazon is building the next-generation bank,” states CBInsights in a report. “But it’s clear that the company remains very focused on building financial services products that support its core strategic goal: increasing participation in the Amazon ecosystem.”

While much was made a while back about Amazon partnering with a major bank to offer a transaction account, nothing has happened to date, and CBInsights points out that Amazon has held related patents since 2004. The firm’s analysts speculate that the major plus would be the security of Amazon’s AWS cloud facilities.

The CBInsights analysis boils the Amazon motivation down to three factors:

“In a sense, Amazon is building a bank for itself — and that may be an even more compelling development than the company launching a deposit-holding bank.” While the Comptroller’s Office indicates that there is renewed interest in its fintech charter and in its payments charter, under development, Amazon has been moving ahead to the beat of its own drum and its own design and its own clock. Indeed, CBInsights speaks of the company’s method as “unbundling” the bank, which interestingly parallels ideas brought up in interviews The Financial Brand has had with Acting Comptroller Brian Brooks and Forrester Principal Analyst Peter Wannemacher. 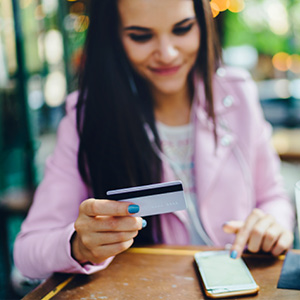 Partnership is a Standard Expansion Procedure for Amazon

The Goldman Sachs arrangement is just the latest Amazon deal with an experienced provider of financial services.

For example, Amazon has long partnered with banking companies on credit cards. Synchrony Bank offers the Amazon Store Card and the Amazon Prime Store Card. The latter gives unlimited 5% cashback on Amazon purchases. Synchrony expanded its partnership with Amazon in 2019 when it added secured-card variations for both cards under the “Credit Builder” name.

More recently, Amazon partnered with American Express to offer Amazon Business American Express Card and a Prime variation, again with a higher cashback rate. Both cards offer longer payment terms to the business user, 60 days with the regular card and 90 for the Prime version before interest kicks in, as an alternative to the cashback.

Amazon Cash enables the unbanked and underbanked to purchase on Amazon by uploading cash to virtual debit cards via various partners, such as Western Union and CVS Pharmacies. As CBInsights points out, this represents a source of growth for the company’s ecosystem by expanding the pool of ecommerce customers whose payment originates in the cash world.

Some fresh Amazon financial efforts have begun outside of the U.S., including the Smart Stores program launched in India in mid-2020. The program enables shoppers to shoot QR codes for their purchases with their smartphones and check out using Amazon Pay’s digital wallet, allowing consumers to choose multiple ways to pay for the purchase. Under Smart Stores Amazon also permits partner stores to set up Digital Storefronts that can be accessed anywhere.

Amazon’s investments in other companies that relate to its financial services ambitions have been legion over the years. The ecommerce giant has money to burn, as it is that unusual creature that does well in good times and in difficult times.

This is not to say that Amazon doesn’t develop much on its own. But the company has become a model of expansion through partnership.

In the ongoing pandemic period a major question mark is Amazon Prime Day in the U.S., a discount “sale” that expanded to a two-day event plus advance opportunities in 2019.

For the platform as well as its third-party sellers, Prime Day is huge. Amazon’s financial institution partners have done special tie-ins with the event, and many banks and credit unions have unofficially piggybacked with no formal partnership on Prime Day with their own special offers, such as quintuple points for Amazon purchases.

COVID-19 worries caused Amazon to postpone Prime Day here, with no date announced yet for the event usually held in July. During boom times this was a shot in the arm for the company and its sellers as well as the financial players, seeking volume. Prime Day in COVID Year is an unknown combination right now.