When you think of tech-savvy players in the digital banking game, credit unions don't usually come to mind. Alliant Credit Union is aiming to change that.
Subscribe Now!

Remote self-service access has long been an integral part of Alliant Credit Union’s strategy. They’ve been helping members through a variety of channels since they were founded back in 1935 to serve employees of United Airlines. With their members — pilots and flight attendants — traversing all around the world for work, having a big branch network wasn’t a priority.

Today, the credit union has 345,000 members and $9.5 billion in assets, making it the 8th largest in the United States. And yet they only have 12 branches — one of the highest branch-to-asset ratios in banking.

So when Alliant’s decided to pursue a transition to a digital-first model, it was a natural progression from their earlier roots.

“Today’s consumers value convenience, and are increasingly use digital channels,” says Dave Mooney, President and CEO of Alliant. “All the research out there underscores that banking is not ‘a place you go,’ it’s something you do. Today, your bank is in your pocket.”

“You have to be all in. It requires total focus and a disciplined commitment. If you want to keep one foot in the other world, you won’t be able to get there.”
— Dave Mooney, President/CEO of Alliant

What’s the credit union’s strategy? Their goal is to make it easy for members to conduct all their banking through online and mobile channels — even opening accounts. Because Alliant hasn’t relied on a traditional branch-based model the same way other retail institutions have, the shift to digital has been easier.

“We’ve actually been headed in this direction for a long time,” Mooney explains.

According to Michelle Spellerberg, VP of Marketing and Digital Strategy, about 80% of Alliant’s financial transactions now happen digitally.

To accomplish their transformation, the credit union had to adopt more of a fintech mindset and culture, which in turn required them to place a premium on the member experience. Mooney says the approach has forced Alliant to be a more nimble and agile organization. Cross-functional, interdepartmental teams need to work alongside third-party partners so they can come together quickly and work flexibly as one cohesive unit.

“That’s the only way we can research, design, develop and implement solutions that address real member challenges,” Mooney explains.

From journey mapping and behavior and decision-making research to Net Promoter feedback, Alliant says it is constantly reviewing data and striving to better understand and improve the member experience.

When members said they wanted easier on-the-go banking, Alliant delivered a new mobile and tablet app with such features as biometric fingerprint authentication, secure two-way instant messaging within the app, the ability to see account balances without logging in, and upgraded bill pay features with a built-in help guide. 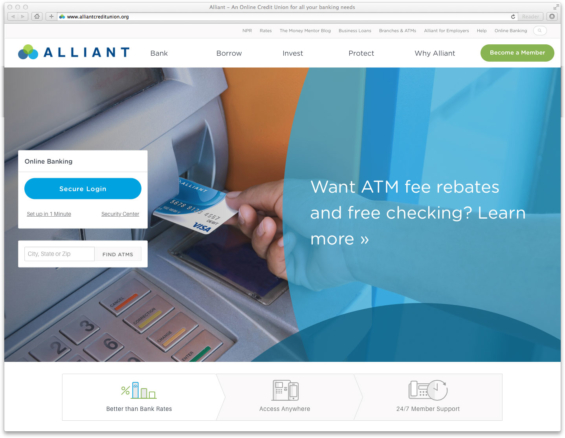 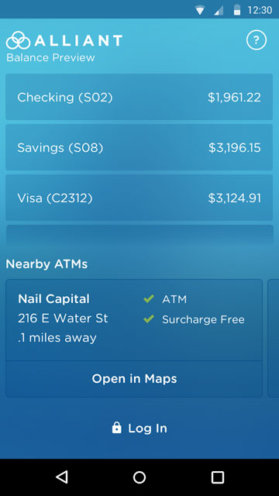 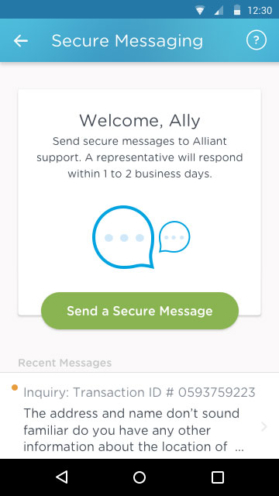 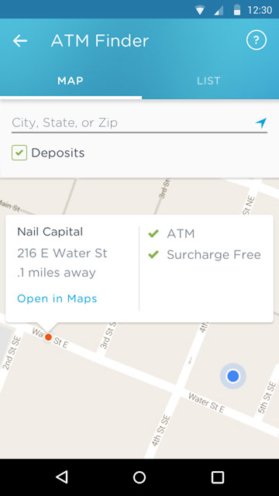 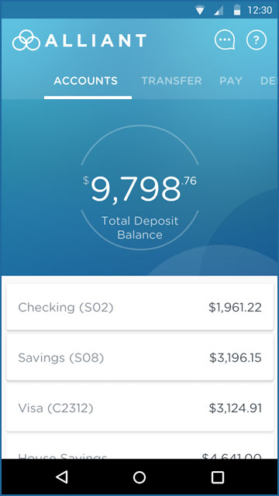 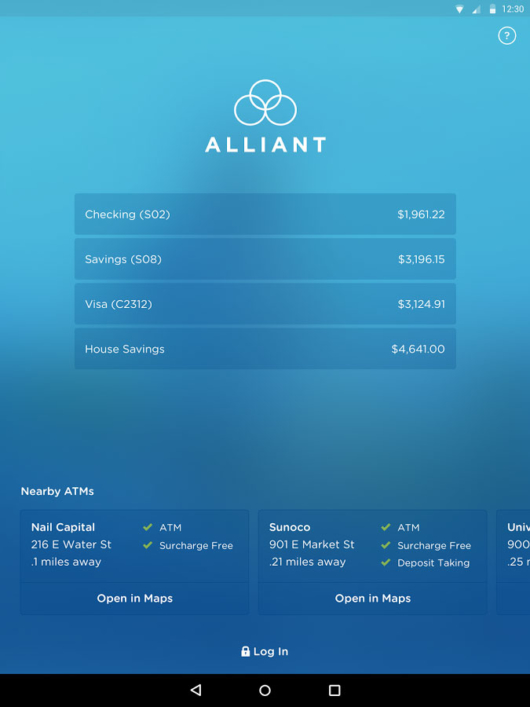 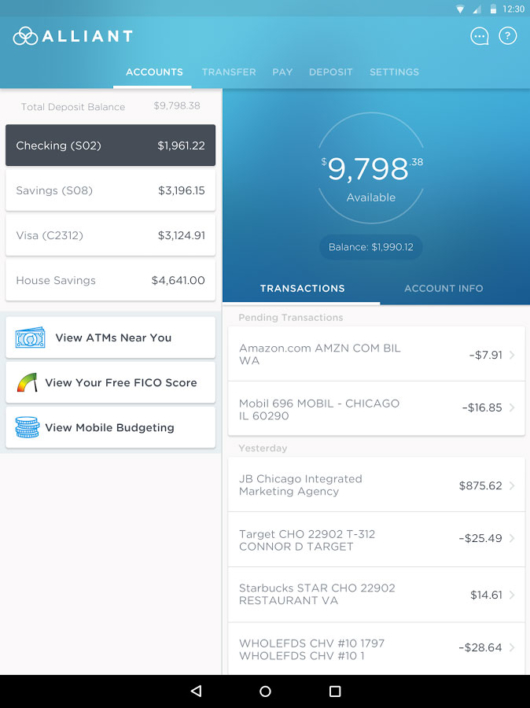 Spellerberg sees the new mobile app as just one chapter in Alliant’s overall digital-first story, which really kicked off in 2016 with a major overhaul of Alliant’s website, which needed to be much more mobile-friendly and responsive.

Drawing on a combination of industry research, market trends and extensive member surveys, Alliant learned that people wanted the credit union to be with them wherever they were, whenever needed. This informed the user experience design strategy, which took about a full year to develop.

For the mobile app, new features were selected and developed after analyzing scores of other banking- and financial apps. Staffers conducted the initial alpha tests, then groups of members and non-members beta-tested the app and provided feedback on everything from UX to functionality.

Alliant also tested ads on online sites including Pandora, NerdWallet, DepositAccounts, WalletHub and 20somethingfinance. These sites were specifically chosen for their ability to target the financially-savvy, digitally-minded consumers that Alliant wants to reach.

People Still Need People, Even in the Digital Age

Recognizing that people still need and/or prefer to speak with real human beings from time to time, part of Alliant’s vision for “digital first” has always included a workforce of highly professional and consultative phone-based representatives. In the old days, those working in a contact center typically only responded to requests, but Alliant sees the role as more consultative.

Could they deliver the experience and the level of service people expect exclusively in digital channels? Probably not. Alliant admits that the human factor is a critical element in the credit union’s success with its anywhere/anytime omnichannel strategy.

“Our goal has never been to go after the next shiny technology,” explains Spellerberg. “Our members trust us to listen, and that’s what we did. We relied on their feedback to help us create a great digital banking experience that solves their real-life problems,” said. “Our shift to digital is a change in thinking that mirrors both the marketplace needs and their needs.”

With Alliant’s target audience being tech-leaning, financially-savvy consumers, Spellerberg says that the credit union has found its digital-first model extremely liberating. Unlike the restrictive charters of yesteryear that limited credit unions to a specific field of membership or limited geographic market tethered to physical branches, Alliant is free to compete in any market, and can expand its reach nationally.

It Takes Digital Marketing to Support a Digital-First Strategy

Around the same time Alliant was rolling out its new website, the credit union was also taking a deep dive into the world of digital advertising.

Leveraging its CRM system — which includes a variety of marketing automation tools — has enabled Alliant to not do more than just cultivate leads. They are learning more about their members — from what information they are looking for, to actions they’ve taken (or not taken action) in which channel and at what stage in the journey. Using this information, the credit union is working on predictive models to figure out what each member might be interested in next.

Alliant Credit Union launched its first set of digital and retargeting ads in the summer of 2016 to promote a high-rate checking account, along with some brand awareness messages. The results exceeded their expectations, with new account growth increasing 137% year-over-year from May 2015 to May 2016 and 151% year-over-year from June 2015 to June 2016. The advertising spend was modest, keeping in-line with Alliant’s deliberate low-expense philosophy.

The Return on Digital-First

Last year, Alliant’s membership grew by 12%. Of those new members, 88% came through digital channels, and half joined as a result of word of mouth.

In the same period, Alliant’s deposits increased 12% and loans were up 22% with at least a third of that volume coming purely through digital channels. There has also been a 50% increase in mobile adoption rates, pacing at a significantly higher clip than online banking.

Mooney believes the ROI of their transformation is the result of the organization’s unwavering focus and resolve to a digital-first strategy. In simple terms, success wasn’t likely if they had tried to tip toe gingerly with a “digital lite” approach.

“You have to be all in,” Mooney says confidently. “It requires total focus and a disciplined commitment. If you want to keep one foot in the other world, you won’t be able to get there.”

The isn’t the only advice Mooney has for other financial institutions considering the digital shift.

“What’s needed is more attention to consumers’ behaviors and needs when designing the experience and developing services that are intuitive, easy, reliable and fit into how they use banking,” he says.

“The old dynamic in banking was that the institution set the rules, leaving consumers with limited options,” Mooney adds. “These days consumers aren’t limited to providers in their local, geographic area and their expectations are shaped by their experiences on Amazon or Zappos. The new reality is greater transparency and more choices in the marketplace.”