The 35 banks in the list claim some 8,817,837 likes out of a combined 1.5 billion customers. That means they are reaching an average of 0.6% of their base, or one in every 173 customers. If you exclude the three top-performing banks from the calculation, the average drops to one in every 525 customers — only 0.2% of their base.

Previous research conducted by The Financial Brand found that across all banks — not just the big boys — there is an average of one Facebook like for 710 customers. Banks included in that study had a combined customer base of 85 million people, 120,448 Facebook likes, or 0.14% of all customers.

Trying to express fans as a percentage of customers is tricky business because you can’t assume every like on Facebook comes from a customer. The Financial Brand has estimated that as many as 35% — maybe even more — of social media connections come from spammers, social media experts, industry insiders and those who live outside a company’s geographic reach.

Ironically, those financial institutions who claim the most fans tend to craft their Facebook presence around anything other than personal finance, ranging from charities to sports teams.

Chase was able to accrue nearly three million fans by giving away millions of dollars to non-profit civic organizations through its “Community Giving” campaign, first launched in 2009. Now in its third year, the bank has announced a further two-year commitment to its philanthropic Facebook initiative totaling $25 million. That’s not chump change. 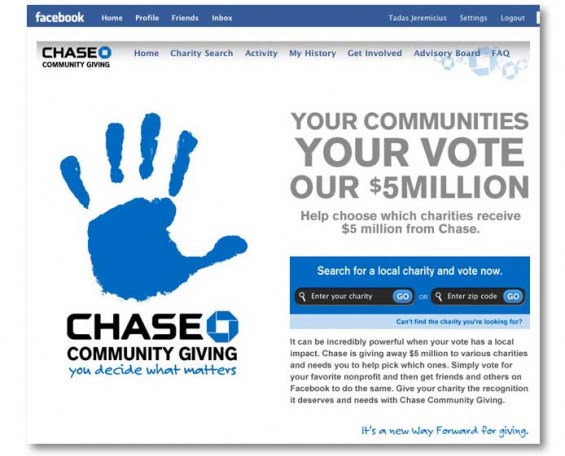 Barclays climb to nearly a million Facebook fans has been fueled by a focus on football. Similarly, RBS has used its affiliation with rugby to build a fan base totaling over 600,000. 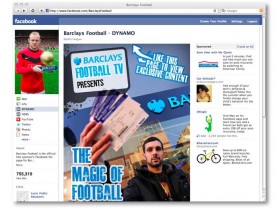 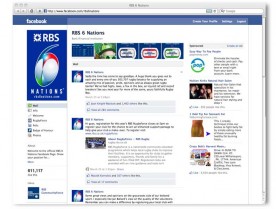 This indirectly proves how difficult it is for financial firms to organically grow a social media following by staying within the confines of their business model. It seems the subject of banking is just too boring to draw a crowd.

The Financial Brand has previously estimated that it costs approximately $1 for every Facebook fan a financial institution would like to add.