Here are the top 100 retail financial institutions on Facebook, Twitter and YouTube ranked by their Power 100 score for the second quarter of 2013. If you think your bank or credit union should be listed and it isn’t, click here. 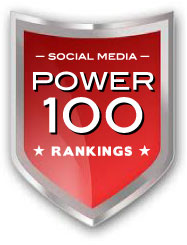 Banks and credit unions have been criticized for being slow to adopt social channels. This simply isn’t true. The financial industry has been among the most aggressive sectors to engage in social networks. But their results have varied widely. Only a handful have been able to build social communities of any significance.

To strip out some of the subjectivity associated with use of social channels, The Financial Brand has partnered with Unmetric to bring you the Power 100 rankings for banks and credit unions.

Since last April when the database was last updated, BofA jumped up two spots to #4 due to a huge surge in YouTube video views (many of those stemmed from a new TV ad campaign the bank debuted). BofA bumped both E*Trade and HDFC down a spot.

Navy FCU is the only credit union in the top 25 overall, but they edged up a couple spots into #12. A total of 21 credit unions worldwide made the top 100.

How is the Power 100 “Total Score” calculated?

The Financial Brand enables Power 100 users to rank banks, credit unions or both by their overall level of social media activity. These rankings are based on a score calculated in the following manner:

While the system is subjective, it has been carefully weighted (1) to adjust for the relative value of each social channel, (2) based on the range and averages for the financial industry, and (3) to adjust for the ease/difficulty of growing an audience in each channel.