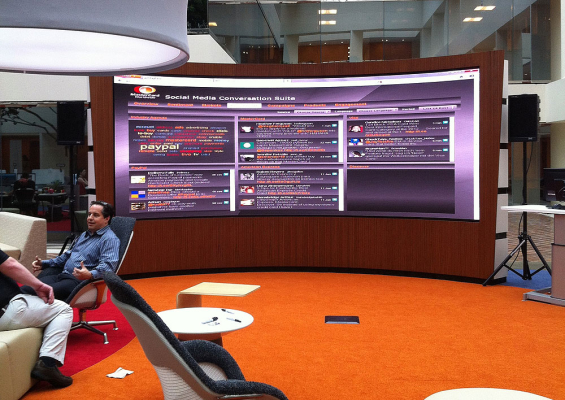 MasterCard has created the “Conversation Suite” — what the company calls a “dynamic, global insights and engagement engine” — in an effort to shift the company from merely monitoring social conversations to applying insights that “inform business decisions and foster more impactful communications.”

MasterCard describes the Conversation Suite as a web-based analytics tool, built in tandem with Prime Research and supported by a global team of social media experts that monitor, analyze and engage in conversations around the world, in real-time, 24/7.

The notion that MasterCard might use social media data to guide business decisions isn’t just abstract theory. The payments giant has already put the principle into practice. Earlier this year, MasterCard released results from its first ever global study of mobile payments space, based entirely on insights gleaned from 85,000 different comments scattered across social channels like Twitter, Facebook, blogs and forums around the world.

The study looked at social commentary over a six-month period and analyzed consumer conversations around mobile payments to assess people’s willingness to adopt mobile payment services. The study revealed a high volume of conversation and consumer interest in adopting mobile payments but cites security, customer support and confusion over the array of options available today as barriers to entry.

The study uncovered one big surprise: those who had already used a mobile money service were less positive and enthusiastic about the idea than consumers who hadn’t tried one yet. Early adopter sentiment was 58% positive, while those yet to adopt were 76% positive. MasterCard then used these insights to refine its MasterPass e-payments service.

“We quickly realized there was some confusion around what this product was going to be and how it would differ from Google Wallet. People also were concerned about safety and security,” said Marcy Cohen, VP/Senior Business Leader on MasterCard’s Worldwide Communications team, in an interview. “We fed this feedback to the team that was demonstrating the product on the show floor and changed the messaging around the product. We also quickly figured out who was driving the conversation around the announcement and fed them some of our key points.”

MasterCard is arguably one of the most successful financial companies to engage in social channels. In fact, if The Financial Brand included payments companies in the Social Media Power 100 rankings, MasterCard would sit alone atop the list as the world’s most successful institution using social channels today, edging out Citi, Chase, Capital One, BofA and everyone else. MasterCard has nearly 5 million Facebook ‘Likes,’ over a million more than Chase has on their “Community Giving” page — more than any other financial institution in the English-speaking world.

Here’s how MasterCard is doing in its respective social media channels:

MasterCard lists a number of benefits from its intensive immersion in social media. Beyond the Insights that they say now inform their everyday business decisions, MasterCard uses social intelligence to shape ideation and product development, spark brand engagement and awareness, track brand performance and reputation, and provide context around what consumers really want. 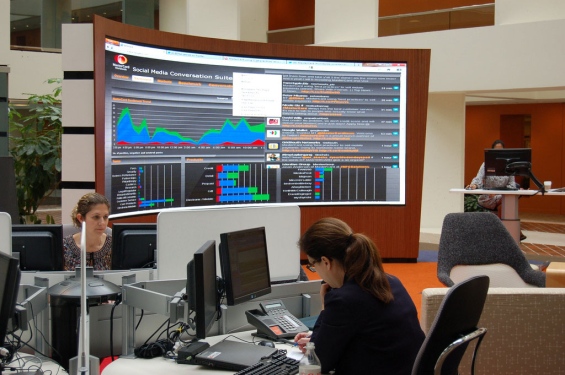 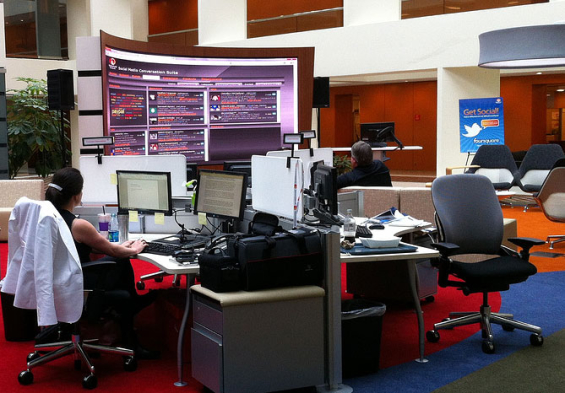 Reaching Nearly 1 in 6 People on the Planet

“I don’t talk about credit cards… ever,” notes Jason Falls, founder of Social Media Explorer. “I think 125,000 people a month is incredible. Put in context with other industries, it’s actually respectable.”

Reality Check: The majority of social chatter about financial institutions is almost always negative. So while an amazing number of “conversations” may be generated and those discussions can reach millions of people, you have to keep the net result in mind… a compounded distribution of negative sentiment.

“We’re doing this everyday across 43 markets and 26 languages in real time. And while that may seem like a lot to absorb, what’s compelling is what we do with all the insights we derive from social listening,” MasterCard’s Cohen wrote on the company’s Cashless Conversations blog.

Reality Check: You have to have a global financial brand offering products and services in 43 markets and 26 languages to get 125,000 people talking about you on social networks.

MasterCard has 959 million cardholders worldwide, plus hundreds of thousands of merchants. That means that only 0.0130% of their customer/user base is talking about MasterCard in social channels.

If you extend this math to a typical financial institution with 50,000 customers (or members) where 0.0130% of the base is talking about them, it translates to a grand total of only six people mentioning the bank (or credit union) in a six-month period. Whoopee… When you adjust the scale of social media mentions down for the average bank or credit union, you can be talking about net numbers so small they become irrelevant.

These numbers align with previous studies conducted by The Financial Brand, finding that a retail financial institution will see on average one relevant social mention per month for every $100 million in assets they have.

Jason Falls at Social Media Explorer is keen to point out the difference between content creation, content reach and content engagement. “90% of the people watch, 9% of the people react, and 1% of the people create,” Falls explains. “Considering it’s the payments industry industry where consumer passion is so low, 0.013% of people creating content ain’t bad.”

According to data collected for The Financial Brand’s 2013 “State of Bank & Credit Union Marketing” report, nearly half of all financial institutions say they aren’t presently monitoring the social web for mentions of their brand. Nevertheless, 1 in 5 say they “never or rarely” see anyone talking about them on social networks.

38% of all banks and credit unions don’t see more than five social mentions per month. More than half find 25 or fewer. A third have no clue.